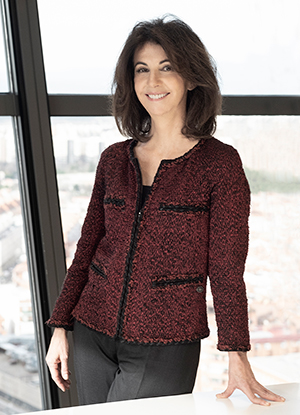 Almudena Arpón de Mendívil is Secretary-General of the International Bar Association (IBA). Her tenure is for the calendar years of 2019 and 2020.

During her mandate as LPD Chair, Ms Arpón de Mendívil promoted the enhancement of quality across the activities of the more than 48 committees and seven fora of the LPD, contributed to increasing the IBA’s visibility in the Middle East and China, developed the offering to Corporate Counsel and significantly encouraged collaboration between the IBA constituencies.

Ms Arpón de Mendívil is a partner with the Spanish law firm Gómez-Acebo & Pombo, where she leads the Technology, Media and Telecommunications (TMT) Group. Her expertise is diverse, with an emphasis on corporate, M&A, joint ventures and the like. In terms of industry, during her career she has been involved in some of the most relevant and complex cross-border transactions, which continue to shape the landscape of the TMT sectors.

Ms Arpón de Mendívil has been a member of the Board of Directors of the Spanish satellite company Hispasat and a member of its executive commission and of its appointments and remunerations commission (2013–2018).

She is Secretary General of Círculo Fortuny (the Association of Spanish Luxury Brands) and a member of the Executive Board of the European Cultural and Creative Industries Alliance.

Ms Arpón de Mendívil is also a member of the Executive Committee and of the Advisory Board of the Southwestern Institute for International and Comparative Law at the Center for American and International Law.

Since the early years of her career, Ms Arpón de Mendívil has been recognised as a leading practitioner in her area of expertise by legal directories. She has also been acknowledged as one of the most influential professional women in Spain (Unedisa, 2018), as well as one of the most inspiring women lawyers (Iberian Lawyer, 2018).

Ms Arpón de Mendívil graduated in Law from the Catholic Institute of Business Administration (1985), obtained a Master’s Degree in Community Law from the College of Europe in Bruges (1986) and a PiL from Harvard Law School (1990).

She is the author of several publications, such as International Joint Ventures in Spain (1992), the first Comments to the General Telecommunications Law (1999) and The Secretary to the Board and Directors’ Duties in Spain (2009).