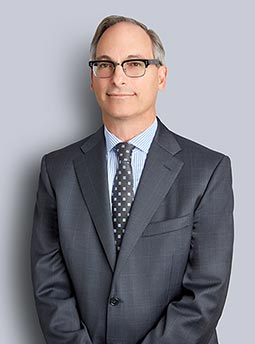 James Klotz is Vice-President of the International Bar Association (IBA). His tenure is for the calendar years of 2019 and 2020. He is also Chair of the IBA Task Force on the Future of Legal Services.

Mr Klotz has been a member of the IBA for more than 30 years and represented the Canadian Bar Association on the IBA Council for more than 20 years. In addition to being a member of the IBA’s Management Board since 2010, he has held a number of senior leadership posts, including: Chair, Bar Issues Commission (BIC) (2011–2012); Chair, BIC Policy Committee (2008–2009); and Co-Chair, International Sales Committee (2003–2004). During his multi-year role with the BIC, he was directly involved with the creation of the ‘IBA Guide for Establishing and Maintaining Complaints and Discipline Procedures’, the ‘Commentary on IBA International Principles on Conduct for the Legal Profession’ and the ‘IBA Anti-Corruption Guidance for Bar Associations’.

Mr Klotz is a partner in the Canadian law firm Miller Thomson, where he is Co-Chair of its International Business Transactions Group and leads the firm’s anti-corruption and international governance practice. Having led complex corporate and commercial transactions in more than 110 countries, he is regarded for his practical experience in the international business arena. From 2009 to 2012, he served as President and Chairman of the Board of Transparency International (Canada) Inc. From 2011 to 2014, he was a member of the Independent Governance Committee of the Fédération Internationale de Football Association. From 2013 to 2017, he was a member of the Allard Prize Advisory Board, Allard Prize for International Integrity.

Mr Klotz graduated from Osgoode Hall Law School, York University, Toronto (LLB, 1982), and returned as an Adjunct Professor of International Business Law (2003–2004; 2009–2010). In 2008, he received his ICD.D designation from the Institute of Corporate Directors. He is the author of several textbooks, including Power Tools for Negotiating International Deals (2000) and International Sales Agreements: A Drafting and Negotiation Guide (1997).