Arbitration in Practice: a close look at the IBA Guidelines on Party Representation in International Arbitration

Arbitration in Practice: a close look at the IBA Guidelines on Party Representation in International Arbitration

Part 4 of a 4-part webinar series

While it is widely accepted that the arbitrators running an arbitration will to a great degree determine both the integrity and efficiency of the proceedings, counsel also play a significant, if not equally important, role in the equation. International arbitration proceedings, being in a sense detached from any particular set of professional conduct rules or ethical codes, provide opportunities for party representatives to engage in “guerrilla tactics”.

The Guidelines seek to address this predicament by enunciating a set of norms and practices for party representatives, which includes not only counsel but any person who makes submissions, arguments or representations to a tribunal on behalf of a party, to ensure the fairness and integrity of arbitral proceedings. By taking the participants through the Guidelines, the participants will learn how to conduct arbitrations with professional integrity, which will ultimately translate to savings in costs for clients and a more readily enforceable arbitral award. 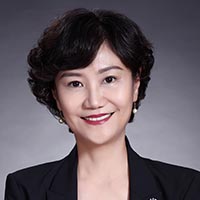 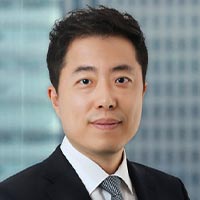 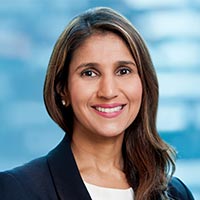 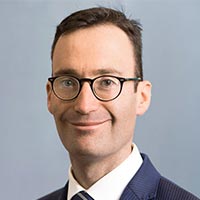 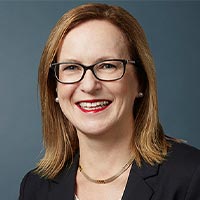 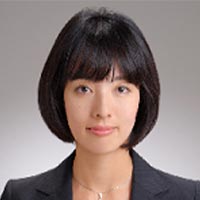 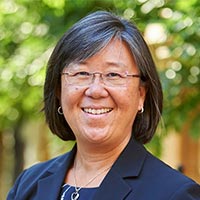 Ms. Helen Shi is a partner of Fangda Partners based in the Beijing office. She also serves as an ICC Court Member. Her practice focuses on dispute resolution, including international commercial arbitration and litigation. Recognized by Chambers & Partners as “an icon of arbitration”, Ms. Shi has handled more than 100 cases, representing many multinational companies and large domestic enterprises in a breadth of disputes, including equity acquisitions, oil and gas projects, hotel management, aircraft leasing, and construction disputes in litigation before Chinese courts and in arbitration cases before the ICC, the AAA, SIAC, HKIAC, CIETAC and ad hoc arbitrations under UNCITRAL rules.

She has heard over 50 cases (including CIETAC and ICC cases) as arbitrator. She has also provided Chinese legal opinions and testified as an expert in a number of China-related overseas court cases and arbitrations, including an arbitration conducted before HKIAC and an ad hoc tribunal in London, and court proceedings in Hong Kong and Canada. She is qualified in China and the State of New York.

Chambers & Partners remarks: “Helen is widely considered as one of the leading practitioners in the arbitration arena. She is especially well known for handling SIAC and HKIAC cases and is regularly instructed by entities from the energy, media and investment sectors. She receives praise from many sources, one of whom remarks: ‘She is a client-oriented person and we have had good experience working with her. In terms of professional knowledge and ability to handle our needs, she is superb.’”

Who’s Who Legal says: “Helen Shi is an acclaimed lawyer, recommended for her strong experience as both counsel and arbitrator in international commercial disputes.”

Tan Swee Im is a Chartered Arbitrator and an international arbitrator member at 39 Essex Chambers, based in their Kuala Lumpur office. Her focus is on the construction, infrastructure and energy sectors with extensive experience ranging from the early procurement strategy stage, to contract drafting, advisory during the project life, through to dispute resolution. She has spent more than 30 years in these sectors in counsel and advisory roles, including having been seconded to the KL International Airport and Malaysia-Singapore Second Crossing projects, been an in-house counsel and founded a boutique legal firm in 1999. She is now a fulltime Arbitrator and Adjudicator and Accredited Mediator. She is a panel arbitrator of AIAC, SIAC, HKIAC, an Advocate & Solicitor of the High Court of Malaya, Barrister-at-Law (Middle Temple), FCIArb, FMIArb, FAIADR, FCIOB, FMSAdj, FDBF and holds a Diploma in International Commercial Arbitration.

Bronwyn is a partner of Corrs Chambers Westgarth.

She has a particular focus and expertise in joint ventures, shareholder agreements, agency and distribution agreements and service and technology agreements. Her experience spans a range of industry sectors, including mining and resources, infrastructure, telecommunications, pharmaceuticals, property and consumer goods.

In 2016 Bronwyn was appointed by the Federal Attorney General as one of Australia’s four designated ICSID conciliators. Amongst other roles, she is a director and Fellow of ACICA, a director of the Australian Disputes Centre, chair of the Melbourne Commercial Arbitration and Mediation Centre and a member of the ICC Commission on Arbitration and ADR.

Daniel Kalderimis leads New Zealand’s international law practice at Chapman Tripp. With world-class expertise in cross-border litigation and international arbitration, he publishes widely and is the only New Zealand firm practitioner listed in Who's Who Legal: Arbitration, which says, “He has real genius and a razor-sharp understanding of legal issues, which he translates into effective advocacy" (2019). He is recognised as a leading lawyer by Chambers Asia Pacific 2020 and Chambers Global 2020 and also as a leading individual for dispute resolution by Legal 500 Asia Pacific, where he is included in the Hall of Fame for having been listed for eight consecutive years.

Yoko Maeda is a partner in City-Yuwa Partners’ Dispute Resolution Group based in Tokyo, Japan. She advises on both international commercial arbitration and court litigation proceedings in Japan. Yoko has particular experience of Pharmaceutical & Medica Device disputes, disputes arising from joint ventures, franchise agreements, and distributorship arrangement. Amongst other positions, she serves as an alternate ICC court of arbitration member from Japan.

Yoko has active practice as counsel across under the arbitration rules of ICC, JCAA, SIAC, HKIAC, AAA/ICDR, and VIAC. She also serves as arbitrator in various institutions.

She is qualified in both Japan and New York.

Sup Joon Byun is a partner in the International Dispute Resolution Group and Merger & Acquisitions Practice Group of Kim & Chang.

Mr. Byun has extensive experience in international dispute resolution including international arbitrations administered by a wide array of institutions, including ICC, LCIA, SIAC and JCAA as well as ad hoc arbitrations and investment treaty arbitrations. He specializes in advising clients involved in cross-border investment and M&A-related disputes as well as disputes arising in connection with large-scale infrastructure / construction projects.

Mr. Byun’s recent work include representing the Government of Korea in an investment treaty arbitration filed by a foreign investor, representing a major construction company in connection with a power plant dispute in India, representing one of the largest cosmetics companies in Korea regarding post M&A and intellectual property disputes, and representing a major telecommunications company in a dispute relating to a European public infrastructure project.

As a member of the Merger & Acquisitions Practice Group, Mr. Byun also has extensive experience in a wide range of cross-border transactions, including share and asset purchases and joint ventures, and has handled many high-profile transactions, advising international businesses and private equity funds in acquiring major Korean companies. He is also known for his expertise in counseling top Korean conglomerates on outbound transactions.

Prior to joining Kim & Chang in 2004, Mr. Byun was an associate in the corporate department of Wachtell, Lipton, Rosen & Katz, New York.

Sapna Jhangiani QC specialises in international arbitration, and is called to both the English Bar and the Singapore Bar. She practised in London, New York and Dubai, before commencing practice in Singapore in 2011, where she is a Partner at Clyde & Co Clasis Singapore.

Sapna has managed cases spanning a number of industries under local and international sets of arbitration rules, including those of the ICC, SIAC, LCIA, SCMA, DIAC, DIFC-LCIA, AIAC, LMAA, HKIAC, and the UNCITRAL Rules. She has represented clients in arbitrations seated in Hong Kong, Singapore, Dubai, London, Paris and Mauritius, and governed by the laws of Singapore, London, PRC, Hong Kong, India, Myanmar, France, Malaysia, UAE, Korea and Mauritius, amongst others.

Who's Who Legal has described her as "a top name for international arbitration in Singapore", and "a charming advocate, who is well respected within the arbitration fraternity."

Sapna is a Fellow of the Singapore Institute of Arbitrators, an IBA Asia Pacific Arbitration Group Ambassador, a member of the SIAC Users' Council, the SCMA Procedure Committee, and the ICC Singapore Arbitration Group. In addition, she is a Fellow of the Chartered Institute of Arbitrators, and the Vice Chair of the Singapore branch. She holds an undergraduate degree from Oxford University and a diploma in international commercial arbitration from Queen Mary University London, in which she graduated with distinction.