American presidency: appointment of Haspel as CIA Director re-ignites debate over use of torture

At the end of May, the European Court of Human Rights condemned Romania and Lithuania for complicity in the CIA’s ‘extremely harsh’ treatment of the detainees Abd al-Rahim al-Nashiri and Abu Zubaydah at European black sites during the so-called ‘war on terror’.

But the European Court said this inhumanity paled next to the ‘most brutal torture’ and ‘shocking… cruel treatment’ that the CIA had inflicted on the same men elsewhere.

Also in May, a matter of days before, the US Senate confirmed as CIA Director the woman who presided over Al-Nashiri’s most brutal torture and sought to conceal Abu Zubaydah’s.

The Senate approved Gina Haspel with the help of six swing-state Democrats, after many leaders of the intelligence and security establishment rallied around her.

Ambassador Lee Wolosky, former Special Envoy for Guantanamo Closure, whose role it was to conclude this chapter in American history, defended Haspel.

‘She's an intelligent professional; she's the first woman CIA Director, which is noteworthy and important; and she's qualified. As much as I may dislike the President, he is constitutionally entitled to pick the people he wants subject to advice and consent,’ Wolosky tells Global Insight.

"President Obama changed the policy, but he didn't criminally pursue or ban from promotion civil servants who were serving the country by implementing it at the time

‘Obviously I am against enhanced interrogation techniques. But, I also think we would be doing ourselves a disservice if we exclude individuals who served the US Government with distinction for 30 or 40 years solely because they were a part of an apparatus that was deemed lawful and was the policy of the country at the time. President Obama changed the policy, but he didn't criminally pursue or ban from promotion civil servants who were serving the country by implementing the policy of the administration at the time. I do think that was the correct course.’ 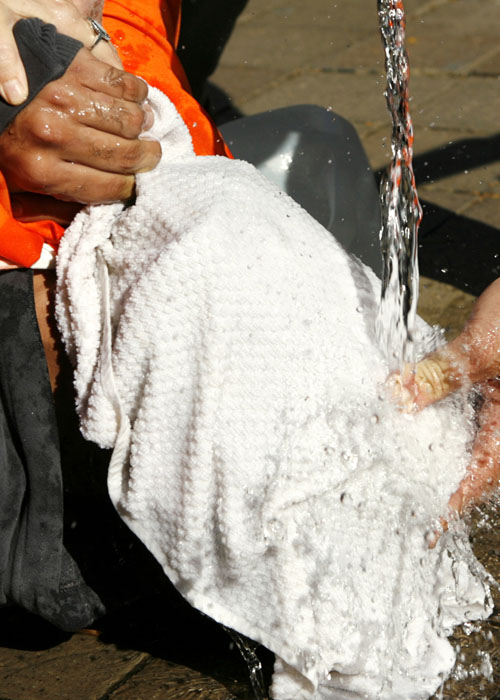 Perhaps reflecting the mood of the Senate and the nation, Haspel at her confirmation hearing forswore the counter-terrorism excesses of the Bush era, without quite expressing regret or condemnation. ‘I would never, ever take the CIA back to an interrogation programme,’ she said in a series of carefully-worded vows.  ‘I would not put CIA officers at risk by asking them to undertake risky, controversial activity again,’ and ‘I would not allow the CIA to undertake activity that I thought was immoral, even if it was technically legal. I would absolutely not permit it.’ She nevertheless insisted that the agency’s actions were legal at the time. ‘I’m not going to sit here, with the benefit of hindsight,’ she said, ‘and judge the very good people who made hard decisions, who were running the agency in very extraordinary circumstances.’

Daphne Eviatar directs the Security with Human Rights programme at Amnesty International USA. ‘What she said at the hearing was: “I wouldn't expose CIA agents to that experience again.” She expressed zero regret for the victims,’ says Eviatar.

As for the argument that Haspel is a feminist pioneer, Eviatar is sceptical. ‘When you're talking about someone who apparently engaged in, supported and supervised torture, it's really not relevant what gender she is. It's sort of sad that gets used by certain people in politics as a way of trying to circumvent norms and law by saying, "Well if she's a woman that's important in itself." As if somehow that makes up for violations of the law and undermining of international norms. It just doesn't.’

In late 2002, Haspel supervised the CIA black site; in Thailand where al-Nashiri was waterboarded. ‘She’s a confirmed torturer,’ says Alberto Mora, who was general counsel of the US Navy during the George W Bush administration between 2001 and 2006, ‘nobody reasonably disputes that.’

But former CIA general counsel John Rizzo has written that Haspel, as Rodriguez’s chief of staff, was herself among ‘the staunchest advocates inside the building’ for destroying the videos. Over a hundred former generals and admirals argued in a letter to the Senate: ‘We did not accept the "just following orders" justification after World War II, and we should not accept it now. Waterboarding and other forms of torture or cruel and inhuman treatment are – and always have been – clearly unlawful.’  Eviatar concurs. ‘Despite the understandable desire not to demonise people who did what they were told to do,’ she says, ‘the country has to acknowledge and make amends and have some sort of accountability.’

But, Haspel’s confirmation was not to be the moment when America came to grips with the dark history. About all we’d know from the hearing is that ‘Haspel likes Kansas basketball,’ remarks Mora, now a Senior Fellow at the Harvard Kennedy School of Government’s Carr Center for Human Rights Policy. ‘There’s no public understanding of… the fact that she was chief of staff of the torture programme.’ On that basis, he argues, ‘we can presume that she knew of the totality of the programme, and was acting as the chief of staff would act as the right hand man and implementer to the director.’

But perhaps what most appalls her opponents is that Haspel was personally involved. ‘She was present during the totality of al-Nashiri's torture,’ says Mora. ‘It's one thing to be back at CIA headquarters and to deal with the paper and the ambiguities that were associated with the programme, and another thing to be in the torture dungeon applying the whip or applying the water or directing others and watching the blood, the groans, the sleeplessness, the hallucinations, and the dozens of other painful effects that she would witness directly, because she was looking into al-Nashiri's face.’