The Long Arm of Justice: from Africa to The Hague and the SDGs

Demonstrating a series of significant firsts in international judicial history, Africa has played an important role in what has been a remarkable year for justice.

With the American presidential election taking up much of the media headlines lately, you would be forgiven for missing Africa’s historic role in international law this year. The African Continent, through the Extraordinary African Chambers (EAC), tried its first African head of state for war crimes; while the governments of Niger and Mali collaborated to help further justice in The Hague, in what was the first cultural heritage case at the International Criminal Court (ICC). For a region where international justice may be regarded by some as a possible vestige of colonial overreach, these trials highlight Africa’s leading role in pursuing international justice –and give us confidence in its global appeal.

The effort to obtain justice for the victims of Hissène Habré, Chad’s former President, has been more than a decade in the making. Habré was indicted in 2000 for crimes against humanity and other crimes, wherein his government was involved in the murder, torture and abuse of tens of thousands. By its own statute, the ICC lacked jurisdiction to hear the case and since Habré fled to Senegal years before, it was Senegal which became host for the groundbreaking trial.

To establish Senegal’s jurisdiction over foreign crimes by a foreign leader, the African Union created the Extraordinary African Chambers to hear the case. In Habré’s case, the EAC became an instantly unique court, exercising universal jurisdiction for human-rights abuses in Africa, sentencing Habré to life imprisonment for his crimes. 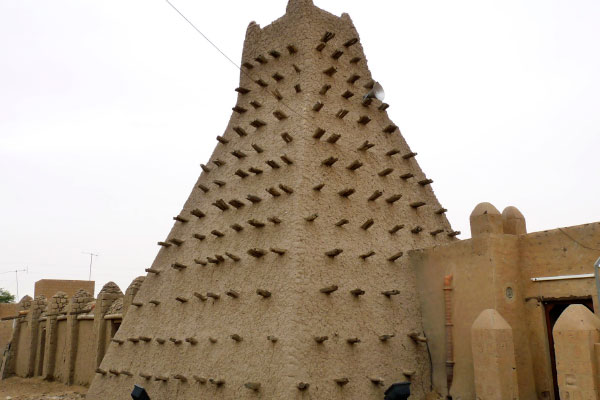 In addition to bringing some semblance of justice for the victims and advancing the rule of law in Africa –and the world – the EAC stands as a living example of how an ‘African solution to an African problem’ coexists with a notion (which a minority hold) which assumes that all such war crimes trials should occur in The Hague. Indeed, the EAC represents a founding intent of the ICC: that local jurisdictions should be the focus of such trials and that the ICC only takes such cases if the jurisdiction in question is unable or unwilling to take action.

This balance between regional and international justice played itself out this summer: while the EAC rendered justice in Africa through the Habré conviction, the ICC played a distinctive role in helping provide justice for a cultural heritage case from Mali, which was supported by numerous African countries and international leaders.

In a unique case, the government of Niger extradited Ahmad al-Faqi al-Mahdi, an Islamist militant, to the ICC in 2012. The accused faced charges that he ‘intentionally direct[ed] attacks against buildings dedicated to religion and historical monuments’ in the ancient city of Timbuktu, Mali. As an example of the importance the international community places on our collective cultural history, this trial represents the first cultural heritage trial at the ICC.

Perhaps equally significant, the trial of al-Mahdi represents the first time an accused has pled guilty at the ICC –admitting to the destruction of nine mausoleums, as well as the Sidi Yahya Mosque – a UNESCO world heritage site. These sites were the ‘embodiment of Malian history captured in tangible form from an era long gone.’

Guilty pleas are rare at international criminal tribunals and international courts, thus it is worth reflecting on the possible contribution this Africa-related case made to the cause of establishing the historical record at the ICC.

According to al-Mahdi: ‘I seek their forgiveness and I ask them to look at me as a son who has lost his way’. He continued: ‘[w]e need to speak justice even to ourselves. We have to be truthful, even if it burns our own hands…’ adding that, ‘[a]ll the charges brought against me are accurate and correct. I am really sorry, and I regret all the damage that my actions have caused’. 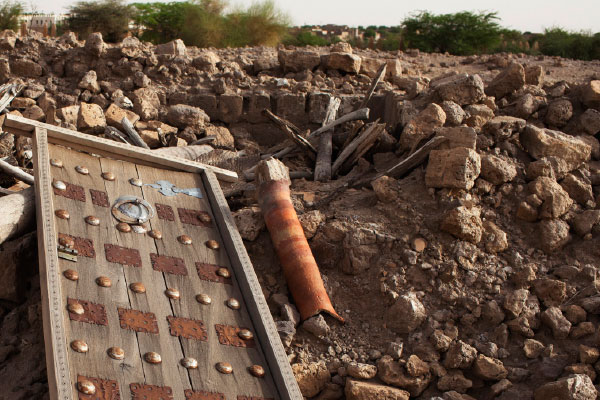 The rubble left from an ancient mausoleum destroyed by Islamist militants, as seen in Timbuktu, 25 July 2013.

Such words of regret are that much more powerful when seen in contrast with the cultural heritage tragedy that is on-going in the ‘cradle of civilization’ in the Middle East.

Indeed, the war-time destruction of cultural property and looting of so-called ‘blood antiquities’ by ISIS and others, in places like Syria and Iraq, has been deemed ‘cultural cleaning’ by Irina Bokova, Director-General of UNESCO. Thus, it is significant that the al-Mahdi case led not just to a guilty plea, but to a unique collaboration between the ICC and UNESCO, to help further the prosecution case.

As we approach the end of the year, it is worth recalling that this was not just a year of an American election cycle – it was also a year of important ‘firsts’ in judicial history. Like many of the important ‘firsts’ of international justice – the major trial of a head of state, Slobodan Miloševicfor war crimes; the trial of an African head of state, Charles Taylor; the war crimes trial of a Middle Eastern dictator, Saddam Hussein; or the genocide conviction in Europe of Radislav Krstic– this summer’s cases at the EAC and ICC have demonstrated that Africa plays a unique role in the development of international justice.

As the world considers the importance of this on-going experiment of international justice, which began in Nuremburg, we should be humbled at how much has been accomplished in such a relatively short time in human history.  Indeed, this year serves as an example for all those who strive to support the Sustainable Development Goals (SDGs), including SDG Goal 16: peace, justice and strong institutions. As we look to the one-year anniversary of the SDG’s, we have much to learn from and much yet to do.