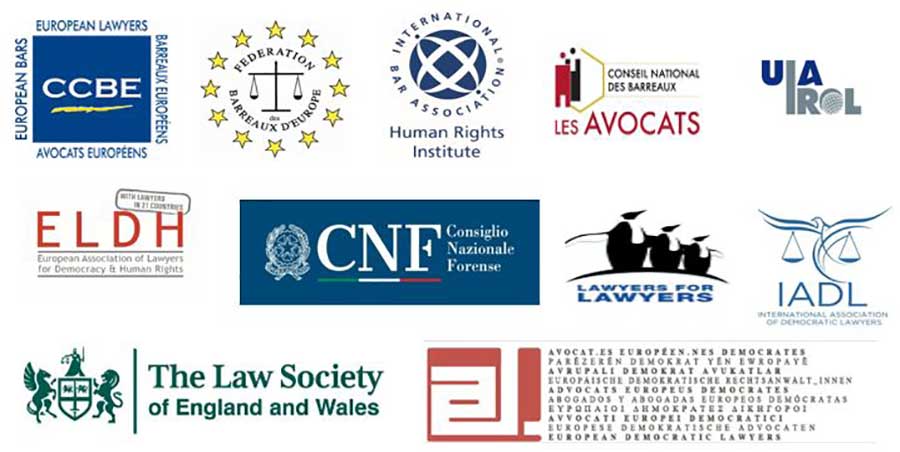 The right to a fair trial has long been recognised by the international community as a fundamental human right.  Without a fair trial every individual risks becoming the victim of a miscarriage of justice.  Either as an innocent suspect wrongly convicted, or as a victim unable to secure justice for a wrong perpetrated against them.

Ebru Timtik was one of 18 lawyers in Turkey who were members of the Progressive Lawyers Association, some of which were working at the People’s Law Office, made subject to a prosecution in the Istanbul 37th Assize Court under Articles 314 and 220 of the Turkish Penal Code for terrorist offences. She and her colleagues were convicted on 20 March 2019 after a trial during which basic procedural safeguards and internationally recognised fair trial principles were ignored. Her conviction was based on the testimony of anonymous witnesses, many of which gave inconsistent testimony in relation to alleged facts and time periods. Documents allegedly obtained from government authorities in Belgium and the Netherlands were never authenticated but they were nevertheless used as grounds for convictions without her lawyers having access to them. The originals of digital documents which were allegedly seized in a musical centre were also not made available to the defence lawyers. They could not see, analyse or challenge these documents which were never shown to have existed. Lawyers acting in her defence were frequently prevented from participating in the proceedings and in some circumstances were excluded.

The defects in the trial process led Ebru Timtik together with one of her colleagues, Aytaç Ünsal, to commence a ‘death fast’ following a hunger strike which began on 5 April 2020, the Turkish ‘Day of the Lawyer’. Sadly, on 27 August 2020 Ebru Timtik died whilst continuing to protest both her innocence of the charges on which she had been convicted, and the lack of respect for fundamental fair trial principles in the criminal justice system which had prejudiced both her and her colleagues, and many thousands of other individuals in Turkey.

In recognition of her sacrifice, and in order to focus attention on the plight of those in countries around the globe who are facing prosecution in circumstances where fair trial principles are not being observed or respected, a number of international bar associations and lawyers’ organisations have come together to arrange an annual ‘International Fair Trial Day’ which will be observed every year on 14 June.

Steps are also being undertaken to introduce a new annual Ebru Timtik Award to recognise an individual or an organisation who has or which has made an exceptional contribution towards securing fair trial rights in the country on which the International Fair Trial Day is focusing for the year in question. Each year a conference will be held, either online or at a physical location in a country chosen because of the level of concern with regard to the lack of respect for fair trial rights in that jurisdiction at that time. There will also be events in the countries across the word on each International Fair Trial Day to raise awareness of the situation in the focus country.

We invite you/your organisation to support International Fair Trial Day and attend the conference. Further details of the programme and of the speakers who will address the conference will follow over the next few months. For now, we would ask you to hold the date to recognise what we hope will be an important annual event and prize-giving on the international rule of law calendar.