Changing of the American guard

The death of one of America’s highly influential Supreme Court justices is always a significant moment – even more so in an election year. Global Insight assesses the major implications not just for the US, but the rest of the world.

The death of a US Supreme Court justice is always an historic event, but the sudden passing of Associate Justice Antonin Scalia on 13 February created an unprecedented furore. It was only the second time in the past 60 years that a justice has died in service. His death also came at a time when the US is already in the full throes of an election year and President Obama had just 11 months of his final term on the clock.

As the highest federal court in the land, the Supreme Court is not designed to be a political branch of the US government. However, historically the nomination process for justices, which are appointed by the president, has often been viewed as controversial and, in recent years at least, politically motivated.

The 79-year-old Italian-American judge was appointed to the court by President Ronald Reagan in 1986. Known for his staunch conservatism, Scalia earned fame and also infamy during his three decades on the bench for his controversial decisions, dissents and often strong opposition to issues such as same-sex marriage, abortion and gun control. 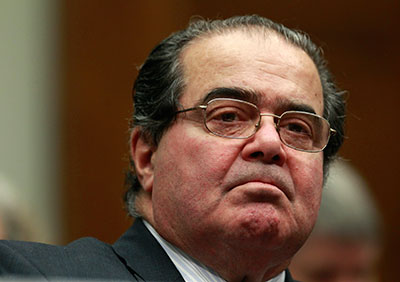 As one of nine justices, Scalia’s influence on the court, which is tightly split between liberals and conservatives, was palpable. It helped clinch a 5–4 conservative majority on numerous occasions and has most recently hampered efforts by the Obama administration to address climate change and immigration.

Yet as long as his position remains vacant, it’s increasingly probable that the more divisive cases passing through the court will result in a judicial 4–4 deadlock. This could allow more rulings in the lower courts to stand, which could in turn dramatically influence the outcome of several cases currently working their way through the US judicial system.

Indeed, cases are already being affected: just 13 days after Scalia’s death Dow Chemical said it was settling a class-action price-fixing case over fears the judge’s absence had ‘increased [the] likelihood for unfavourable outcomes for businesses involved in class action suits’.

Although the US Constitution states that the incumbent president should appoint all Supreme Court justices, no sooner had news of Scalia’s death reached Capitol Hill than a dispute broke out in Congress as to whether Obama or his successor – who will only officially take office in January 2017 – should appoint Scalia’s replacement.

An outgoing Democratic president was always going to have a tough time gaining the support of a Republican-backed Senate. All the more so when it seems likely Obama’s chosen justice will share many of his party’s own ideological interests. However, Fred Davis, a partner at Debevoise & Plimpton in Paris and Senior Vice-Chair of the IBA Business Crime Committee, says preventing the president from nominating a successor risks violating the Constitution and further politicising the decision. ‘There is nothing in the Constitution that says Obama should defer,’ he says. ‘It says in the Constitution that the President shall appoint a new justice and the Senate shall also consent – to me that’s an imperative – so it would be purely a political issue to say he can’t.’

Despite protestations from the Republican camp that Supreme Court justices are not routinely confirmed in election years, Hans Corell, Co-Chair of the IBAHRI, notes a precedent has already been set in this regard. ‘After a bitterly contested confirmation, Louis Brandeis became the first Jewish judge on the Supreme Court in 1916,’ he says. ‘He was confirmed after 125 days on 1 June 1916. This is one example of a situation where a candidate for appointment to the US Supreme Court has been made during an election year. Later the same year Woodrow Wilson was re-elected US President. I therefore believe that the attitude demonstrated by at least some Republicans on the US Congress is unworthy.’

Justice Michael Kirby, Vice-Chair of the IBAHRI, agrees that ‘appointing governments have to ensure that the people they appoint are suitable and up to the responsibilities of the judicial office’, regardless of their background, philosophical or jurisprudential values.

On 16 March, after five candidates had, reportedly, been under consideration, Obama announced Chief Judge Merrick Garland as his nominee. The 63-year-old Jewish appellate court judge is viewed as a moderate liberal and was on Obama’s shortlist the last two times he nominated a justice. Garland is perhaps best known for leading the investigation and prosecution that brought Oklahoma City bomber Timothy McVeigh to justice.

However, Senate Republicans maintain they will not hold hearings or vote on any replacement put forward by Obama. Garland’s appointment can’t be confirmed unless he gains the assent of sixty members of the Senate, which may be a tall order given the Republicans currently have 54 votes of the 100-seat Senate. It looks increasingly doubtful that Scalia’s replacement will be in their post before the end of the current term, which culminates in late June or early July. The new term won’t start until October.

It’s difficult to imagine another jurisdiction where a judge could achieve a public profile equivalent to Scalia, or indeed any of his peers on the Supreme Court bench, whether that be Associate Justice Stephen Breyer, who was one of the star attractions of the IBA Annual Conference in Boston in 2013, or Associate Justice Ruth Bader Ginsburg, who not only inspired her own fan fiction, but whose long-time friendship with Scalia has been the subject of a comic opera.

This celebrity-like status of US Supreme Court justices goes some way towards explaining why much less press attention has been paid to the current situation in Ireland’s Supreme Court, for instance, where Justice Adrian Hardiman, passed away equally suddenly on 7 March. Like America, there is political uncertainty in Ireland, and a successor may not be nominated until a new Taoiseach is appointed to replace Enda Kenny, who resigned on 10 March.

An October 2015 Gallup Poll revealed that 50 per cent of US citizens lack confidence in the Supreme Court. There is good reason why the justices – and by association the entire nomination process – are still regarded as so significant to society. ‘There has been an accelerating decrease in confidence in the court,’ says Davis, ‘[but] the Supreme Court decides fundamentally important things such as a mother’s right to have an abortion or the right for same-sex marriage. These things don’t happen in other countries. There are 135 justices in the Supreme Court of France, for example, but nobody knows who any of them are.’

In 1986 Scalia’s appointment was unanimously approved by the Senate by a vote of 98–0. Whether Obama is ultimately successful in his bid for Garland thirty years on, the confirmation process for Scalia’s replacement clearly won’t be plain sailing.

Ruth Green is Multimedia Journalist at the IBA and can be contacted at ruth.green@int-bar.org