Myanmar is once again high on the agenda at the United Nations, as the country’s leadership faces heavy criticism over alleged human rights violations committed against Rohingya Muslims. On 16 March, the European Union called for an inquiry into the abuses and, a day later, China and Russia blocked a Security Council statement of concern about the situation.

The IBA's Human Rights Institute says it supports the call for a commission of inquiry. ‘International human rights standards are clear that an independent and thorough investigation must be carried out in all cases of alleged human rights violation. It is only through such an investigation that the truth can come to light and measures can be taken to ensure justice for all,’ says Muluka Miti-Drummond, Senior IBAHRI Programme Lawyer.

UN Special Rapporteur on Myanmar Yanglee Lee called for an inquiry. In her statement to the United Nations Human Rights Council she expressed fear that the abuses allegedly committed by Myanmar’s security forces, on top of long-time institutionalised discrimination against the Rohingya, ‘indicates the government may be trying to expel the Rohingya population from the country altogether’. The abuses are said to include gang rape, slitting of throats, indiscriminate shootings, and the burning of people inside their homes.

Yanghee Lee said that the dismantling of homes by security forces and the subsequent undertaking of household surveys, which may not include those who have fled, could deny those Rohingya of the only legal proof of their status in Myanmar.

‘The establishment of these commissions sends the important signal to perpetrators that the "world is watching”, and that their abuses do not go unnoticed. These commissions have the power to shed light on otherwise often forgotten crises,’ says Federica D’Alessandra, a fellow at the Carr Center for Human Rights Policy. She is Vice-Chair of the IBA’s Human Rights Law Committee and Co-Chair of its War Crimes Committee.

Over 74,000 Rohingya have fled to Bangladesh and 24,000 have been displaced inside the country since ‘clearance operations’ were launched by Myanmar’s military, following the killing of nine police officers at a post near the border with Bangladesh by Rohingya insurgents in October, according to the United Nations’ Refugee Agency (UNHCR). Three townships were closed off and no media or humanitarian access was granted. On 15 February, the military announced that it had ended security operations in northern Rakhine State. 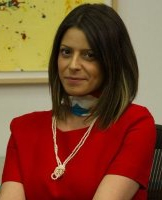 There are estimated to be as many as one million stateless Rohingya living in Myanmar. They are regarded as illegal immigrants under the country’s controversial citizenship law, despite many having lived in the country for generations.

A committee led by Myanmar’s vice-president, a former general, has been investigating the allegations but said that it had not found enough evidence to substantiate the allegations of abuse. The Office of the State Counsellor, Aung San Suu Kyi’s office, has over the past few months also dismissed accounts of human rights violations, denouncing earlier reports as ‘fake news’ and fabrications of the international media.

Yanghee Lee told Global Insight that, during her most recent visit to the country, people expressed disappointment at the blanket denials from the government. ‘Perhaps some of the coverage may have been sensationalised, but the government, by continuing being defensive when allegations of serious human rights violations are persistently reported, is risking appearing less and less credible,’ Lee says. She added that it is ‘vital’ the area is opened up to independent investigators, including from the media, to cross-check information.

Following the release of a UN Office of the High Commissioner for Human Rights (OHCHR) report, the military also formed a committee to investigate the alleged abuses. A credible investigation by the military into its own forces is widely considered to be inconceivable, as it continues to act without impunity.

Aung San Suu Kyi has no control over the military, which operates without parliamentary oversight. The constitution gives the military power over the three ministries concerning security – Home Affairs, Border Affairs, and Defence – and reserves 25 per cent of the seats in all regional, state and national parliaments for army officers.

‘The lack of parliamentary oversight of the Myanmar military is deeply problematic. Civilian control of the military is a non-negotiable condition of a democracy. Without such oversight, military conduct is excessively open to abuse and irresponsible conduct. We can see the results,’ says D’Alessandra.

The killing of one of Aung San Suu Kyi’s long-time advisors, constitutional lawyer Ko Ni, who was reportedly working on a draft law that would diminish the power of the military, is widely regarded as a warning to her. An investigation into Ko Ni’s killing is still ongoing and a former army officer has been implicated in the plot.

Criticism directed at Aung San Suu Kyi’s government for not handling the crisis should be seen in this context of a lack of power over the country’s security forces, according to Lee. 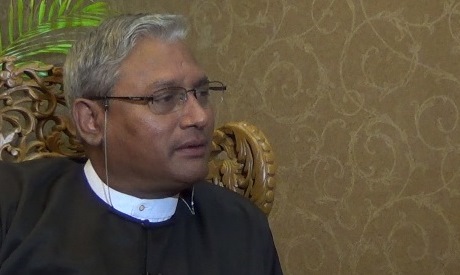 ‘When criticisms are made, it is important to recognise these constraints. It is also important to target criticisms for the actions or alleged violations committed by the military to the military. But this does not exempt the civilian part of the government from criticism.’

In September of last year, responding to international pressure, Aung San Suu Kyi appointed a foreign-led committee headed by former UN Secretary-General Kofi Annan, to advise the government on how to break the status quo in Rakhine State. In the commission’s interim report, presented on the same day the EU called for an inquiry, it calls for the closure of displaced people’s camps in Rakhine State where over 120,000 Rohingya have been interned since violence erupted between Buddhist and Muslim communities in 2012.

It also urged the government to start mapping restrictions on freedom of movement in the state and to address concerns surrounding the citizenship verification programme which has drawn criticism from both Rohingya and Buddhist Rakhine communities.

Human rights violations are outside the scope of the commission’s mandate.

The 9 October attack severely complicated the committee’s work but emphasised its importance, according to Laetitita van den Assum, a member of the committee who served as Dutch ambassador to Thailand, and was also accredited to Myanmar, from 1995 to 2000.

‘If anything, it underlined the urgency as well as the complexity of our mandate. It strengthened our resolve to develop proposals to overcome long-standing grievances and animosity and to ensure better prospects for all communities who live in the state,’ she says.

Yola Verbruggen is the IBA's Multimedia Journalist and can be contacted at yola.verbruggen@int-bar.org