Diversity in the legal profession: law firm policies ‘found to be wanting’

A ground-breaking report by the IBA’s Legal Policy and Research Unit calls on law firm management to take ownership of diversity policies, which it says ‘have been found to be wanting’, and to ensure that law firm structures are subject to review.

Nearly 6,000 people (women and men) responded to the survey that explores why women continue to face barriers to the most senior positions in commercial law firms. The survey is the first of its kind to target lawyers beyond borders and across continents.

The report – Women in Commercial Legal Practice – states that the term the ‘feminisation of the legal profession’ is both a misnomer and misleading. While for some years, women have outnumbered men in law schools, their representation as equity partners in law firms is often less than 20 per cent.

Acknowledgement of a bias is the first step toward change, because it can lead to increased effectiveness and implementation of equitable policies

Carolina Zang, a managing partner with Zang, Bergel & Vines Abogados, which she says ‘stands out’ in Latin American law firms. She is also the only woman and youngest member of the Board of Directors at ZBV. ‘Some firms still have to understand the enormous value women can bring and deliver, and we need as many allies as possible to make this happen at all levels. It’s not enough to recognise one voice only some of the time, we must recognise all voices all of the time, especially as we strive to be more authentically inclusive,’ says Zang, who is also the Chair of the IBA’s Law Firm Management Committee's Talent and Leadership Working Group and Senior Vice Chair of the IBA’s Latin American Regional Forum. 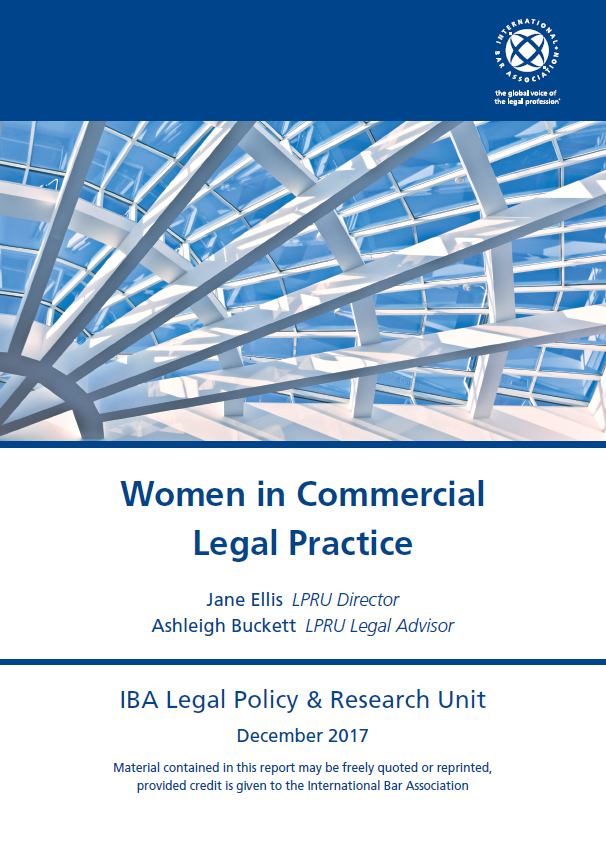 According to Patricia Menéndez-Cambó, Vice-Chair of the IBA’s Women Lawyers Interest Group and Vice Chair of Greenberg Traurig, LLP, women and men often receive a different response to flexible working requests. ‘If a man wants flexibility because of lifestyle choices, he is more likely to be viewed in a favourable manner. While, historically, women have been subjected to the stigma of being put on the mommy track,’ she says. ‘Education and training about unconscious bias could help change these patterns. Acknowledgement of a bias is the first step toward change, because it can lead to increased effectiveness and implementation of equitable policies,’ says Menéndez-Cambó.

Abe Schear, partner with Arnall Golden Gregory LLP, thinks firms will adapt to finding ways to retain talent, including women. ‘Most law firms will learn to adapt in order to retain the intellectual capital they have and the investment they made in their attorneys. There will in the future be more opportunities for people to work different kinds of hours, in or out of the office, to participate to different degrees in different parts of the firm. Technology has made being in or out of the office much more equal,’ says Abe Schear.

It is not only about better teams or a question or fairness, there is also an economic argument. We cannot go on like this. We need to be better in keeping women with us

To ensure the advancement of women in commercial law firms, sponsorship is essential, says Jane Ellis, Director of the LPRU. Ellis, together with LPRU legal advisor Ashleigh Buckett, led the research project. ‘The process for initially joining a law firm is reasonably transparent and, once you’re in, mentorship helps you navigate a law firm and the profession. Sponsorship, however, is even more important to career progression in a firm. Unfortunately, the sponsorship process is less formal and more opaque. Senior lawyers often identify with younger lawyers if they recognise themselves in them and that usually means senior male partners relating to younger men, and sponsoring them instead of young women,’ says Ellis.

Equal opportunities for women to progress in law firms is not just a moral obligation, but there is a compelling business case as well, says Alexander Schwarz, Co-Managing Partner with Gleiss Lutz. ‘It is not only about better teams or a question or fairness, there is also an economic argument. We cannot go on like this. We are losing so many women on their way into partnership or counsel. This is a pity. We need to be better in keeping women with us,’ he says.

The research also found ‘alarming levels of bullying and intimidation’ in a profession that prides itself on upholding the rule of law and justice. About 50 per cent of women and 30 per cent of men said they had experienced either bullying or intimidation. Compared to other regions, this issue affects women in Africa the most, as does discrimination based on ethnicity.

Of the female respondents, 67 per cent said they experienced discrimination based on their gender, as opposed to 10 per cent of men. Sexual harassment and discrimination due to family responsibilities were also significantly higher with women.

That the survey received so many responses is a confirmation of a genuine interest in diversity, according to Buckett, LPRU’s legal advisor. ‘It was not just the responses. You could see from the way people answered the open questions – sometimes entirely in capital letters – their passion for diversity issues. So many people identified with the research,’ she says.

In its final recommendations, Women in Commercial Legal Practice calls on law firm management to take ownership of diversity policies and ensure that law firm structures are subject to review, because ‘such an approach is critical to identifying the structural barriers that impede the progress of women - and others.’