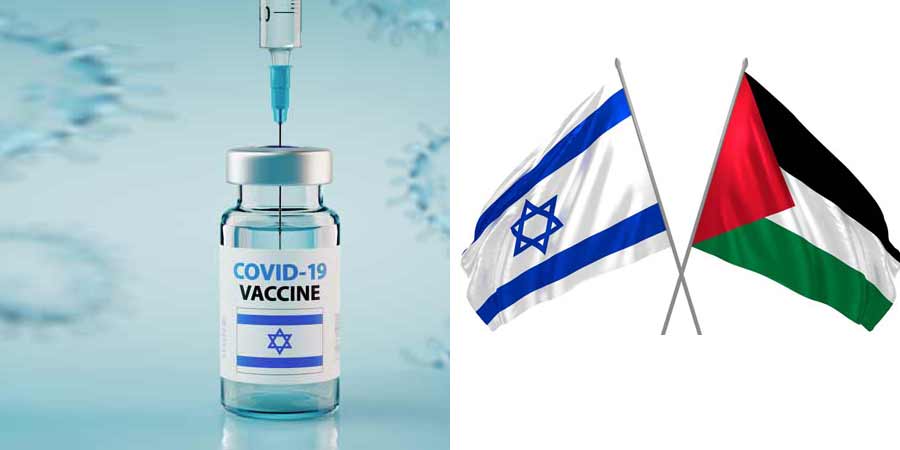 The International Bar Association’s Human Rights Institute (IBAHRI) calls on Israel’s authorities to provide COVID-19 vaccines to Palestinians in the Israeli-occupied West Bank and Gaza Strip, in a non-discriminatory manner, as per Israel’s obligation under international law.

On 31 January, Israel contributed 5,000 vaccines to frontline Palestinian workers. It is a welcome initial gesture, but does not fulfil the state’s international obligations.

As an occupying power, Israel’s duty towards the Palestinian people is clearly stated under Article 56 of the Fourth Geneva Convention, which reads: ‘To the fullest extent of the means available to it, the Occupying Power has the duty of ensuring and maintaining, with the co-operation of national and local authorities, the medical and hospital establishments and services, public health and hygiene in the occupied territory, with particular reference to the adoption and application of the prophylactic and preventive measures necessary to combat the spread of contagious diseases and epidemics.’

IBAHRI Co-Chair and former Justice of the High Court of Australia (1996–2006), the Hon Michael Kirby AC CMG, commented: ‘The IBAHRI condemns the discrimination involved in the Israeli national COVID-19 vaccination drive. We call on the Israeli authorities to vaccinate, without ethnic discrimination, Palestinians living under occupation, to safeguard their right to life and health and to fulfil Israel’s international humanitarian law obligations consequential upon the continuing military occupation.’

Mr Kirby added: ‘The COVID-19 virus does not differentiate between Israelis or Palestinians, yet authorities have deliberately excluded from the vaccine drive the nearly five million people on whose land Israel administers, taxes and controls. The decades of Israel’s occupation have resulted in a dilapidated Palestinian healthcare sector with the infrastructure now unable to cope with the rising number of infections. There exists both a legal and moral responsibility for the Israeli authorities to provide the vaccine to Palestinians living under their military control. Failure to do so will be amoral.’

Although Israel has argued that the Palestinian Authority (PA) has the main responsibility for maintaining health and medical supplies under the Oslo Accords – the 1993/95 agreements between the Government of Israel and the Palestine Liberation Organization, which decided that a PA would be established and assume governing responsibilities in the West Bank and Gaza Strip – this does not absolve the state’s obligations as the provisions of international humanitarian law supersede any treaty entered into between nations.

On 14 January 2021, the United Nations Special Rapporteurs on the right to health and on the situations of human rights in the Palestinian territories jointly stated that the Oslo Accords must be interpreted and applied consistent with international law and cannot derogate from its broad protections. The ultimate responsibility for health services remains with the occupying power until the occupation has fully and finally ended.

IBAHRI Co-Chair and immediate past Secretary-General of the Swedish Bar Association, Anne Ramberg Dr jur hc, commented: ‘There is a clear obligation for Israel to provide vaccines to Palestinians in the event of a pandemic under the Geneva Convention, whilst the fundamental right to health calls on states to provide the “highest attainable standard of health… without distinction of race, religion, political belief, economic or social condition.” The right to health demands that Palestinians living in the Israeli-occupied territories be treated with the same quality of healthcare as their Israeli counterparts, regardless of ethnicity.’

Ms Ramberg added:‘The capability of Israel to secure more vaccines than its population needs, coupled with local media reporting that between 500-1,000 expired vaccines have been discarded because not enough people could be found to vaccinate, demonstrates that Israel is more than capable of protecting the health rights of Palestinians and fulfilling its international obligation, but is unwilling to do so. The disparity in the vaccination coverage between Israelis and Palestinians exposes a deep-rooted culture of discrimination, exacerbated by COVID-19. We call on Israel to fulfil its international obligations.’

Thus far, Israel has vaccinated more than half of its population of nine million against COVID-19, including Israeli settlers living on illegally annexed land in the West Bank, while simultaneously excluding almost five million Palestinians who live under Israeli administration. Recently, the Israeli Public Security Ministry issued an unlawful instruction not to vaccinate Palestinian security prisoners held in Israeli prisons. The directive has since been reversed.