Hungary and Poland challenged over breaches of the rule of law

In an unusually tense session of the European Parliament on 12 September 2018, MEPs voted to take action against Hungary for alleged violations of the European Union’s core values, including breaches of freedom of expression, association and the rule of law.

The triggering of the procedures under Article 7 of the Treaty on European Union – the so-called ‘nuclear option’ – came in response to what’s seen as a clampdown by Hungary on, among other things, the press and judiciary. The vote ended 448 in favour and 197 against, and garnered a standing ovation for Dutch Green MEP Judith Sargentini, who was responsible for proposing the vote.

The vote against Hungary, led by Prime Minister Viktor Orbán since 2010, will now be taken to the EU Council to decide on the next procedural steps. Ultimately, the EU can vote to suspend Hungary’s voting rights but there are significant procedures ahead.

This action comes as the European Commission is in intense dialogue with Poland over concerns of a systemic threat to the rule of law. This led to the EC triggering Article 7 procedures against the country in December 2017. The latest skirmish between the EU and Poland took place during an intense hearing held in September. The hearing however led to the EC referring Poland to the European Court of Justice (CJEU) a few days later.

The EU procedures result from Poland’s highly controversial changes to its judicial system, termed judicial ‘reforms’ by the ruling Polish Law and Justice Party (PiS) but called by observers a ‘step-by-step capture of Poland’s institutions’.

Of course a Member State is entitled to reform its judiciary, but it has to look to international standards and to ensure that any such reforms accord with fundamental rule of law principles


In January 2018, Poland’s National Council of the Judiciary (NCJ), which is involved in the appointment of justices, was reformed, giving the Polish parliament the power to appoint all 15 judges of the NCJ itself. Following that, a new law lowered the retirement age of Supreme Court judges from 70 to 65, resulting in a third of existing justices having to retire. The EC has referred this law to the CJEU.

The Polish government continues to argue that its reforms are genuine. Hans Corell, co-chair of the IBAHRI Council, says: ‘Of course a Member State is entitled to reform its judiciary, but it has to look to international standards and to ensure that any such reforms accord with fundamental rule of law principles.’

According to an Amnesty International briefing prepared ahead of the latest EU-Poland Article 7 hearing, there has recently been ‘an escalation of measures to speed up the forced retirement of judges and appointments of new judges of the Supreme Court… in direct defiance of the [EU’s] procedures’. Laurent Pech, Professor of European Law at Middlesex University, describes this as a ‘race to get the new judiciary in as fast as possible before the EU interferes.’

The Supreme Court in Poland, in the face of these new appointments and retirements, has launched its own counter-attack, referring the retirement law and other initiatives to the CJEU. 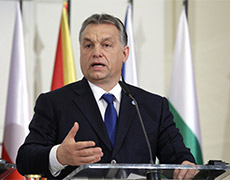 Running parallel with the Article 7 procedures has been a legal case with very significant political as well as juridical ramifications. The case originated in Ireland and is known as Celmer after the individual involved, Artur Celmer. It concerns the proposed extradition of Celmer, a suspected drugs trafficker, to Poland under the European Arrest Warrant. The Irish High Court refused extradition on the grounds that the rule of law in Poland had been ‘systematically damaged’ – and thus Celmer could not be guaranteed a fair trial. The matter went to the CJEU where the court found that it was possible for the Irish court to refuse extradition in such a scenario and set out a two-stage test, but did not make a decision on the particular facts for Celmer.


The case has, therefore, gone back to Ireland where Ms Justice Aileen Donnelly has already made a procedural judgment, relying on the EC’s Article 7 proceedings. Justice Donnelly has decided that the first arm of the two-stage test of the CJEU has been fulfilled and that there is a real risk that the right to a fair trial has been breached, considering the situation in Poland’s courts. In respect of the particular case for Celmer, Donnelly has requested further information from Poland’s judicial authorities.

Should the Irish court find that this individual cannot be extradited because he has no chance of a fair trial in Poland, this could lead to a ‘showdown’, according to Cillian Bracken, a blogger on the public law site, Verfassungsblog. He tells Global Insight: ‘This could have quite far-reaching implications both domestically in Ireland, and throughout the EU… In a wider EU context, that a superior court of a Member State has found as a matter of fact that the test set out in [the CJEU case] has been fulfilled would undoubtedly lead to similar cases arising throughout the Union.’ As Tomasz Wardynski, Secretary-Treasurer of the IBA Senior Lawyers Committee and partner at Wardynski & Partners warns, one may soon start to witness ‘the gradual breaking of judicial cooperation between the Polish (or Hungarian) courts and their European counterparts’, a process that will, he adds, ‘prove painful’.