In March 2019, the UK Parliament was due to debate a Bill requiring the UK’s crown dependencies – Jersey, Guernsey and the Isle of Man – to introduce public registers to bring about greater transparency in the hope this would prevent illicit financial flows. The registers in these major offshore financial centres would be required to show the ultimate beneficial owners of companies, or parties who own more than 25 per cent, by the end of 2020.

The government, however, removed the debate on the relevant bill from the House of Commons schedule, arguing that more time was needed for the amendment to be given ‘proper and thorough consideration’.

‘We have built a strong, cross-party consensus on the need for financial transparency in British tax havens,’ said Margaret Hodge MP, who introduced the amendment requiring public registers along with Conservative MP Andrew Mitchell. ‘Public registers of beneficial ownership are the next step to tackling money laundering and tax avoidance. These registers will come sooner rather than later, it’s the will of Parliament.’

In 2016, the UK became the first Group of Twenty country to establish a public register of domestic company beneficial ownership. The 2017-22 anti-corruption strategy emphasises that it will champion the adoption of public registers by all countries and commits itself to working with the UK’s overseas territories (such as Bermuda, the BVI and Cayman) as well as the crown dependencies to implement strengthened arrangements.

Transparency campaigners argue public registers are the most effective way of deterring those who would hide their assets for illegitimate means, but private registers should be equally effective


According to the 2016 arrangements, the overseas territories and crown dependencies pledged to establish central registers or similarly effective systems for collecting beneficial ownership information and to provide UK law enforcement with timely access. They did not commit to making those registers public, but the government expects that to follow if public registers became the norm.

The chief ministers of the dependencies themselves have strongly opposed the move to introduce this level of transparency. They issued a joint statement in which they noted that they are not represented in the UK Parliament, and it is a ‘respected constitutional position’ that the UK does not legislate for them on domestic matters without their consent. ‘The proposed amendments are contrary to the established constitutional relationships that exist between the United Kingdom and each of the Crown Dependencies and, if passed, would produce inoperable legislation,’ they said.

‘Clearly there are constitutional implications if Westminster tries to impose public registers on the crown dependencies, such a step being variously described as anything from “colonialist” and “undemocratic” to “unprecedented”,’ says Neil Swift, a partner at Peters & Peters. ‘To date, rather than legislate, the UK’s approach has been to negotiate and persuade.’

Campaign group Transparency International claimed that the government’s decision to drop the debate in Parliament was part of a ‘longstanding policy’ aimed at shielding the dependencies and the British overseas territories from calls by anti-corruption campaigners for greater company transparency. 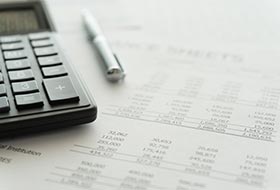 Louise Delahunty, an investigations lawyer, says the government does have to address the crown dependencies’ concerns. ‘Constitutional independence would be affected, any changes could have a major economic impact and the dependencies believe they already have well-developed anti-money laundering laws in place. The British government has to find a solution for increased transparency that will get buy-in from the dependencies.’


Another key issue is whether ownership registers really need to be made public to combat corruption and money laundering. ‘While transparency campaigners argue that public registers are the most effective way of deterring those who would hide their assets for illegitimate means, private registers should be equally effective,’ says Jessica Parker, Co-Chair of the IBA Business Crime Committee and a partner at Corker Binning. ‘Information can be obtained on request from tax or other investigators. The number of territories where ill-gotten gains can be hidden has been eroded by the more important focus of international cooperation, which is developed through mutual assistance treaties and the OECD’s Common Reporting Standard.’

The crown dependencies maintain that they are already meeting or exceeding international standards in fighting financial crime, notes Swift. ‘They suggest that the fact that the information in their own registers is verified, although not public, is preferable to the UK’s approach of making public information that has not been verified.’

There are many reasons why individuals desire privacy, he adds. ‘It’s a question of balance between those privacy interests and the utility in having this information available to anyone who wishes to search for it, regardless of their motive.’

Daniel Simon, a partner at Collyer Bristow and former Co-Chair of the IBA Private Client Tax Committee, cites the actor Emma Watson as an example of someone who has good reasons for wanting some privacy. ‘The Panama Papers revealed that she had set up an offshore company to hold a property, but this was almost certainly in order to provide her with confidentiality rather than to avoid tax or anything like that,’ he says.

Like Swift, Simon believes there is a balance to be struck between defeating corruption, tax evasion or crime, and privacy. ‘If you’ve got a register that is accessible to government or law enforcement upon proper enquiry, and you have a rigorous due diligence process if you want to open a trust, a company or a bank account in these jurisdictions, then you’ve achieved both goals,’ he says. ‘You don’t need to have a public register to achieve that goal. That’s just an invasion of personal privacy.’