Both Iceland and Sweden have recently passed amendments to their sexual offence laws, reflecting the growing trend in Europe for ‘yes means yes’ legislation. The changes follow the rise of the #MeToo movement and global outcry over divisive cases that have highlighted the strength of public feeling as well as the limitations of current laws.

Amendments by Iceland and Sweden – in March and April, respectively – enshrine affirmative consent into legislation and provide additional protections for victims of sexual offences.

According to the Government Offices of Sweden, the country’s new legislation, which came into effect in July, is ‘based on the obvious; sex must be voluntary.’ The focus is no longer on the use of violence or intimidation, nor ‘that a victim’s particularly vulnerable situation was exploited.’


The Swedish campaign group FATTA have been fighting for politicians to introduce a consent and negligence offence since a controversial case in Sweden in 2013, in which a court suggested that a complainant’s refusal to open her legs was ‘shyness’, not lack of consent. As such, two new negligence-based offences introduced by the amendments – termed ‘negligent rape’ and ‘negligent sexual assault’ – account for cases where there should be awareness of the risk that the other person is not participating voluntarily.

Similarly, Iceland’s amendment makes it ‘clear and explicit that sexual intercourse or other sexual relations with a person without his or her consent is rape’, according to Jón Steindór Valdmarsson, a Reform Party MP, who proposed the change.

Þorbjörg Gunnlaugsdóttir, who helped draft the bill, told Global Insight that ‘adding consent to our definition increases the focus on sexual autonomy and consent in investigation and trials, so questioning can move from mostly focusing on how the alleged offender violated another person to also asking if they received consent and how so.’

Luz Nagle, Co-Chair of the IBA Crimes Against Women Subcommittee, says ‘the changes send a vital and clear message to both the perpetrators and the society. The perpetrators now know that Iceland will no longer ignore and tolerate sexual abuse. The society learns that gender equality goes beyond work and the boardroom – gender equality includes a right to be safe from sexual abuse and respect for one’s individual’s sexual autonomy.’

However, the move to consent-based definitions has also faced criticism. The Swedish Bar Association was against Sweden’s changes and a similar amendment was rejected in Norway because current legislation was considered sufficiently comprehensive. 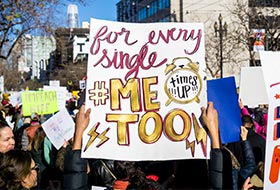 Nagle points out that Iceland’s ‘law does not elaborate on how someone knows that consent is “voluntarily expressed”’, and ‘failure to establish clear “consent policies” diminishes due process protections for those accused of sex abuses. There need to be standards defining “affirmative consent” and they ought to address the consent of each participant engaged in the sexual activity.’ It is also unclear whether consent can be withdrawn during intercourse, she says.


Rogério Taffarello, partner at Mattos Filho, believes ‘problems arise with regard to the inversion of the burden of proof it may trigger and its complicated compatibility with the presumption of innocence’. ‘Legal reforms of these kinds,’ he says, ‘must employ all possible efforts to affirm the need of a valid consent to sexual acts without taking a step backwards’ on the rights of the accused.

Nonetheless, he acknowledges that Iceland’s amendment ‘establishes a more protective behavioural standard with regard to sexual freedom’ and believes that it reflects ‘recent and very important developments in societies’ and states’ awareness of the matter of consent in sexual encounters’.

Indeed, Gunnlaugsdóttir says ‘social attitudes and laws are a circle’ and recent changes in societal beliefs regarding sexual assault and rape pushed the Icelandic change through, along with ‘a better understanding in society of how important it is for laws to reflect the realities of the offences’.

A similar story looks set to play out in Spain, as the deputy prime minister and equality minister, Carmen Calvo Poyato, has proposed amendments to clarify that ‘if a woman does not expressly say yes, then everything else is no’.

The proposal comes after thousands took to the streets to protest the sentencing – and subsequent release on bail – of a group of men nicknamed the ‘wolf pack’. Following an incident in July 2015, the group was convicted of sexual abuse instead of rape because their victim remained passive during the attack and the judges believed there were no signs of violence or intimidation. The judges did, however, acknowledge that she was ‘stunned and unable to react’ and ‘did not freely give her consent; rather, it was coerced or forced given the situation’.

An affirmative consent law as proposed will move away from this ‘expectation that there should be bruises and clear evidence of physical resistance’, Dr Anna Moller, head of the rape centre at Sodersjukhuset Hospital in Stockholm, said. ‘It’s natural that only active participation should be interpreted as a yes. Passivity cannot be read as consent.’

These new additions will take the number of European countries with affirmative consent-based definitions to 12, according to Amnesty International data from June 2018; they are, however, still outnumbered by those without. For Taffarello, it ‘is unquestionable that societies and states must evolve from the “physical violence or threat” to the “clear consent” legal standard’.

Taffarello adds, though, that changing the legislation without equally considering the culture of surrounding institutions, such as law enforcement, ‘is obviously insufficient to say that things have actually changed and this will never be enough to make victims feel safe and to reduce the occurrence of such ignominious acts – which are the main goals of every sensible public policy in this field.’