IRAN: Organisations express concern over arbitrary imprisonment of Dr Reza Eslami and call for his release

In an open letter to His Excellency Ayatollah Ali Hosseini Khamenei, Supreme Leader of the Islamic Republic of Iran, the International Bar Association’s Human Rights Institute (IBAHRI) and other institutions call on him to take urgent, immediate action to release human rights professor Dr Reza Eslami and other political prisoners arbitrarily imprisoned.

On 7 February 2021, Dr Eslami, an Iranian-Canadian and PhD alumnus of McGill University (Montreal, Canada), was sentenced to seven years in prison and banned from teaching and travelling, after being charged with ‘collaborating with a hostile state’. He is currently detained at Evin Prison, notorious for its insalubrious conditions and over-crowded facilities, which fail to meet international standards and have been exacerbated by the rapid spread of COVID-19. 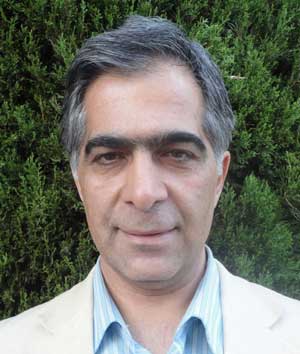 In May 2020, Dr Eslami was arrested over his participation in a training course on the rule of law held in the Czech Republic and funded by a United States-based non-governmental organisation. According to reports, Dr Eslami is ‘the first academic lawyer to be jailed for doing his job as a professor and teaching subjects on the curriculum’.

IBAHRI Director, Baroness Helena Kennedy QC, commented: ‘The principle of the rule of law embodies fundamental fairness and works in intimate tandem with the enforcement of human rights and accountability. To arbitrarily target a human rights professor for his scholarship in the rule of law is to blatantly attack the very essence of law, equality, human dignity and the legal profession.’

The letter reads:‘Dr Eslami’s imprisonment blatantly equates scholarship on the rule of law with criminal activity, which is symptomatic of the widespread and longstanding crackdown on lawyers, academics and human rights defenders by Iranian authorities.’

Presiding Judge Abolghasem Salvati, the head of Branch 15 of the Revolutionary Court, is currently under European Union and US sanctions for issuing harsh sentences based on political, not legal, considerations. A report by the Raoul Wallenberg Centre for Human Rights found that ‘Judge Salvati specialises in the prosecution of innocent dual nationals and dissidents. Judge Salavati’s hearings have often lasted only a few minutes and relied on forced confessions or no evidence at all.’

On the lack of a fair trial, independent judiciary and impartiality of the presiding judge, Baroness Kennedy QC commented: ‘It is disturbingly apparent that many political considerations went into this miscarriage of justice. This includes a severe lack of credible evidence that points to Dr Eslami’s guilt, no presumption of innocence and the vagueness of the charge. Furthermore, Judge Salvati, who has been dubbed the ‘Judge of Death’ for his high record of death sentences, is widely known both domestically and internationally for arbitrarily and severely sentencing political prisoners, with the present case being no different. We thus call on Iran’s authorities to prevent any further injustices by immediately and unconditionally releasing Dr Eslami.’

On Monday 15 February 2021, 58 countries launched the International Declaration Against Arbitrary Detention in State-to-State Relations, characterising such arbitrary detention as a standing violation of international law. The case against Dr Eslami is an emblematic assault on this rules-based international order.