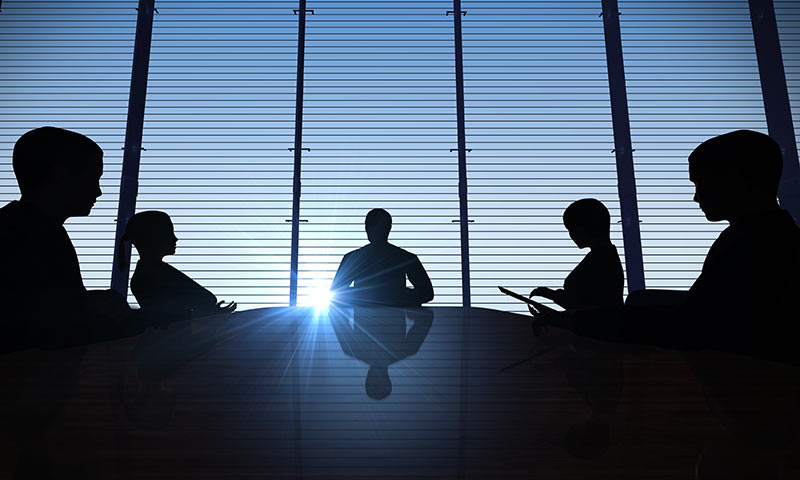 Major asset manager Legal & General Investment Management (LGIM) has escalated its policy on the positions of chief executive and chair being held by one individual, saying it will ‘vote against combined roles at director elections globally.’ The move, announced in early February, comes amidst increased investor pressure on companies for change relating to environmental, social and governance (ESG) factors, as Rachael Johnson explains

Clare Payn is Head of Corporate Governance North America at LGIM. ‘We’ve long been advocates of the value of an independent board,’ she says. She explains that splitting the two positions is best practice, as ‘the CEO role is a full-time strategic role; the chair role is to manage the board.’ Payn argues that this distinction is even more important now that boards are required to discuss issues such as culture and diversity.

The chair is also critical to keeping the CEO in check. ‘It’s like marking your own homework if you hold both roles,’ says Payn. ‘We don’t see [this] as good risk oversight.’ Kerrie Waring, CEO of the International Corporate Governance Network, agrees. These ‘are two distinct roles. The relationship between the chairman and the CEO defines how, or if, the board works.’

In some jurisdictions, such as France, Spain and the United States, it is common for one person to hold both positions. Mark Weil is CEO of professional services provider TMF Group and former CEO of insurance brokers Marsh UK and Ireland. He has worked in both settings and argues that there isn’t a one-size-fits-all approach. ‘Situations are different and call for different solutions,’ he says. ‘People are different. Getting the right person in the role matters a lot. Getting the right structure for the situation you face matters a lot,’ he says.

Combining the two roles ‘may work in some circumstances when the person is exceptional,’ says Guy Harles, and Co-Chair of the IBA Corporate and M&A Law Committee and Chairman of Arendt & Medernach law firm. But, he says, ‘I’m always afraid when too much power is concentrated in the hands of one single person.’

The UK Corporate Governance Code is unequivocal on the matter. It states that ‘the roles of chair and chief executive should not be exercised by the same individual.’ The US does not have a direct equivalent to the UK Code. ‘In the absence of a corporate governance code in the US, it is coming down more to investors to make… best practice pushes,’ says Payn.

Where the CEO and chair roles are held by one individual, investors would want to know why this is the case and when it might change, says Waring. They would also want to know how the potential for ‘unfettered powers of decision-making will be mitigated.’ In response, the company could appoint a senior or lead independent director, who would be ‘pivotal to relaying sensitive issues from the perspective of investors if any contentious issues arise.’ However, Payn says, ‘We don’t see it as an either/or… we see there’s room for an independent director as well as a board chair.’

In the US investors use shareholder proposals as part of their engagement strategy. These are submitted under US Securities and Exchange Commission Rule 14a-8 and either recommend or require a company to take action in a certain area. Provided the submission fulfils certain eligibility criteria, it will be included on the company’s proxy card for shareholders to vote on. ‘The shareholder proposal calling for an independent chair has been a regular appearance on US company board agendas,’ says Payn. ‘It’s been consistently gaining around 25 per cent support, which we see as significant.’

‘It’s like marking your own homework if you hold both roles. We don’t see [this] as good risk oversight’

The Investor Stewardship Group’s Framework for US Stewardship and Governance is an example of a North American investor-led initiative to outline basic standards of governance and stewardship. ‘We encourage companies to set out publicly how they commit to the corporate governance principles of that framework,’ says Payn. Significantly, the Framework covers stewardship and governance responsibilities, acknowledging that best practice goes both ways. ‘The only effective enforcer of good corporate governance… is share ownership,’ says Waring. ‘This requires engagement [by investors] with companies to help mitigate risk on the one hand, while identifying opportunities to help improve long-term performance on the other.’

The UK Stewardship Code also aims to improve the quality of investor engagement. It was developed by the UK Financial Reporting Council between 2009 and 2012 to encourage shareholders to adhere to best practice. It was revised in 2019 to focus on the outcomes of engagement, as well as placing greater emphasis on ESG factors. Waring highlights similar initiatives, such as the EU Shareholder Rights Directive and the Principles of Corporate Governance produced by the G20 and the Organisation for Economic Cooperation and Development in 2015. The latter, she says, outlines ‘the importance of institutional investors… [exercising] their stewardship responsibilities as a key attribute [of] an effective… corporate governance system.’

Investors appear to be getting the message: there has been a rise in engagement on ESG issues in particular. Investment managers State Street Global Advisors recently wrote to board members saying, ‘We believe that addressing material ESG issues is good business practice and essential to a company’s long-term financial performance… [it is] a matter of value, not values.’ State Street is not alone in taking this position. Larry Fink, Chairman and CEO of investment management company BlackRock, has also written to CEOs describing climate change as ‘a defining factor in companies’ long-term prospects.’ Fink says investors are increasingly ‘recognising that climate risk is investment risk.’ Recently, Jupiter Asset Management joined other Barclays investors, led by responsible investment charity ShareAction, in calling for the bank to phase out lending to fossil fuel companies.

‘The link between sustained financial performance and sound ESG practices is increasingly recognised,’ says Bernadette Young, Director at Chadwick Corporate Consulting. ‘Investors want to see strong ESG credentials embedded throughout a business,’ she says. Payn agrees, noting that ESG ‘is affecting asset allocation now.’ Companies should consider acknowledging this shift and start making plans to respond, in order to facilitate constructive engagement with their investors on these issues. As Harles says, ‘A company which has a long-term perspective by nature needs to be ESG-compliant, because that’s the only means to survive.’

Rachael Johnson is a freelance journalist and can be contacted at
rachael.editorial@gmail.com