‘Perfect storm’ of refugees and instability engulfing the Middle East

The central street in Egypt's 6th October City was once called Ali Eddin.

Now, it is ‘Syrian Street’, a bustling area day and night of Syrian refugees struggling to survive as street hawkers, cafe owners and pastry makers.

‘We made this street the active place it is now,’ Wael Bassem, a 29-year old Syrian said as he pointed to the colourful glimmering lights being turned on at sunset.

Standing before a manual press to make fresh orange juice for passers-by, Bassem says that many professionals from Syria work as manual labourers just to make a living. Bassem is among thousands of Syrian refugees who made this city, 40 kilometres south-west of Cairo, their ‘temporary’ exile of choice, the largest concentration of Syrian refugees in Egypt.

Many here say they are waiting in line with the UN for resettlement in Europe. Many say the move is pending legal hurdles that keep their life ‘uncertain’.

‘I'd like to go to Europe because of what I hear of how life is good there,’ said Ismail Zaer, a Syrian plumber. ‘But we have to wait for our turn and even then nothing is for sure.’

Refugees who cannot find work depend on monthly stipends from mosques, churches, charities, the United Nations or private donors. Syrians use social media to call for urgent donations for families that have nothing to live on and for new arrivals - hundreds of them every week.

This is just part of what the UN has called ‘the biggest refugee crisis since WWII’. UN Special Coordinator for the Middle East Peace Process Nickolay Mladenov described the region as engulfed by ‘a perfect storm’ of instability.

As old Arab regimes cling to power, often with Western backing such as in Saudi Arabia and Egypt, or Russian support as in Syria, societies have fractured along lines of sectors craving change and others siding with the status quo. Sharper ethnic and religious lines were heightened by regional powers looking for local proxies and more differences ensued leading to armed clashes, displacing millions and causing rampant violence and suffering.

Several countries have become involved either through funding, such as what the UAE is doing in Libya, or directly such as Iran's role in Syria and Iraq. Major global powers like the US, France, the UK and Russia have various military operations in the region as well meaning that the roots of the refugee crisis are entwined and complex like no other issue facing the global community.

Daniel Appelman, Membership Officer with the IBA's Human Rights Law Committee, gave his reading of the enormity of the crisis.‘Until national sovereignty and narrow political interests are replaced by strong international laws based on humanitarian and egalitarian values, we will find ourselves always responding to such crises with inadequate short-term, 'band-aid' solutions,’ Appelman said.

Despite international attention, new sources for the crisis are erupting all across the region. In Iraq, the US-backed regime has used ‘terrorism’ as the reason for casting a wide net on opposition, dissent and on their disgruntled Sunni population. When US-backed military operations began last October to retake Mosul, Iraq's second largest city, the country's refugee population swelled by 750,000 people in a few weeks. 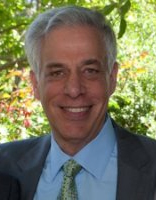 Yemen, the poorest country in the Middle East, is sliding into downright famine, mostly as a result of a blockade and a war by its much wealthier neighbour to the north: Saudi Arabia. On top of Yemeni refugees, the country is a home for 255,000 Somali refugees whose fortunes deteriorated as a result of the devastated infrastructure and lives under Saudi-led war.

In Libya, the UN says the number of people in need of urgent help because of political instability and the collapsing economy has risen over the past few months to 1.3 million. This has been caused by escalating fighting between troops of General Khalifa Haftar on one hand and the former forces and tribes that led the revolt against former dictator Muammar Gaddafi.

The infighting is supported by neighbouring Egypt and funded by the UAE, both fearful of an upset of regional order that would affect their interests. This outside intervention has added to the collapse of law and order, caused inadequate health care and essential medicines, safe drinking water, shelter and education.

‘‘Until national sovereignty and narrow political interests are replaced by strong international laws based on humanitarian…values, we will find ourselves always responding to such crises with inadequate…solutions ’

The refugee crisis from war-torn Syria remains an enormous humanitarian disaster in this region. Some six million Syrians have been turned into refugees in neighbouring countries and in Europe with women and children often suffering the most. Millions have been displaced internally. Refugees like Bassem and Ismail in 6th October City, who moved to safety, complain of uncertainty for themselves and for their families as they still face a long legal battle before they can be resettled.

Legal experts say that the resettlement that many refugees pin hopes on is only one way of easing the crisis that remains political at its core. They readily admit the limitations of what international law can do in a crisis of this magnitude.

‘We lawyers working with migrants and defending fundamental rights are like medics on the battleground, we can’t keep the bullets and shrapnel from raining, but we try to make shelters, bandage wounds and record the injuries,’ says Karl Waheed, an officer with the IBA's Immigration and Nationality Law Committee. ‘We have in our hands fragile tools, such as the international convention on human rights, and the rule of law.’

Appelman agrees that international law alone will not solve the current crisis. ‘Ultimately, we live in a world in which international law is a very weak instrument and where national sovereignty is paramount,’ he says. ‘Governments respond most to internal political pressures.’

The UN however is seen as a major player who can work towards mitigating the crisis if not solving it.‘The UN has to become a greater autonomous gendarme of human rights. The UN must be empowered to open frontiers to put populations in safe-harbour in zones of armed conflict, and natural disaster,’ Appelman says.

Many refugees could also benefit from an improved access to legal aid and better use of current laws and humanitarian visas.‘A humanitarian visa exists in some countries but it is rarely allowed. There is even a visa in the Schengen visa code which could be used as a humanitarian visa,’ Waheed explains. ‘The application process can take place in the zone of conflict, under UN protection. Interviews can be done and documents exchanged by internet. We have the technology and know-how, but no political will.’