IBA and IBAHRI condemn the military coup d’état in Myanmar 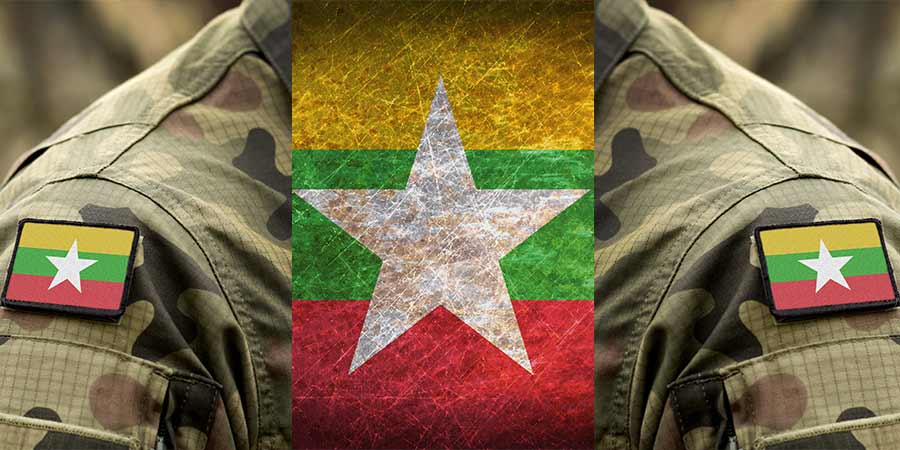 The International Bar Association (IBA) and the International Bar Association’s Human Rights Institute (IBAHRI) strongly condemn the unlawful seizure of power by Myanmar’s military forces on 1 February 2021, the detention of Myanmar’s democratically elected leader Aung San Suu Kyi and other senior figures of the ruling party, and the imposition of a one-year state of emergency.

Since receiving the Nobel Peace Prize in 1991, Ms Suu Kyi has been disparaged in the intervening years for not defending the Rohingya Muslim population as Myanmar’s military carried out mass killings and gang rapes with ‘genocidal intent’, as reported by United Nations investigators. See the IBAHRI’s condemnation of the attacks here.

IBA President Sternford Moyo commented: ‘We have witnessed the developments in Myanmar with deep concern. They represent a very serious blow to democratic reforms and the upholding of the rule of law in the country. As a staunch supporter of the process of democratic transition in Myanmar – having provided expert legal assistance through the IBAHRI to establish an independent bar association in 2016 – we call on the military to respect the rule of law, to resolve disputes through lawful mechanisms, and to release immediately all civilian leaders and others who have been detained unlawfully.’

The coup followed weeks of rising tensions between the military, which ruled Myanmar for almost five decades, and the civilian government over elections in November last year that saw a landslide victory for Aung San Suu Kyi's National League for Democracy (NLD). Having secured 396 out of 476 seats, the win granted the NLD a further five years in government. The military-backed Union Solidarity and Development party won just 33 seats.

The military alleged that it found millions of irregularities in the democratically held parliamentary elections. However, the election commission rejected the claims of fraud. Regardless, the army threatened to ‘take action’ and has said it will use its emergency powers to organise a new vote.

Following the early morning raids and detentions there have been reports of widespread internet and telecommunications outages, with ATM cash machines not working.

IBA Executive Director Dr Mark Ellis said: ‘The attack on the rule of law in Myanmar is unjustified and is cause for unnecessary instability. Of central importance are the fragile gains of democratic progress. However, they cannot be viewed in a vacuum. It is not without dramatic irony that having defended Myanmar’s military at the International Court of Justice against the gravest crimes under international law, Aung San Suu Kyi finds herself, once again, detained by the very same military might. Today’s coup is detestable and we stand in solidarity with the people of Myanmar whose human rights, as guaranteed in the Universal Declaration of Human Rights and in the International Covenant on Civil and Political Rights, are being unceremoniously trampled. We urge the return to the results of the November 2020 election, despite Ms Suu Kyi’s failings.’

IBAHRI Director Baroness Helena Kennedy QC stated: ‘The IBAHRI condemns the military coup in the strongest possible terms. The IBAHRI does not forget the crimes against humanity committed in the genocide of the Rohingya. To bring these crimes to justice, the preservation of the rule of law is essential. We call for the use of targeted sanctions against military generals and other leading figures obstructing the quest for justice and accountability for atrocity.’


Notes to the Editor