The recent High Court ruling that the UK government must consult Parliament before triggering Article 50 of the EU Lisbon Treaty was always going to attract considerable attention. Yet, as the case heads to the Supreme Court, the vitriolic reaction to the judgment in certain corners of the media has sparked a broader debate about the roles of both the judiciary and the press in high-profile legal cases.

Following the judgment, The Bar Council of England & Wales and a growing number of solicitors and barristers have criticised the Lord Chancellor and Secretary of State for Justice Liz Truss for failing to adequately condemn the personal attacks on the three High Court judges, who were labelled by one newspaper as ‘enemies of the people’.

Chair of the IBA's Judges' Forum, Justice Martin Daubney, echoes the widespread concerns in the legal community about the attacks by some sectors of the popular press. ‘No-one would deny the press the right to disagree with the decision, even in strident terms,’ says Justice Daubney.

‘But it is quite another thing to vilify the judges personally. Beyond the words of their judgments in court, judges are precluded from commenting on cases which are, or have been, before them. That makes them soft targets, as demonstrated by the personal attacks on the judges in this case.’

‘In former times, the convention in common law countries was that senior law officers in government would speak in vigorous defence of judges,’ he adds. ‘However that convention seems to be on the wane, and it is being left to the leaders of the independent profession – the bar associations and law societies – to speak in defence of the judiciary.’

Lawrence McNamara, deputy director and senior research fellow at the Bingham Centre for the Rule of Law, says the press is within its rights to comment on the ruling. ‘The press should not be prevented from saying what they have said,’ he told Global Insight. ‘Happily, we no longer have the offence of contempt by “scandalising the court”, which criminalises some forms of criticism of judges. But what the press says should be subjected to scrutiny. One of the reasons that there should not be tighter restrictions on the press with regard to criticism of judgments and of the judiciary is that the judiciary has a statutory and constitutional defender, which is the Lord Chancellor. As such, the judiciary as individuals and as an institution are – rightly – able to be the subject of robust comment.’

However, McNamara said the Lord Chancellor’s reaction to date had left a lot to be desired. ‘At this point, there is a great deal more that the Lord Chancellor could and, I think, should do in addressing the substance of what has appeared in the press,’ he said. ‘There is a wide space between accepting the headlines and policing the headlines. It is not an either/or choice.’

The government, which says it wants to initiate talks on leaving the EU in March 2017, has appealed the decision. The Supreme Court will now consider whether the High Court was right to rule that the government must gain parliamentary approval before it triggers Article 50 – the formal process for withdrawing from the EU. The appeal will be heard on 5 December and the judgment is expected to be handed down in January.

Professor Tony Travers, a local government expert at the London School of Economics, believes the media has contributed to a general misunderstanding of what the legal challenge and the ruling itself could mean for the UK’s process of leaving the EU.

‘There is a paradox in all of this that one of the many purposes of Brexit was to repatriate power to the British courts and to Parliament and at the point that the British courts within the United Kingdom act and suggest Parliament has a vote, that produces a sort of counter-revolution,’ he told Global Insight. ‘You could easily assume that what the High Court has done is strike down the referendum, which they most definitely did not, but I can see how people might interpret it like that given some of the media coverage.’

Consequently, Travers suspects the adverse reaction to the ruling is less about the courts or even the judges themselves, but fears in some circles that Parliament could push for a ‘soft Brexit’ or even reverse the referendum result altogether. ‘The courts are just caught in the cross-fire of a struggle about how radical Brexit turns out to be,’ he says. ‘Therefore by opening the possibility of Parliament having a role in all of this and softening Brexit – because the majority of parliamentarians are almost certainly against Brexit – the courts have just caught themselves in the middle of a vast culture war.’ 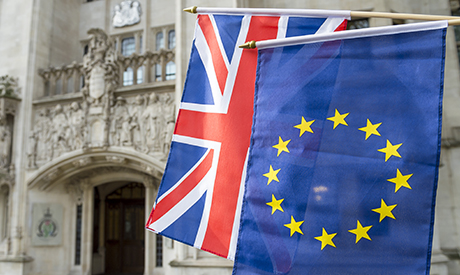 Supreme court of the United Kingdom

‘The Supreme Court is being put into the position of effectively being a constitutional court for a country that doesn’t have a written or codified constitution, so we’re in interesting territory here,’ adds Travers.

Indeed, the case is of such ‘fundamental constitutional significance’, as Lady Brenda Hale, the Court’s deputy president, said in a recent speech in Kuala Lumpur, that all 11 justices will hear the appeal in December, marking the first time in the Court’s history that all of its justices have sat for a single case.

While the outcome of the appeal at this stage is anybody’s guess, Travers says the importance of the independence of the judiciary in the UK shouldn’t be lost in the Brexit debate. ‘One of the UK’s most attractive attributes is that it has the rule of law and part of the rule of law is independent courts and indeed independent legal systems. I’m 100 per cent certain that if there were elected judges or politicians stepping in to overrule judges the system would not be as effective as the one that we have.’