Zimbabwe: Daring to hope for democracy During the 1980s, South Africans weighed down by apartheid loved to travel to Zimbabwe, to breathe in the newly independent nation’s heady air of freedom and hope. Few would have forecast that during the next two decades there would be democracy in South Africa while Zimbabwe hurtled towards tyranny and collapse, prompting millions of citizens to head south or scatter across the world.

On the up side, 93-year-old despot Mugabe’s resignation on 21 November created conditions for change; the country has a strong constitution; elections are just around the corner and international assistance – denied by the West for a decade – may be forthcoming.

The way in which Mugabe was removed, in a polite not-quite coup, indicates that Zimbabwe’s security and political leaders want international recognition and engagement, which in turn suggests efforts might be made to reform key laws and improve the freeness and fairness of elections.

‘‘Zimbabwe has been isolated by its disastrous policies for too long. Re-engaging the international community is one way the country will ensure its conduct is consistent with democratic and internationally accepted standards’

Moyo, former Chair of the IBA’s African Regional Forum and senior partner in the Zimbabwean law firm Scanlen & Holderness, welcomes the commitment to engaging the international community of new President Emerson Mnangagwa, sworn in on 24 November.

‘Zimbabwe has been isolated by its disastrous policies for too long. Re-engaging the international community is one way in which the country will ensure that its conduct is consistent with democratic and internationally accepted standards,’ he told the IBA.

On the down side, self-interested power plays rather than the national interest were suggested by the military’s involvement in Mugabe’s removal after he fired the generals’ key political ally, then Vice-President Mnangagwa, on 6 November. The sacking was reportedly intended to make way for the political ascent of Mugabe’s wife Grace, 52, and her allies in the ‘Generation 40’ (younger) faction of the ruling ZANU-PF party: many were arrested, and five were expelled from Parliament on 27 November.

Mnangagwa, 75, nicknamed ‘the crocodile’, was a close ally of Mugabe for decades, has strong support within the security establishment and among veterans of Zimbabwe’s 1970s liberation war, and has been seen as complicit in acts of violence, oppression and poll-rigging. However, many Zimbabweans and much of the international community believe him the person best able to guarantee a stable transition, implement political reforms and wrest the country out of economic crisis.

Enock Mudzamiri, a Zimbabwean doctoral student in politics at the University of South Africa, has argued in The Conversation that optimism at the demise of Mugabe was misplaced because it did not deal with the dearth of democracy. ‘It’s a "smart coup" in the sense that the military combined the frustrations of a restive population, internal party structures and international sympathy to remove a sitting president. It thereby gained legitimacy for an otherwise partisan and unconstitutional political act – toppling an elected government.’

He finds it ‘baffling’ how the military became the champion of democracy and regime change, given that commanders appeared to have been motivated by fear of losing their jobs; that the military had acted as part of the ZANU-PF machinery, campaigning for Mugabe and helping to neutralise opponents; and that the generals had been implicated in the plundering of diamonds in Zimbabwe and resources in the Congo. ‘Opposition groupings expressed guarded approval of the military’s actions, with the caveat that there should be a cross-party process of democratisation, free elections and an end to the flouting of human rights.’

All that aside, there have been promising signs in recent years that Mnangagwa is a more pragmatic leader than Mugabe, whose last two decades were about keeping himself in power. There have been efforts by Mnangagwa as Vice-President to revive agriculture and to strengthen laws in support of the constitution – the crucial foundation for democratic reform.

Importantly, the Senate bills would also leave the special counsel subject to the DOJ policy that a sitting President can’t be indicted. In practice, a special counsel cannot indict a sitting President, because any action resulting from his investigation must be taken by DOJ’s highest un-recused official, and any criminal indictment requires the consent of a DOJ attorney.

To fully revive the independent counsel model, as threatened by Rep. Schiff, would also revive the possibility of a Presidential indictment. Both the Watergate and Monicagate counsel concluded that it would be constitutional for them to indict a President, but exercised their discretion not to, and left the question untested in the courts. Bloch argues that the only redress provided by the Constitution for presidential crimes is impeachment, and to expose the President to criminal process would be ‘terribly disruptive'. 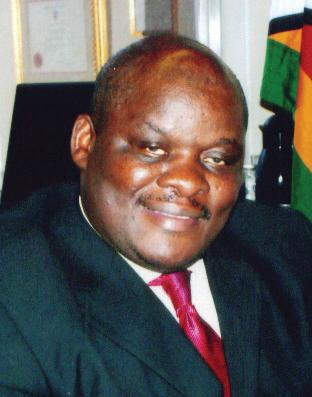 ‘The Zimbabwean constitution is a good and modern constitution which guarantees all the rights one can expect in a democratic society,’ commented Sternford Moyo. ‘Because it was crafted after a number of good constitutions had been promulgated in the region and in other parts of the world, we incorporated the best from other constitutions. It was, in many respects, a people-driven constitution because it was agreed to after extensive consultations with ordinary Zimbabweans. The process was all-inclusive.’

‘During his tenure as Vice-President and Minister of Justice, Emmerson Mnangagwa displayed a commitment to alignment of laws to the constitution and in fact identified over 200 statutes which required to be aligned. It is my hope and expectation that now he is President, he will be able to execute this project and create an environment in which human rights and the rule of law are observed. His inaugural speech carries enormous hope for a bright future in Zimbabwe.’

There is little doubt about mass support for change in Zimbabwe. An estimated 100,000 people turned out across the country at key moments of the two-week non-coup to push for and then celebrate Mugabe’s departure. Their jubilation, broadcast around the world – along with positive responses from the African Union and Southern African Development Community to Mugabe’s resignation – laid the groundwork for a credible transition.

Less promising is the outlook for transitional justice – ways in which countries tackle large scale human rights violations post-conflict, which is seen as vital to peace-building efforts together with disarmament, security sector reform and elections, says Mia Swart, Professor of International Law at the University of Johannesburg, in The Conversation:

‘After three decades of state-sponsored violence, there is an acute need to break the culture of impunity that has become entrenched in Zimbabwe. The steady erosion of human and political rights has further led to a lack of faith in the rule of law,’ she said. But the immunity agreement granted Mugabe, buttressing him and his extended family against prosecution for crimes during his 37-year tenure, ‘creates grave doubts about the legitimacy of the foundation on which the new Zimbabwe will be built’, and violates international law.

There have been calls from critical players for a broad-based interim government, Moyo tells Global Insight. ZANU-PF and the opposition Movement for Democratic Change worked together under a power-sharing agreement from 2009 to 2013. ‘I do not see anything that would make it impossible for them to work together in a transitional broad-based government. That, if agreed to, will give them time to create an environment conducive to the conduct of free and fair elections.’

Mnangagwa has said though that elections will go ahead as planned in July 2019. Electoral reforms in the intervening months will be crucial. Moyo says the process of biometric registration of voters is underway, supported by the United Nations and ‘aimed at creating a credible and dependable voters’ roll’.