Chris Dodd served as a Senator for 30 years and gave his name to the Dodd-Frank Act, America’s response to the financial crisis. He talks to IBA Director of Content, James Lewis, about the legislation described by Barrack Obama’s Administration as the greatest change to financial supervision since the 1930s.

James Lewis (JL): I’d like to take you back to before the financial crisis: why was it so hard to foresee it coming?

Chris Dodd (CD): Firstly, I always object when people talk about ‘the crisis of 2008’. Actually, the crisis began several years before then, and there was an unwillingness on the part of many to see it. There were hearings in 2006 about the growing mortgage crisis. No one paid much attention. I became Chairman of the Senate Banking Committee in January 2007 and held 90 formal and informal hearings [that year] about the growing problem of the foreclosures, homes, liar loans and so forth.

As late as the collapse of Bear Stearns in March 2008, people were denying this was a problem. And six months to the day of that collapse, you had the problems with American International Group (AIG) and the tumbling down of Lehman Brothers.

There were those who saw the advantages: short selling and so forth. But the critical players that could have been doing something refused.

Then you had the explosion in the fall of 2008, and the meeting on September 18th with Hank Paulson [US Secretary of the Treasury], Ben Bernanke [Chairman of the Federal Reserve], and the leadership of the House and the Senate, [where] Ben Bernanke announced that ‘unless you act in a matter of days, the entire financial system of this country and a good part of the rest of the world will melt down’.

Needless to say, the oxygen left the room that night. But this was not something that happened in seven or eight days. And, unfortunately, there were those who could have minimised the impacts of it. The fact is: we lost two of our largest investment banks; two turned into banking organisations; others merged; two of the largest commercial banks disappeared; the largest insurance company in the world was nationalised; and the largest credit unions disappeared. This was $13tn in national wealth, 26 million jobs, close to five million homes – it was a staggering cost. 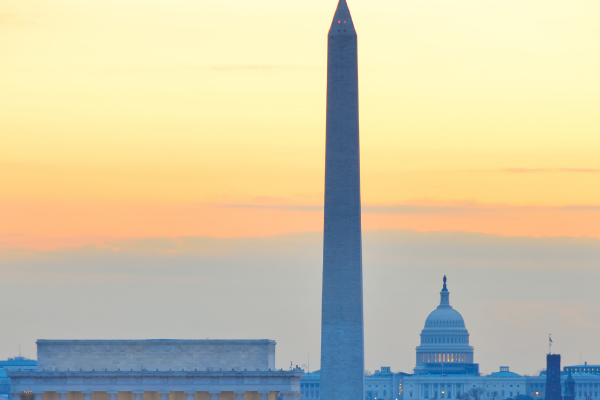 Washington, DC at sunset including the Lincoln Memorial, the Washington Monument and Capitol Hill.

JL: What were the most dysfunctional aspects of the financial system?

CD: I think the kind of oversight [that occurred]. One of the things we did in the [Dodd-Frank] Bill is [establish the] Financial Stability Oversight Council. I wonder why it took legislation to do this; you would have thought common sense would have dictated something like this, where you have the major financial regulators meet.

Also, I’ve always been an ardent advocate of home ownership. It’s a great wealth creator for an awful lot of people – it was the single largest wealth creator in terms of hedging against illnesses and old age, and minimum pensions and financial support for people. But you can go too far with it. The assumption that everybody can afford a home was a problem. I mean, go down the list of things that were wrong…

I can’t legislate confidence, but confidence in the financial system is a critical component

CD: Yes. Securitisation was a great idea. Certainly, [it was] going to create a lot more resources for providing additional mortgages, but you’ve got to have due diligence about whether or not these mortgages, bundled as they were, were going to be secure investments.

Securitisation created wealth, but also banks were holding mortgages for about ten weeks, and then they were gone. There was no regulation on brokers. So they were luring people into these deals. The banks were happy to take the business because they weren’t going to hold the thing very long. So you had a cascading effect of all of these elements, which culminated into the greatest economic crisis since the Great Depression.

JL: The Dodd-Frank Act is necessarily a large piece of legislation: it’s very complex and wide ranging. You’ve mentioned one of the key aspects, which is better joined-up regulatory oversight; looking at the horizon; people talking to each other. What are the other essential aspects of the Act?

CD:One is transparency – and, again, there was great resistance to greater transparency, particularly in the derivatives market. I never understood why people thought this was a liability: the opaqueness of those transactions certainly contributed to the mess. Every time there was another problem, we created an agency to somehow deal with it, rather than having some place where consumers could go.

The next crisis is not going to just involve Europe and the US and marginally other places around the world. The next crisis is going to include India and Brazil, Russia and China. It’s going to be far more difficult to contain. One of my goals in this Bill was to try and harmonise – not duplicate – our regulatory framework, so that you end up with a lot more global similarities within the regulatory structure. My hope was that we’d be able to harmonise some of this rule-making process, particularly in capital.

[Raising] the capital requirements [in the Bill was] a major achievement. But you’ve got to keep that up. And confidence building – I can’t legislate confidence, but confidence in the financial system is a critical component. Confidence was shattered by what happened.

JL: Trust really has been diminished across many institutions, not just finance. It’s going to take a long time for that to come back, isn’t it?

CD: There was a conversation with the manager of a sovereign wealth fund. He said: ‘I haven’t always made good bets, but I’ve never lost a moment’s sleep worrying about the safety and soundness of your financial architecture in this country’. That has been altered by what happened, and we’ve got to get that back. It’s very important globally that we get that back.

JL: In theory, you can have perfect legislation, but in practice it’s the results of lobbying by the very powerful finance sector. So, to what extent do the intentions and ideals of the Dodd-Frank Act come into practice?

CD: The capital requirements were seen pretty much globally – that’s good news. And the legislation allows the break-up of banks. People don’t realise this, but part of our provisions specifically allow for a bank to be broken up if it systemically poses a risk financially. And the requirement that banks must go through these stress tests has been, I think, very helpful. It’s got to be reassuring to investors in an institution that their bank is being well managed and well run.

We’ll have another crisis for certain, whether or not we build the architecture for the 21st century or not. The Glass-Steagall Act, the Federal Deposit Insurance Corporation (FDIC), and the Securities and Exchange Commission (SEC) were tremendously important: those three things probably gave us 60 years of relative stability.

It’s when all of a sudden we started to branch out and institutions started doing a lot more than what they had done historically that they began to get themselves in trouble.

JL: Does it concern you, then, that there are so many financial scandals continuing to emerge?

CD: Well, not really. There’s nothing terribly new about that. There are always going to be institutions – not just banks or financial institutions – where bad or corrupt management will find some way to scam the system. This is why you have valuable regulatory bodies.

There are remarkably good people in the financial services sector – tremendously talented, honest people who like working in this world. But it’s the exceptions who take advantage, or do things they shouldn’t do.

The leadership has got to recognise that they’re doing themselves, the industry and the country a great disservice. If they’re not more forthcoming in what they’re doing and how things are working for people, it does contribute to this cacophony of noise that every banker ought to be in jail – although I’m not sure anyone necessarily believes that. I don’t think it helps at all to have that kind of pervasive environment.

My plea would be that there has to be a greater appreciation of how fragile these institutions are in terms of the reputational value in the country. It is really important that the leaders of these institutions understand that, and find ways to communicate with the general
public.