A conversation with Hyeonseo Lee

Hyeonseo Lee escaped from North Korea in 1997, spending ten years in China evading the authorities before gaining asylum in South Korea. She talks to IBA Executive Director Mark Ellis about her experiences growing up, her journey and her mission to help the North Korean people.

Mark Ellis: You talk in your book about when the Great Leader [Kim Il-sung] died in 1994, saying it never occurred to you or to many North Koreans that this ‘godlike king so powerful that he could control the weather’ might die.

Hyeonseo Lee: Until the first dictator died in 1994, I thought he was God. People didn’t really believe he had actually died at the time.

We were so brainwashed in North Korea. The propaganda began from age four – we learnt the dictator’s name before we learnt our parents’ names. The most important thing for us was to learn about the dictator’s history and movement.

So many people ask me whether North Koreans really believe the propaganda from the regime. When Kim Jong-il died in 2011, things were different. Over time, people had begun to realise that they weren’t gods, but human beings.

ME: You also mention ‘purification time’ and ‘self-criticism sessions’ in your book. Tell us a little more about that.

I never said to my mother, ‘I love you’. I get goosebumps just saying that now. We’re not used to that – I was only used to criticising. This is a real tragedy for the North Korean people.

In North Korea, you can’t trust anyone. Friends, classmates and co-workers are forced to spy on each other. That’s why even when I was young, my mother told me not to say anything bad about the government, or repeat what I heard at home on the outside.


ME: You talk about your journey through China, and the treatment of refugees arriving there from North Korea has been criticised widely. Eighty per cent of defectors come through China and many are young women who are trafficked.

HL: More than 200,000 North Korean defectors are hiding in China right now. And 30,000 defectors have come to South Korea, finally finding freedom, including me.

But human traffickers are waiting for defectors at the border. Female defectors are sold as sex slaves or as a prize to Chinese men because the gender imbalance there has driven up the demand for women. I was always hunted by the Chinese authorities simply because I was a North Korean escapee.

Last year, when I met President Trump at the White House, I mentioned the human rights issues regarding repatriation from China, because China’s government, even today, are doing their best to help [Supreme Leader of North Korea] Kim Jong-un. They are continuously sending North Korean defectors back to North Korea, where they will be imprisoned, tortured and publicly executed. 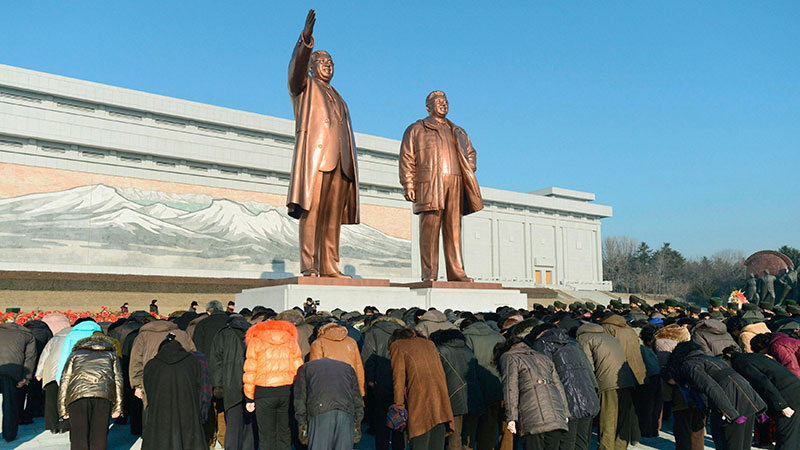 
ME: You had a remarkable period when you worked very hard to get your mother and brother over [to China]. Lots of ups and downs, extraordinary moments, but you succeeded. Did you feel it was ever going to happen after years [of trying]?

HL: Crossing the border totally changed my life in an instant, but it brought 12 long years of separation between my family and me. I was [trapped] in a brothel, I was kidnapped, gangsters were bribed… I wanted to end my life. But if I had, then I would never have seen my family again and this made me go on living. And then it happened in 2009. Even though we were so excited at the border, we couldn’t talk much because of fear of being caught.

It was a huge, epic journey. I told my mother the journey from North Korea to South Korea would take approximately two weeks. It actually took them a year.

ME: There is an extraordinary part of your book about a stranger you met from Perth, Australia. You said he was the first white person you had ever met. Can you say a few words about the remarkable kindness of that gentleman?

HL: Eventually my family was able to escape from China. But they were thrown in prison in Laos, across the Chinese border. After 50 days of going back and forth between the Laos Immigration Office and the police station to try to negotiate my family’s release, I found out that I didn’t have enough money to pay the huge fine that the Laos government demanded. I feared my family would rot in prison. I just lost all hope.

I then heard a man asking me a question. ‘What’s wrong?’ he said. He was my angel.

After he heard my story, he immediately went to an ATM. He withdrew the cash in US dollars and we visited the prison together. He not only freed my family, but three other defectors from the same prison. I asked him, ‘why are you helping me?’ And he said, ‘I’m not helping you. I’m helping the North Korean people.’ I thanked him with all my heart. His name is Dick Stolp.

Audience member: It’s great that you managed to escape, but lots of people are still in North Korea, struggling. What can we all do about this?

HL: This is my biggest concern today. People are suffering; they are living as slaves. The world is very aware of North Korea’s rapidly developing missile and nuclear capabilities, but not many people know about the struggles of the North Korean people. It seems like they are forgotten and not many people actually care.

Hyeonseo Lee is the author of The Girl with Seven Names: Escape from North Korea, which documents her experience escaping the North Korean regime.

I am hoping for changes from within the country. It is really important that the international community talks about denuclearisation. But what’s more important is to help the North Korean people.


My hope is to see the collapse of the regime, but I don’t know when North Koreans are going to gain their freedom. The regime in North Korea has ruled for seven decades and the Kim family has too much power. There are political prison camps and public executions. Three generations of a family can be ‘removed’ if one of the family members does something wrong.

As long as Kim Jong-un and this system exists, things will not change. The system controls people so much and they are scared.

In the past, the leader was seen as a god. People couldn’t share ideas [because of spying]. Even family members couldn’t trust each other. But what has changed is that people are becoming a little more aware of the outside world and their situation.

ME: You’ve spoken about the difficulties defectors find in integrating into a new society. Is that something you feel still exists?

HL: I face that problem every day. Ten years ago, I came to South Korea, seeking asylum. I thought that the South Korean people would welcome and embrace me, because we are brothers and sisters who have been divided for 70 years. The reality was completely the opposite. We were considered a burden. There were a lot of icy stares. We sometimes had to hide our identity. That really hurt me.


North Korean people have no channel to talk with the international community. Those of us who have escaped are their voice


I found out there was a huge gap between South Koreans and North Koreans because of the years of division – culture, lifestyle and even language has become so different. I had an identity crisis. I was really confused at the time. I thought maybe it would be better to go back to China or even North Korea. But I overcame that.

Even today, many defectors hide their true identities. But I don’t hide any more. I say I’m from North Korea and my job is to tell people about defectors.

ME: When you talk about finding your identity, the title of your book, The Girl with Seven Names, makes a lot of sense.

Ladies and gentlemen, join me in thanking Hyeonseo Lee.

HL: Thank you so much.

This is a heavily abridged version of the full conversation, which can be viewed at tinyurl.com/ibaseoul