The Polish Government has wholeheartedly rejected the European Commission’s recommendations to remedy alleged rule of law breaches, doing so on the last day before the deadline.

The Law and Justice Party (PiS) dismissed the Commission’s concerns that it had acted unconstitutionally by attempting to interfere with the workings of Poland’s highest court, the Constitutional Tribunal.

The PiS also closed off the possibility of any continued dialogue between Commission and Member State, declaring the matter ‘closed’. The Commission has yet to indicate how it will proceed, stating that it would ‘study Poland’s response before deciding on the next steps’.

The Commission had been investigating a constitutional fracas which started in Poland in 2015 when the then recently-elected PiS blocked the swearing in of judges appointed by the previous government to the Constitutional Tribunal.

The investigation is part of a new EU Rule of Law Framework designed to monitor and, ultimately, reverse any attempts to undermine the rule of law within a Member State of the EU where the Commission believes there has been a ‘systemic threat to the rule of law’. After a period of dialogue with Poland, the Commission made a series of recommendations to the Polish Government in July of last year.

‘‘In 2010, Prime Minister Viktor Orban was re-elected in Hungary and, slowly but surely, dismantled the checks and balances within the Hungarian Constitution

A Commission official explained to Global Insight why the Commission decided to act: ‘The Rule of Law Framework provides … a dialogue … to prevent the escalation of systemic threats to the rule of law. The fact that the Constitutional Tribunal [in Poland] is prevented from fully ensuring an effective constitutional review adversely affects its integrity, stability and proper functioning, which is one of the essential safeguards of the rule of law in Poland.’

The Framework came about as a consequence of the situation in Hungary. ‘In 2010, Prime Minister Viktor Orban was re-elected in Hungary and, slowly but surely, dismantled the checks and balances within the Hungarian Constitution,’ says Laurent Pech, Professor of European Law at Middlesex University.

From a legal point of view, there were only two options open to the Commission in the face of Orban’s actions. First, to start enforcement proceedings against violations of EU law. But these can only be engaged when faced with technical violations of specific EU laws. The Commission cannot use enforcement when dealing with rule of law problems.

The second was the so-called ‘nuclear option’ set out in Article 7 of the EU Treaty where the Member States vote unanimously to suspend Treaty rights of a Member State. Pech says ‘the Commission has strenuously avoided using’ Article 7 because it is so draconian.

‘Faced with this failure to do anything in Hungary, the Commission created the Rule of Law Framework, a pre-Article 7 procedure,’ says Pech, ‘and Poland is the first example of it being used.’

The PiS has clearly rejected those recommendations to mend its ways and refuses to engage with the Commission through the Framework, but there is no specific sanction or legal ‘resolution’ in such circumstances.

The Commission is back to the situation it faced with Hungary – its only way forward is to look to the Article 7 procedure (which is actually undertaken by the EU’s Council of Ministers, not the Commission itself). The problem is that there must be unanimous agreement to take this measure and it is well known that Hungary (and more likely than not, Britain) would not agree to any such suspension of Poland.

The failure of the dialogue demonstrates some of the difficulties that the Commission’s Framework process faces. Critics see it as interfering in the internal, domestic affairs of a Member State. In its rejection letter, the Polish Government argued that the fracas over the Constitutional Tribunal was just ‘a political dispute’ and that the personnel at the Commission were ‘politically motivated’ in getting involved in the way that they did.

Aleks Szczerbiak, Professor of Politics at the University of Sussex, who blogs for the LSE on these issues, raises questions over how the rule of law mechanism works. ‘Who is to say that there has been a “systemic threat” to the rule of law?’ he asks. ‘There is nothing here that you can say is objectively measurable. If you look at the situation in Poland, if you look at the debates in parliament, the ruling party could, arguably, justify what it has done and say it is in line with the Polish Constitution. It is just not as clear-cut as the EC would like to make out.’

Martin Šolc, President of the International Bar Association and founding partner of the law firm Kocián Šolc Balaštík in Prague, argues that the Commission can be objective about when there has been a systemic threat because ‘it is a matter of degree and context. We cannot make our response selective. We cannot choose where we like to respond and forget where we don’t,’ says Šolc. ‘We need to be consistent in our approach.’ 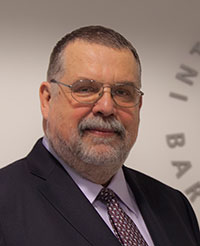 There is no doubt, however, that Poland’s rejection of the Commission’s recommendations puts its Rule of Law Framework to the test. Pech still believes it was a worthwhile exercise. He argues that something had to be done and that ‘political pressure might follow’ and concludes: ‘The only way to get things to change is by naming and shaming – then using political means. The EU mechanism can do the first bit and may well yet enable the second.’