In his address to the attendees at the Annual Conference in Sydney, the IBA President called on the legal profession to improve its public face and engage more with communities to halt the erosion in the rule of law and the rise of populism. 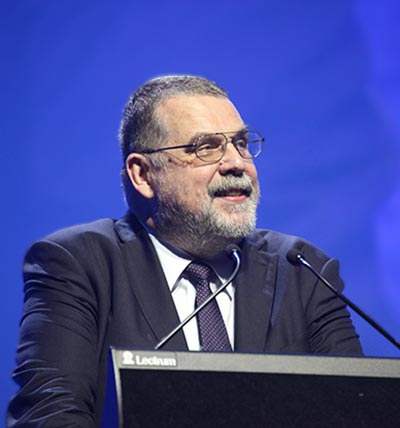 When I say thank you all for coming, this time, it has rather a different meaning, because many of you have travelled more than 10,000 miles to be here in Sydney. We have a very loyal group of core IBA members and supporters here.

We say proudly that we are ‘the global voice of the legal profession’. Let me spend some time thinking about when we should use that voice. When should we be speaking up? We may not fully realise it, but we’re living through quite difficult times. We are experiencing an erosion of certain values that we have taken for granted for many, many years. When I speak about values, I refer to the rule of law. There are two important reasons for this erosion. The first is a proposed trade-off between freedoms and the rule of law on the one hand, and a promise of security on the other.

Let me give an example: in early October, the lower house of Parliament in France passed an anti-terrorism law that will allow the police to place suspects under house arrest, will allow the closing of places of worship, will allow stop and search activities in designated areas and will allow house raids, misleadingly called ‘house visits’. All without sufficient judicial oversight. It is quite obvious that these measures compromise the rule of law. They give up the protection of millions of people in exchange for the promise of security.

It reminds me that I come from a country – the former Czechoslovakia – that didn’t have the rule of law for quite a while. The former President, Václav Havel, when released from prison after the fall of the Berlin Wall, said: ‘The prison I’m coming from is so much safer than here.’ I’m sometimes afraid that the safety we are being offered now is the same safety that Václav Havel spoke about.

We are also living in an era of growing populism. In almost every country, we see a layer of society that feels left out. That opens the door for populists of all kinds.

There are reasons why people feel abandoned and cheated. They feel cheated by political parties who should have a fair discourse about where the society goes, but instead fight for power and manipulate societies. The media, who were originally meant to inform and popularise culture, are not doing so. Instead, they provide information at the level of tabloids, and culture is brought down to the lowest common denominator.

“Let’s start explaining to ordinary people that the rule of law is not just a concept academics discuss, it’s their everyday lives

We can go on and on. We can talk about banks that are meant to take care of people’s money; or about lawyers who are here to protect people and society against abuse of powers, against people who disobey the law, but have become merchants of legal products instead.

Let me suggest that we do two things. First, we should be thinking about how to change public perception of the lawyer. The lawyer today is seen as greedy, selfish and unethical. Let’s be inspired by what happened after the first travel ban came into effect in the United States. Many lawyers went to airports and, all of a sudden, public approval of the legal profession went up. It’s about doing some good and changing the reputation of lawyers.

We need to do it together. It’s not just for human rights lawyers or bar associations, it’s every lawyer’s work. Law is our life and is the basis of all we do. Let’s all become whistleblowers for the rule of law.

This is an abridged version of IBA President Martin Šolc’s address at the IBA Annual Conference in October 2017 in Sydney.
View the full filmed address

The Chief Justice of Australia underlined the importance of an independent legal profession that operates free from pressure by clients or government.

In common law and other legal systems, it is typical to speak of the legal profession as being independent – with the ability to act and exercise judgement free from external pressure. This independence assumes a particular importance for lawyers in the conduct of litigation.

One source of pressure may come from clients. Lawyers cannot be influenced by a client about what they say or do. They cannot tailor advice to the expectations or desires of a client. And they cannot allow the needs of a client to affect the attainment of professional ethical standards.

Lawyers acting for clients in litigation have a special role – they speak on behalf of their client in court – but that is not to say that they speak as if they were the client, or are dictated to by the client.

It requires an independent discretion in the conduct and management of the case.

In the IBA’s report, ‘The Independence of the Legal Profession’, published in 2016, one of the identified indicia of independence was the ability to adapt and react to business practices and quasi-legal practices without undermining the exercise of independent judgement in the best interest of the client. The report recognised that there is a growing commercialisation of the legal profession and that it wis essential that it does not undermine the independence of lawyers. 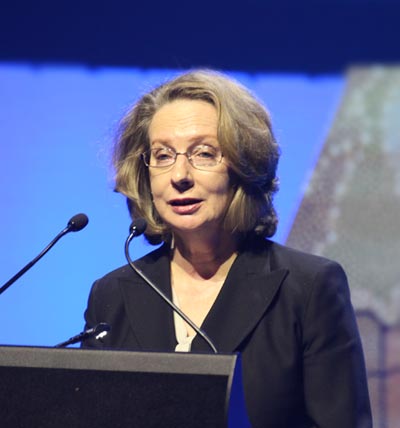 An aspect of an independent legal profession, which sets it apart from other professions, is that lawyers are sometimes required to act for clients who are in dispute with or challenge the government, or who are unpopular with the media or public. For a lawyer to be free to advocate fearlessly for a client’s interests, it is necessary that the lawyer be free of pressure from the state or its agencies.

In addition, the ‘IBA Standards for the Independence of the Legal Profession’ recognise that lawyers’ independence is an essential guarantee for the protection of human rights.

The question of how pressures that can be exerted by governments should be dealt with is a large one. How individual lawyers deal with such pressures is largely a matter for them. It requires a strong sense of duty and ethics, which may be promoted by further legal education and regulation of the profession.

“Governments in our region have recently made attempts to seek to control [independent lawyers’ associations]. Such action must be resisted

The IBA Standards also require that independent, self-governing lawyers’ associations be established in each jurisdiction. These are essential to the independence of lawyers and to the maintenance of the rule of law. However, governments in our region have recently made attempts to seek to control such bodies. Such action must be resisted. There are other examples where the treatment of lawyers and the recognition of their independence has improved because of the support from other lawyers’ associations.

Independence is a critical characteristic of the legal profession and one that the IBA plays an important role in maintaining.

This is an abridged version of Susan Kiefel’s speech at the IBA Annual Conference in October 2017 in Sydney.
View the full filmed address

The Commonwealth Attorney-General and Leader of the Government in the Australian Senate examined threats to the rule of law and the obligations of lawyers to defend it.

This month marks the 70th anniversary of the IBA’s first international conference in New York City. Today, as in 1947, the global order faces challenges that threaten its stability and imperil the institutions of nation states.

Among them are a form of Islamist extremism whose weapon of choice is terrorism; the willingness of some nations to defy the international rules-based order upon which our postwar stability depends; and an aggressive populism that endangers the human rights of citizens.

International criminal syndicates, enabled by the latest technology, pose unprecedented threats to law and order, while supranational technology giants present challenges to both the sovereignty of nations and the privacy of their citizens. 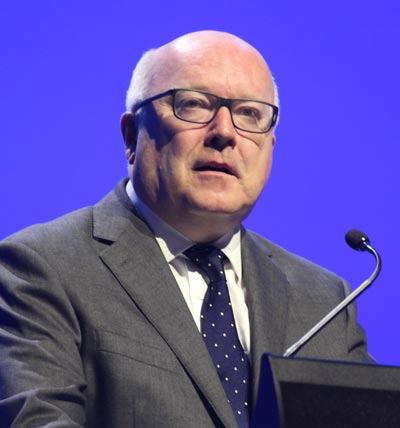 These phenomena, in their various ways, challenge the rule of law itself. And so, as lawyers, we must be careful to ensure that our governments’ reaction to them is effective and appropriate, so it does not compromise that which we seek to defend.

The rule of law is not an ideological concept, but a neutral set of principles based upon rationality, with certain essential common characteristics, which include generality, transparency, consistency and practicability. The requirement of generality – that the same laws apply to all – carries with it the necessary implication of equality. The requirement of transparency is also a prohibition against arbitrariness. The requirement of consistency demands that like cases be decided alike. Practicability means laws must be capable of obedience by the citizen, which is a protection against oppression.

The professional obligations of lawyers involves more than providing clients with advice or representing them. It goes beyond that, to upholding and defending the principles of the legal system itself. This may mean standing up to the powerful or defending the vulnerable, the marginalised or the despised.

Let me mention a few recent examples. In July, the Supreme Court of Pakistan disqualified Prime Minister Nawaz Sharif on the grounds of various allegations of dishonesty, while referring other more serious allegations to Pakistan’s anti-corruption body. In South Africa last year, the Constitutional Court unanimously upheld a suit brought against the President, which alleged the improper expenditure of public funds for his personal benefit.

“Those who exercise executive power must always accept they are subject to, and must be respectful of, the supremacy of the law

There are, unfortunately, many other examples of similar cases across the world. One commonality is the courage of many lawyers and investigators to challenge and confront. And, in doing so, asserting the primacy of the rule of law.

But let me also sound a note of caution: in defending the rule of law, it is important lawyers do not fall prey to believing they have a unique wisdom when it comes to public affairs.

It does mean, however, that the decisions of those to whom the public have entrusted the democratic mandate must always be subject to appropriate legal scrutiny; that their decisions are contestable, not merely from a public policy point of view in the legislature, but legally in the courts.

Those who exercise executive power must always accept they are subject to, and must always be respectful of, the supremacy of the law. And in that process, as the custodians of the rule of law, the role of lawyers is essential.

This is an abridged version of George Brandis’ keynote at the IBA Annual Conference in October 2017 in Sydney.
View the full filmed address