The International Bar Association’s Human Rights Institute (IBAHRI) strongly condemns the disbarment of Azerbaijani human rights lawyer Shahla Humbatova (pictured) by the Baku Administrative Court. The decision follows a request made by the Azerbaijani Bar Association (ABA) to disbar her. Critics describe the action as disproportionate and politically motivated. 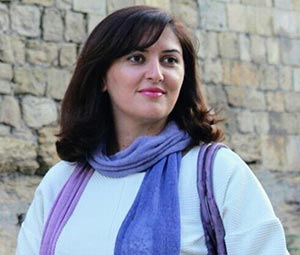 Ms Humbatova, known for taking on high-profile civil rights cases, was disbarred on 5 March 2021 due to the non-payment of ABA membership fees. She says the ABA did not take any steps to notify her of her outstanding fees and that she was unaware of the situation: ‘I learned about this from the media the day after the Board’s decision [to take me to court]’. Ms Humbatova said that she took immediate remedial action and paid the owed membership fees, which rendered the case against her moot as she was no longer in debt to the ABA at the commencement of disbarment proceedings.

Ms Humbatova’s disbarment follows a pattern of ‘systemic and targeted pressure’ taken against other human rights lawyers in recent years in Azerbaijan, including Elchin Namazov and Khalid Bagirov, whose disbarments were overturned by the European Court of Human Rights (ECtHR).

Reports indicate that the measures taken against Ms Humbatova were not equally applied to lawyers who also had outstanding ABA membership fees but are not specialised in human rights law. Ms Humbatova says the disparity in action points towards a neutralisation of lawyers who seek to represent clients such as representatives of non-governmental organisations, human rights defenders, individuals demanding their fundamental rights and those arrested for political reasons. She has stated that she is willing to take the case before the ECtHR as she views her disbarment from the ABA as politically motivated retaliation for her work.

IBAHRI Co-Chair and former Justice of the High Court of Australia (1996 – 2006), the Hon Michael Kirby AC CMG commented: ‘The action taken against Ms Humbatova and other human rights lawyers in Azerbaijan demonstrates that not only are they not protected from violation of their professional rights but are also subjected to unjustified prosecution in violation of basic procedural guarantees, including Principle 16 of the UN Basic Principles on the Role of Lawyers. This Principle states: Governments shall ensure that lawyers are able to perform all of their professional functions without intimidation, hindrance, harassment or improper interference, and “shall not suffer, or be threatened with, prosecution or administrative, economic or other sanctions for any action taken in accordance with recognized professional duties, standards and ethics.”’

Ms Humbatova has taken on numerous high-profile human rights cases, acting as a defence lawyer in the ‘Ganja case’ where torture was alleged of suspects arrested for the attempted assassination of the mayor of Ganja, Azerbaijan’s third largest city. She has also represented the then-political prisoner and blogger Mehman Huseynov.

Ms Humbatova is a recipient of the United States State Department’s 2020 Women of Courage Award which recognises ‘women from around the world who have demonstrated exceptional courage and leadership in advocating for peace, justice, human rights, gender equality and women’s empowerment – often at great personal risk.’

IBAHRI Co-Chair and immediate past Secretary-General of the Swedish Bar Association, Anne Ramberg Dr jur hc, commented: ‘The disbarment of Shahla Humbatova from the Azerbaijan Bar Association lacks credibility. The revoking of her licence to practice is disgraceful. We call for her reinstatement.’

Ms Ramberg added: ‘Worryingly, there is a trend developing across the globe where human rights lawyers are increasingly facing harassment and intimidation for carrying out their professional duties. The consequence of Ms Humbatova’s removal from the bar is that her clients are prohibited from being represented by her. Thereby, the right to free choice of a lawyer may be impaired. The systemic abuse of human rights lawyers must stop because it is a most serious threat to the rule of law and democracy.’