The huge illicit financial flows from Liberia that are undermining its development reflect the wider problems that persist across Africa. Illegal transactions are, in some ways, easier than ever, but there are promising developments at corporate, government and international levels.

'Pay your taxes to develop Mama Liberia,’ says a Ministry of Finance billboard on one of Monrovia’s main thoroughfares, referring colloquially to the West African country. As we drove past recently – dodging potholes on the way – this generated heated debate among our team about how to fund development.

We were heading to the Liberia Revenue Authority where, at the Accountability Lab, we have been working recently with the Open Society Initiative for West Africa to find creative ways to build awareness of fiscal transparency and tax issues.

Our team agreed that encouraging individuals to pay taxes through public messaging might be one part of the answer – but the real challenge is much bigger. Liberia needs to find ways to stop the massive illicit financial flows that continue to be channelled out of the country every year.

These flows of money that are illegally earned, transferred or utilised are systematically undermining Liberia’s development. For example, a recent Global Witness report indicated that companies in the logging sector alone owe the Liberian government $25m, or five per cent of the country’s budget. This is money that could be used to fund education in a country where literacy rates remain among the lowest in the world, or to invest in healthcare where, even after the end of the latest Ebola outbreak, there are less than 300 doctors for a population of over four million.

Scale of the problem

An effective fiscal regime and the enforcement of laws that regulate financial transactions provide the basis for a functional state that can serve its citizens. Well beyond Liberia, there are very few countries in Africa that have been able to get to grips with the problem.

These flows come in a variety of shapes and sizes – from over-invoicing, trade mispricing or transfer pricing by companies, to outright fraud and corruption. Secrecy and a lack of transparency through anonymous shell companies, trust funds and other legal structures prevent those investigating from understanding exactly who benefits from the proceeds. Advances in technology mean that transferring money covertly is easier than ever – particularly in places with fragile banking systems and weak financial regulatory and supervisory frameworks.

We need to make the case that proactive disclosure of information is good for business, because it generates trust

Most African countries simply do not have the capacity to police these issues. For Africa as a whole to have the same capacity to oversee tax issues as member countries of the Organisation for Economic Co-operation and Development, the continent would need to hire another 650,000 tax officials.

As outlined by the United Nations High Level Panel on Illicit Financial Flows from Africa, most countries do not have personal identification systems, so it is difficult to establish ownership of companies. Governments generally lack the means to verify the quantities of natural resources exported from their countries, rarely have dedicated financial intelligence units (FIUs) to investigate illicit financial flows, and often find it difficult to coordinate between the agencies involved with financial regulations.

And, of course, the incentives for companies, governments and financial institutions both in Africa and worldwide are not always aligned behind transparency and accountability.

From rhetoric to action

Coordinated efforts are required at multiple levels. First, at the company level, we need to think about more than just enforcement of the law. Businesses must support cultures of integrity that move beyond check-box compliance efforts and towards values-based operations. 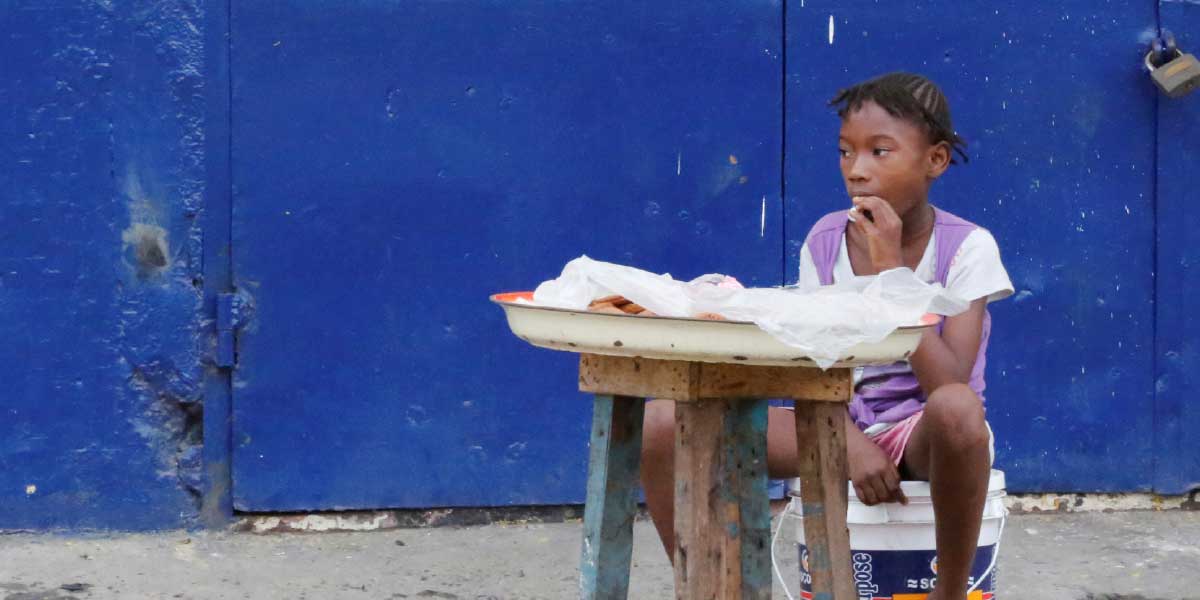 A young street vendor sits in front of a closed shop in Monrovia, Liberia.

Multinationals should be encouraged to promote disaggregated financial and operational reporting across countries to curb transfer pricing, and to work with governments through transparency mechanisms such as the Extractives Industries Transparency Initiative and Publish What You Pay. We need to make the case that proactive disclosure of information is good for business, because it generates trust.

Second, at the country level, we should build on what works. This means supporting the development of FIUs that can coordinate across governments, and strengthening legislative and regulatory frameworks around financial flows. Existing programmes can be tapped into. The OECD’s Tax Inspectors Without Borders initiative, for example, provides capacity support on tax and audit issues. In Kenya, every dollar of support through this programme increased revenues by over $1,000. The African Legal Support Facility also helps governments to negotiate complex commercial transactions with international investors to ensure fair deals.

Finally, at the international level, we need to move from rhetoric to action. Sadly, recent measures by the Trump administration in the United States, such as the roll-back of a disclosure rule for energy and mining companies, have undone years of work around these issues, but there is still some room for hope. The G20 has been working to end bank secrecy; 11 African countries are now part of the Open Government Partnership; and the Anti-Corruption Summit in London last year led to a series of international commitments around issues of beneficial ownership, open contracting and corruption. Progress with efforts to ‘connect the dots’ between various stakeholders and to coordinate actions at the international and national levels – such as the Financial Transparency Coalition – are also encouraging.

Recent measures by the Trump administration have undone years of work, but there is still room for hope

Back in West Africa, the Liberia Revenue Authority recently announced that it is investigating logging companies for the $25m in unpaid taxes, while efforts funded by the US Agency for International Development and others to support civil society working on natural resource governance are beginning to show impact.

On the drive back from our meeting with the Liberia Revenue Authority in Monrovia, I asked my colleagues how they thought we were doing. ‘Progress is small, small,’ they responded. Tackling illicit financial flows in Africa will not be easy, nor will it happen without setbacks, but changes are happening, slowly.

Blair Glencorse is Executive Director of the Accountability Lab and the IBA’s Innovation Fellow 2017. You can follow him on Twitter at @blairglencorse