Businesses across the United Kingdom are under pressure to address the barriers facing women’s progression at work after national data revealed that 78 per cent of large companies pay men more than women.

More than 10,000 companies released gender pay data for the first time in April 2018, under new reporting rules. The figures also show that 14 per cent of large companies pay women more, while only 8 per cent have no pay gap.

The data has prompted many businesses to begin developing measures to tackle longstanding structural inequalities, while campaigners have called for legislation to enable the limited use of quotas and greater flexible working.

‘It’s a game changer in terms of workplace culture and practices,’ said Sam Smethers, Chief Executive of gender equality charity, the Fawcett Society. ‘It forces employers to look at themselves and understand their organisations, and it prompts employees to ask some hard questions.’

Under the new reporting rules that came into force in April 2017, organisations with more than 250 employees must publish gender pay data annually. They must report the hourly pay difference between all male and female employees, alongside the bonus pay gap and percentage of women in each business quartile, by April each year.

According to the Equalities and Human Rights Commission, the UK’s national equality body that enforces the requirement, 10,015 employers provided the data by this year’s deadline. However, it said 1,456 others may face legal action including unlimited fines after missing the deadline, as will those who ‘have provided what appears to be statistically implausible data’.

The data reveals a startling gulf in pay between men and women across the public, private and voluntary sectors, with construction, finance, insurance and education among those with the largest gender pay gap.

It’s a game changer in terms of workplace culture and practices. It forces employers to look at themselves and understand their organisations

Many employers that met the deadline sought to appease their workforces by explaining the disparity. The BBC, for example, said 14.5 per cent of its mean gender pay gap of 18.9 per cent is driven by the fact that it has more men in senior roles and conversely more women in junior roles.

The Fawcett Society’s Sex and Power Index, published in April 2018, underlines the findings of the new data. It found that ‘positions of power in every sector of [UK] society are dominated by men’ and only six per cent of FTSE 100 chief executive officers are women.

In 2017, the Office for National Statistics suggested the seniority skew ‘may be due to attitudes about gender roles, lack of flexible working or women taking time to look after family’.

Law firms don’t have to publish data for some of their most senior staff – partners – as the new reporting rules don’t apply to business owners. Without that data, Magic Circle firms reported mean pay gaps of 13.9 per cent (Freshfields Bruckhaus Deringer), 14.3 per cent (Slaughter & May), 19.8 per cent (Allen & Overy), 20.3 per cent (Clifford Chance) and 23.2 per cent (Linklaters).

Some firms, such as Clifford Chance, published partner information voluntarily in a bid to encourage industry transparency. Clifford Chance’s mean partner pay gap was 27.3 per cent, compared to 3.9 per cent for associates and 27.7 per cent in business services. The firm’s overall mean pay gap was 66.3 per cent.

Including partner data widened Norton Rose Fulbright’s mean overall pay gap by 3.1 per cent, which it blamed on ‘the relatively low number of female partners at the senior end of the partnership’. The firm’s mean bonus gap increased from 31.6 to 39.5 per cent, because ‘partners tend to get higher bonus payments than employees and more male partners received a bonus than female partners,’ it said. 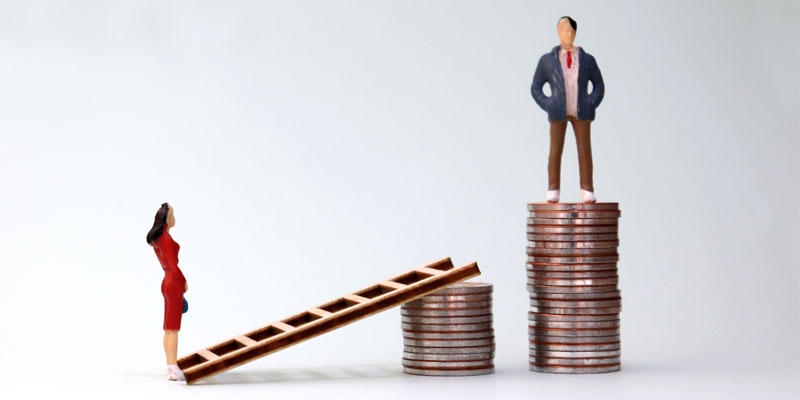 According to Masako Banno, Attorney at Law for Okuno & Partners and Website Officer of the IBA Women Lawyers’ Interest Group, the imbalance primarily results from ‘a bias against female lawyers [who have] less opportunity to develop business-related networks, regardless of whether or not they have children’.

Banno, who’s also Deputy-Secretary General of the Committee on Lawyers’ Gender Diversity at the Tokyo Bar Association, says women manage family life and household activities more often than men, which is problematic when firms ‘evaluate lawyers’ achievement based on whether or not they stay at their office until late at night’.

The IBA Legal Policy and Research Unit’s recent report, Women in Commercial Legal Practice, also highlighted this problem, finding many women left the profession because of the billable hours’ culture.

With maternity leave seen as a major contributor to the pay gap, the World Economic Forum has said that a ‘more equitable division of parental leave could be the solution’, adding that ‘unless legislative changes are accompanied by cultural ones, progress will be limited’.

Daniel Ornstein, partner at Proskauer and a member of the IBA Employment and Industrial Relations Law Committee, agrees. ‘It may be that the playing field will be levelled as more men exercise their right to take extended periods of absence through shared parental leave while more employers consider exercising such rights is the norm,’ he says.

In addition, the Fawcett Society has called for legislation to enable ‘a time-limited use of quotas across public bodies and the boards of large corporate organisations’ and for all roles to be advertised on a flexible working basis, unless there’s a business reason for them not to be.

The introduction of similar quotas in Norway increased the percentage of female directors from 6.8 per cent to 40 per cent over a period of seven years, while Iceland recently strengthened existing legislation by requiring companies with over 25 employees to certify equal pay for equal work regardless of gender, ethnicity or sexuality.

Some UK companies are implementing their own measures, including more exacting gender and diversity targets. Linklaters, for instance, says it is reviewing key leadership roles, investing in training for all colleagues around unconscious bias, and running courses to support the career progression of Associates – both male and female. To close the seniority gap, the firm says it ‘is working towards a target of 30 per cent female partners’.

Andrew Bazeley, Fawcett Society Policy and Insight Manager, said: ‘From making flexible working the default to changing how they recruit and promote, there’s a lot organisations can do to fairly promote women and close their gender pay gap. The important thing is they understand what their data is telling them, talk to their women employees, and put in place a funded action plan.’