The International Bar Association’s Human Rights Institute (IBAHRI) strongly condemns the indiscriminate attacks perpetrated with heavy artillery and airborne missiles on and around the densely populated Nagorno-Karabakh area that has resulted in the death and injuring of hundreds of civilians. The IBAHRI calls for the Armenian and Azerbaijani forces in the contested region to observe the recently brokered ceasefire.

From information in the public domain, it appears that at least 260 civilians have been killed as a result of the conflict, and that hundreds of homes, schools and hospitals have been destroyed.

IBAHRI Co-Chair and former Justice of the High Court of Australia (1996–2006), the Hon Michael Kirby AC CMG, commented: ‘The IBAHRI draws the attention of all the parties to the conflict to their obligations under international humanitarian law, according to which belligerents must at all times distinguish between the civilian population and combatants, and between civilian objects and military objects. The principle of distinction is one of the fundamental principles of the law of armed conflict. It is a norm of customary international law and is codified in Articles 48, 51(2) and 52(2) of the Additional Protocol (I) to the Geneva Conventions,1977. Therefore, this principle is binding upon both Armenia and Azerbaijan. The IBAHRI reiterates that attacking the civilian population is a serious violation of international humanitarian law and constitutes a war crime.’ 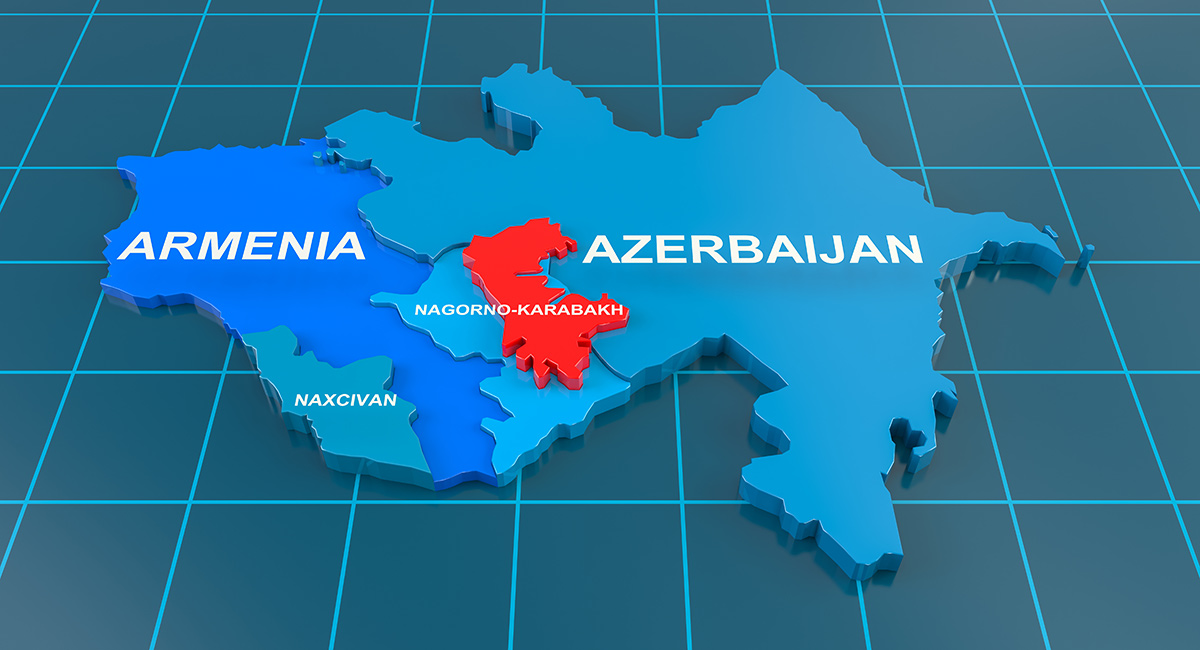 Fighting has intensified recently, with big cities on both sides reportedly shelled. Each party has accused the other of deliberately targeting civilian areas, and both have denied the allegations.

The Armenian side Nagorno-Karabakh’s de facto authorities reported that Nagorno-Karabakh’s capital, Stepanakert, had come under artillery fire. The authorities released footage of the city and what seemed to resemble the usage of cluster munitions, which are explicitly prohibited under international humanitarian law. The bomb was identified as Israeli-made M095 DPICM cluster munitions that appear to have been fired by Azerbaijani forces.

The Ministry of Defence of Azerbaijan stated that Armenian forces were bombing several towns, including Azerbaijan’s second largest city, Ganja. Reports state that other cities in Azerbaijan including Füzuli, Tartar and Jabrayil have also been the target of indiscriminate shelling from the Armenian side.

IBAHRI Co-Chair and immediate past Secretary-General of the Swedish Bar Association, Anne Ramberg Dr Jur hc, commented:‘The IBAHRI is deeply alarmed by the parties’ use of weaponry  that is prohibited under international humanitarian law, such as cluster bombs. The inherently indiscriminate character of these weapons puts civilian lives at risk. In Article 51(4) of the Additional Protocol I, the prohibition of indiscriminate attacks is set forth, making deployment of these bombs in residential areas a blatant violation of international law and completely unacceptable. The IBAHRI urges the parties to the conflict to observe the ceasefire, halt the violations of international humanitarian law and human rights law, and commit to peace talks in accordance with international law to bring much-needed peace to the region.’