It was one of his first executive acts in office. Exactly as he foretold, a few days after his election victory, President Trump signed an order withdrawing the US from the Trans-Pacific Partnership (TPP), bringing seven years of negotiation to an abrupt halt.

Trump’s reasons were that the mega-regional trade agreement between twelve countries (including long sought-after trading partner Japan) was ‘harmful’ to American trade and American jobs: ‘a potential disaster for the country’.

Though the deal had not been agreed by US Congress and so the withdrawal will not have any direct effect on international trade law and practice of the signatory countries, this does not mean that it is purely symbolic. It is a warning light of a more protectionist policy agenda to come.

‘Trump has taken the US out of the driver’s seat of the most important trade negotiation since the creation of the World Trade Organisation (WTO),’ says Eric Emerson (pictured), Co-Senior Vice-Chair of the IBA’s International Trade and Customs Committee and partner at Steptoe in Washington. ‘TPP has bold new rules in distinctly new areas. Its failure would be a major set-back.’

The future of TPP itself is not certain: it cannot be ratified without the US and it was a US-led deal. The US media expressed fears that TPP will fall apart and China, which has been pushing its own trade deal, the so-called Regional Comprehensive Economic Partnership (RCEP), may decide to take up the reins. ‘The US pull-out does not mean that global trade negotiations won’t go on, it just means they will go on without us,’ says Emerson.

These concerns may be justified. In a series of recent high-profile international summits, China’s leader, Xi Jinping, hinted at China’s trade ambitions and appears, ironically, to have become a spokesperson for globalisation and free trade. At the APEC summit in November he stated: ‘China will not shut the door to the outside world but will open it even wider’.

The future of other ‘21st century’ trade agreements is also not certain. The TPP is (or was?) a new type of trade agreement. It encompasses a range of initiatives not limited to basic free trade packages (reducing tariffs and customs). It also includes chapters on intellectual property rights, ensuring minimum labour and environmental standards of signatories and reforms to hitherto opaque investor-state dispute resolution processes. Though TPP is not a multilateral agreement in the way that the WTO is, it is far more multi-dimensional than the more traditional two-country bilateral tariff-based agreements which Trump favours.

Simon Lester, trade policy analyst with the Cato Institute, says that ‘bilateralism’ of the kind mooted by the new president is not really free trade at all. ‘If two countries sign a bilateral agreement they have zero tariffs between them,’ he says. ‘But that also means that other countries will now have relatively higher tariffs: bilateralism is not free trade because it is preferential and discriminatory. It distorts the market rather than letting the market choose the best place for goods and services to be bought and sold and at what price.’

Emerson argues that globally the US will look out of sync. ‘There will be a rise in bilateralism, no question,’ he says. ‘But the rest of the world will move forward multilaterally. China is stepping up and regional agreements such as RCEP will be developed without US involvement. It’s a real tragedy.’

Trade experts also fear for the WTO itself. ‘Trump is more positive about the WTO in that the US can use it to bring complaints over international trade through its highly-respected dispute resolution mechanism,’ Lester says. ‘But there have been a few big cases which the US has lost around anti-dumping rules. Could the new administration blow up the system?’

During the pre-election campaign, Trump stated that the North American Free Trade Agreement (NAFTA) was the worst trade deal the US has ever signed. The new administration sees NAFTA as being responsible for allowing companies to offshore work to Mexico’s low-wage economy, undermining the US job market and manufacturing. Emerson believes that NAFTA does ‘need some updating’ as it is more than twenty years old. ‘Tearing it up, however, as Trump has intimated he may, is a terrible idea,’ he says. 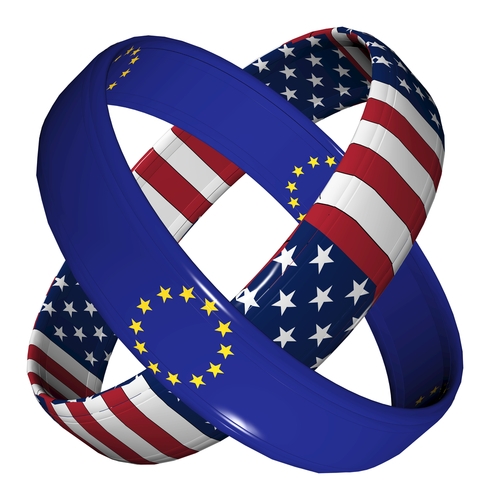 The other large regional trade deal Trump has not mentioned so much is the controversial Transatlantic Trade and Investment Partnership (TTIP) between the US and the EU. ‘Trump may view the EU as “fair traders” so TTIP, in his view, may be an agreement between equals under which the US is not being exploited,’ says Emerson.

Trump’s tirades against trade deals appear to be part of a broader protectionist policy objective. The new president has also ordered the revival of the construction of two highly contested oil pipelines (which former president Barack Obama had stopped for environmental reasons).

As part of this, Trump has reiterated that the pipeline-makers must not use any foreign, imported steel, only US steel, when building pipelines in the US.

It is symptomatic of the extraordinary political times that in response to this protectionist rhetoric from President Trump, it is from China, from Premier Xi Jinping, that free trade is defended. Xi said in his speech at the World Economic Forum in Davos recently: ‘Pursuing protectionism is like locking oneself in a dark room. Wind and rain may be kept outside, but so is light and air.’