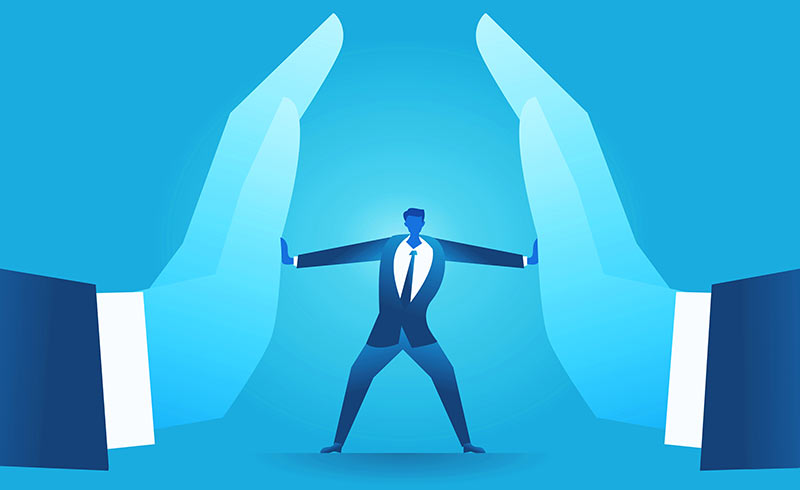 Legal process outsourcing has grown from a novel concept to a go-to tool, as, under increasing pressure to reduce external spend, corporate counsel continue to explore new ways to rein in costs. But there’s still strong debate as to how corporates can best leverage technology to complement their in-house offering, reports Ruth Green

A 2019 report by Thomson Reuters identified that the global annual revenue for alternative legal service providers (ALSPs) jumped from $8.4bn in 2015 to $10.7bn in 2017. Traditionally dominated by the Big Four accounting firms – Deloitte, EY, KPMG and PwC – there has been an influx of new entrants to the ALSP market worldwide. 25 per cent of corporations surveyed by Thomson Reuters indicated that they planned to increase their spending on ALSPs – a clear sign that they’re attracting the attention of the in-house circuit.

‘The pressure’s definitely there to do more with less,’ says Graham Richardson, Head of Konexo, the alternative legal services business operated by Eversheds Sutherland. ‘In-house teams are taking on more work, they’re needing to change how they operate and that’s by using different providers and contract lawyers and what we’ve seen is there’s definitely a shift towards using ALSPs.’

Richardson concedes that in-house teams have been slow to embrace ALSPs’ full offering, but that increasingly they’re seeing the advantages of using external providers, particularly like Konexo that are affiliated with law firms. ‘The legal profession is very conservative, hence the pace of change is significant when you look at it over a ten-year period, but it’s hardly an avalanche of change,’ he says. ‘That being said, in-house lawyers quite like the fact that they can buy their alternative offerings from traditional law firms. That’s where there’s a real opportunity for law firms like us and Konexo.’

Farrah Pepper, Chief Legal Innovation Counsel at Marsh & McLennan Companies in New York, says ALSPs should no longer be regarded as a passing a trend, but a staple resource for many in-house legal teams in the United States. ‘What might have once seemed like a novel and experimental way to improve delivery of legal services is now a standard and popular option on any GC’s menu,’ she says. ‘These legal service providers are an essential part of today’s legal ecosystem. With the continued unbundling of legal services, along with the ever-present need to become more efficient and effective in our practice, it is virtually a no-brainer to explore leveraging these resources.’

Document discovery services were traditionally a key area that both in-house counsel and law firms outsourced to ALSPs. Pepper argues that this is changing. ‘It goes well beyond discovery,’ she says. ‘There are numerous potential applications for various practice areas, such as M&A due diligence, and for law department operations, such as invoice review.’

Recent research commissioned by Konexo suggests that a growing faction of the in-house market believes legal technology can help boost operational efficiencies, particularly for low-risk, high-volume matters such as legal research and document review. However, two-thirds of those surveyed voiced concern that it would fail ‘without consultative expertise’.

‘Like artificial intelligence and autonomous cars – these are early days,’ agrees Karl Veldkamp, Chair of the IBA Alternative and New Law Business Structures Committee and a partner at Karl J Veldkamp Professional Corporation in Toronto. ‘The solution with ALSPs is not a “button” away,’ he says. ‘If the assignment needs little or no value-add in terms of discretionary considerations and the like then data and information quantification and summary ALSPs could provide an attractive low-cost alternative. It would not provide solutions for many value added situations, which have a heavy advisory component.’.

Marco Bollini, Chair of the IBA Corporate Counsel Forum, says general counsel must give careful consideration to their company’s ultimate goal in outsourcing work to ALSPs to determine whether it is the right decision for their business. ‘Before even considering using ALSPs or legal technology, a GC should assess with his or her team what are the targets that they intend to achieve for their legal department,’ he says. ‘For example, document automation tools may not really help you if your company business implies separate negotiations for each contract.’

Bollini stresses the importance of identifying providers whose outlook aligns with your business’ long-term strategies. ‘There is a core bulk of knowledge and expertise that cannot be substituted by ALSPs or technology,’ he says. ‘Set up partnership only with ALSPs that are truly committed to your company and that do not want only to provide services but, instead, can see the benefits of a longstanding relationship.’

ALSPs have traditionally targeted large in-house teams requiring assistance to churn through large volumes of documents, but Richardson believes that, increasingly, providers are looking to offer more bespoke solutions. ‘We’re also trying to look at how we can provide a solution that is the right size for smaller teams as well,’ he says. ‘We’re looking at ways where you can use your flexible lawyers, who can offer a lower rate, but just as much profitability for everyone as they work in different ways.’

Although the jury may still be out on whether ALSPs can act as an adequate substitute for in-house expertise, Pepper believes that, with thorough research and due diligence, it’s possible to find the right arrangement to suit your business. ‘When instituted strategically, managed well and imbued with a true spirit of partnership, you can mind meld with legal service providers who become true extensions of your team,’ she says, ‘With any relationship, trust and communication are key. When it gels, it is like a bit of modern-day pixie dust for your legal team – everyone soars higher.’

Ruth Green is a multimedia journalist at the IBA and can be contacted at
ruth.green@int-bar.org