International Women’s Day 2021: IBAHRI reaffirms commitment to addressing the gendered nature of law and discrimination within 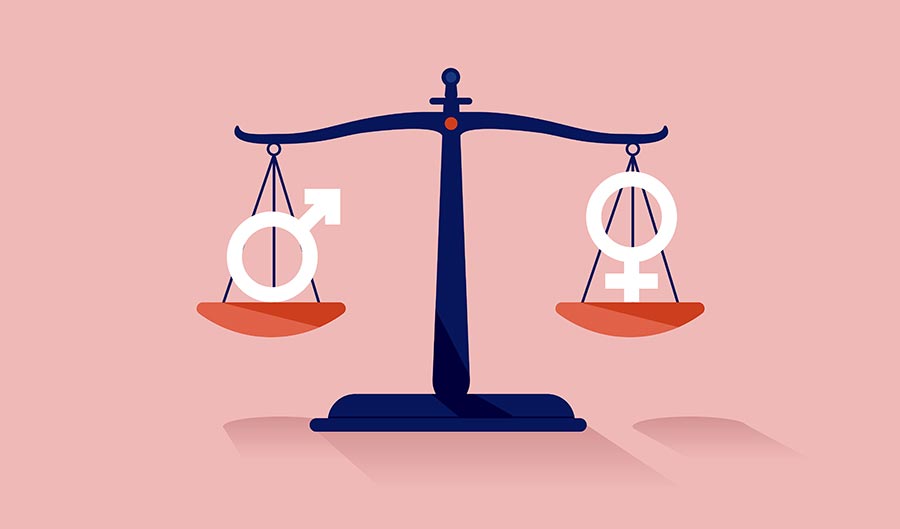 In a Resolution passed unanimously by its Council of esteemed judges and international lawyers, the International Bar Association’s Human Rights Institute (IBAHRI) reaffirms its commitment to address discrimination against women in law, legal systems and legal practice.

Baroness Helena Kennedy QC, IBAHRI Director and frequent broadcaster on law and women's rights commented: ‘The law everywhere is man-made. There is no legal system in the world that does not have its roots in law constructed by men and created from a male perspective. It was not a global conspiracy but a reflection of power relations within societies. Those who ruled got to make the rules. As a result, legal systems often fail to deliver justice to women; locking women into subordinate roles and failing to protect them from abuse. Law can be an instrument of oppression, as well a source of rights. It is imperative that we examine all our systems and identify the ways in which law perpetuates stereotypes and myths about women and denies women equality. This resolution from the International Bar Association’s Institute of Human Rights sets out the ways in which law fails women and how legal reform can provide remedies. Women’s rights are human rights; a world where our rights are secured equally and where our common humanity is respected will be a world where justice becomes possible.’

Published today, 8 March 2021, to coincide with International Women’s Day, the IBAHRI Council Resolution on Addressing Discrimination against Women in Law, in Legal Systems and in Legal Practice recognises ‘that over the course of history, the law has been drafted, implemented and enforced in environments that have deliberately excluded women, that these legal processes continue in environments where women are underrepresented, and that this underrepresentation influences the development of the law and politics.’

However, the Resolution acknowledges ‘the legal efforts that have been made and continue to be made at domestic, regional and international levels to address the different forms of discrimination that women and girls experience,’ including the:

Nevertheless, the Resolution notes: ‘that the historical, economic, social and political subordinate status of women and girls persists around the world in many forms today’.

IBAHRI Co-chair and former Justice of the High Court of Australia (1996–2006), the Hon Michael Kirby AC CMG commented: ‘The IBAHRI Council is unanimously committed to addressing discrimination against all women through law. The failure of the law to recognise the unique experience of each and every woman, regardless of race, ethnicity, religion, age, sexual orientation, gender identity, disability, immigration status, education, marital status, and other grounds makes for a poorer world. Our Resolution resolves to ensure “that national, regional and international law do not perpetuate injustice against women and girls” and asserts “the legal profession should advocate for women to occupy influential positions in legal practice, thereby empowering them to lead reform of laws which otherwise entrench the gender-based vulnerabilities.”’

The Resolution addresses discrimination in relation to political participation, employment, inheritance, sexual and gender-based violence, defences in civil and criminal trials, criminal punishment and its enforcement, and intimate relationships, including marriage.

IBAHRI Co-chair andimmediate past Secretary-General of the Swedish Bar Association, Anne Ramberg Dr jur hc stated: ‘On this International Women’s Day, the IBAHRI is proud to represent women lawyers worldwide seeking change and to be fighting for women human rights defenders, including Iranian human rights lawyer Nasrin Sotoudeh or Saudi Arabian activist Loujain al-Hathloul who have faced persecution for fighting for equality in the law. This Resolution acknowledges theirs and their peers’ continued struggle and the necessary work they do fighting for women around the world. We strive for a world in which women’s rights are globally recognised in law and women no longer face persecution based on their sex.’

The Resolution highlights the need for lawyers worldwide to recognise the necessity of continuous, collaborative work to end the different forms of discrimination experienced by women and girls today; the importance of the law to women and girls in addressing the different forms of discrimination they experience; the crucial role played by the legal profession at all levels in promoting equality and non-discrimination through the interpretation and enforcement of legal norms. The Resolution was passed on 26 October 2020.