Africa's 'lions on the move': the continent’s legal infrastructure is hampering economic progress

About the IBA Fellowship for Innovation 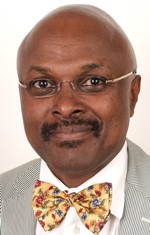 In 2010, McKinsey published a report on Africa titled ‘Lions on the Move: The Progress and Potential of African Economies’. According to the report, Africa’s collective economy grew at 4.9 per cent annually from 2000 to 2008, twice as fast as the preceding two decades.

Africa is the third fastest growing economic region in the world, after emerging Asia and the Middle East. The continent’s combined economic output, valued at $1.6tn in 2008, is now roughly equal to Brazil’s or Russia’s. Africa offers investors the highest rate of return of any developing region.

America’s interest rate rise in December has resulted in the flight of capital from the African region; prior to the Fed’s announcement, a number of economies in the region experienced slower economic growth, partly due to a reduction in the value of commodities – on which most African countries rely – reduced China demand due to its slowing economy, and the fall in oil prices, reducing revenue to many old and new oil producers.

The net effect was deterioration in African currencies, with Zambia leading the way with a substantial drop in 2015. African economies can, nevertheless, sustain these shocks if there are true fundamentals supporting the growth – with solid bedrock: the rule of law. These fundamentals cannot exist in a vacuum and the rule of law is an indispensable foundation of economic architecture. Therefore, any assessment of African growth must take these criteria into account before rosy assessments can be made.

Current legal infrastructure on the African continent is characterised by inadequate legal education, ineffective adjudicative and registry systems, rampant corruption, and an unrealised harmonised commercial legal framework just to mention a few of the major issues. I address each of these below.

Across the region, law schools are in serious disrepair. In most of the institutions, faculty are inadequately trained and therefore unprepared to lecture effectively. This contrasts starkly with Western institutions, where a premium is placed on a long and extensive background in a legal practice area, coupled with some history of scholarship, a strong academic background.

These qualities are carefully examined before even being considered as faculty in a respectable,let alone top tier law school. Furthermore, as in the case of the United States, rigorous accreditation criteria exist before a law school is ABA accredited. None of these requirements prevail in sub-Saharan Africa.

In addition, the proliferation of private law schools still have to tap into a finite base of local, relatively weak expertise. The lack of a sound accreditation criteria makes it difficult to ensure a minimum standard of quality in the delivery of legal education in the region. Consequently, the bar to offering a law school program in sub- Saharan Africa is dangerously low, hampered by the limited academic curriculum unresponsive to current global realities.

The African lawyer unleashed on the marketplace is globally uncompetitive when up against better trained and equipped western peers. As a result, most Attorneys General will hire highly priced international counsel when faced with major lawsuits, with their local staff playing a minimal role in the litigation.

Inadequate facilities signals the relative weight placed in legal service delivery. It also points to the political priorities inherent in delivering a sound rule of law framework. The lack of adequately trained judges results in the failure to deliver world class adjudicative systems – resulting in investors avoiding local courts in the event of disputes.

"The future of the African economy is leveraging the larger markets beyond national boundaries. The freedom to trade across boundaries can only take place under a regime of predictable rules

In other cases, some countries in the region have hired expatriate judges to help bring their local counterparts ‘up to speed’. In the Kingdom of Lesotho (a Southern African country) it is not uncommon for South African judges to sit in judgment of local cases; in Rwanda, after the establishment of new commercial laws, the country hired expatriate judges to sit on the commercial court to ensure there was consistent application of the new laws.

Interestingly, there is a growing tendency for judges from African countries to sit as expatriate judges and legal experts in various jurisdictions, including Swaziland, Botswana and Namibia in Southern Africa.

This is an indication of the relatively strong education of some sub-Saharan African states compared to others – though it is certainly not the norm.

Africa’s court registries are not operating anywhere near the levels required. For example, it is common for most systems to be manual, resulting in easy misplacement or intentional removal of files, where those managing such files can use such a system to ‘rent seek’. There are widely reported cases in which it was obvious that registry staff were persuaded, one way or another, to ‘make the evidence disappear’.

Furthermore, a manual system delays adjudication of disputes, since cases are not necessarily heard in the order they were filed, or in some cases not heard at all since the documentation ‘has walked away’.

In Kenya, it is well documented that frequent cases of lost or misplaced case files in Kenyan courts system impacts negatively on the administration of justice in the country. Poor record keeping practices at the Kenyan courts have contributed to corruption in the judiciary, and as a result of this impacted negatively on the administration of justice.

This characterization of the Kenyan courts also applies to other jurisdictions in sub-Saharan Africa. The harmonisation of commercial laws across Africa is an important driver of economic development. In recent times, the various regional trading blocs – such as the Common Market for East and Southern Africa (COMESA), the East African Community (EAC), the Southern African Development Community (SADC), the Economic Community Of West African States (ECOWAS) – are championing their respective large markets as vehicles of economic integration.

OHADA, (Organisation pour I’Harmonisation en Afrique du Droit des Affaires, which translates as Organisation for the Harmonization of Business Law in Africa) involves seventeen West and Central African nations and has made this its central agenda. The future of the African economy is leveraging the larger markets beyond national boundaries.

The freedom to trade across boundaries can only take place under a regime of predictable rules. Harmonisation provides certainty for investors doing business in the region. There is however scant evidence for the success of harmonisation in Africa mostly driven by cultural, linguistic, legal tradition, and limited political will. There has been a real failure to encourage free flow of investment, cross border trade, legal certainty, political stability and the benefits that flow from all this, such as economic growth and regional economic integration.

This failure is leaving a void that is being filed by a mercantilist trend, with China leading the charge. Most of Africa’s promise lies in its natural resources, a huge attraction to China to fuel its economic growth. Through various bilateral deals, China has become the favourite trading partner in Africa – by employing apparent concessional lending while pursuing its energy and natural resource agenda. If this continues at the current pace, Africa risks losing the benefits of organically developed and interlinked commercial system that would benefit investors, and eventually its citizens.

In conclusion, Africa, from Cape Town to Cairo, is extremely well endowed. Beyond commodities, and other natural resource dependencies, Africa has substantial potential to feed the world and offers incredible tourist destinations in its abundantly beautiful climate.

The comparative advantage that would result from a region with a solid legal infrastructure, underscored by predictable rules and regulations, would offer unprecedented economic advantages globally. Only then will the Lions truly be on the move.

Swithin J Munyantwali is Vice-Chair of the African Centre for Legal Excellence. He is one of three Fellows under the IBA’s newly inaugurated Fellowship for Innovation programme