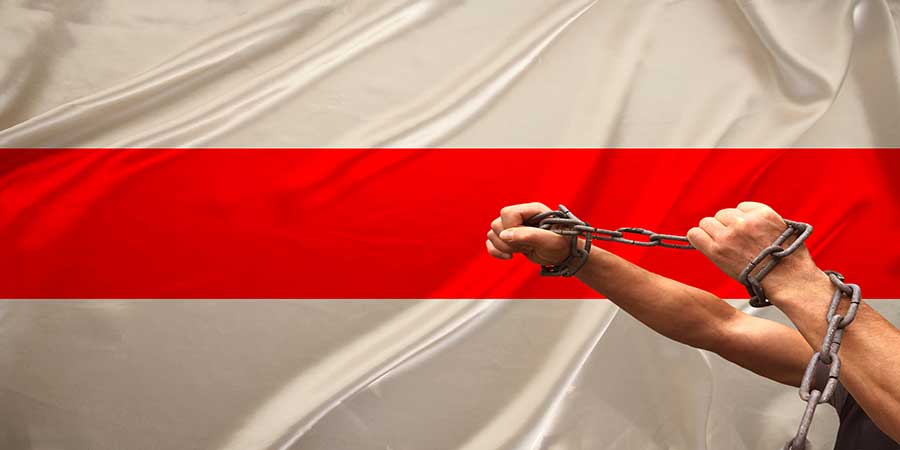 Mr Sudalenka, a lawyer and head of the Gomel branch of the Viasna Human Rights Centre, and Ms Lasitsa, a volunteer at Viasna, were detained on 18 and 21 January 2021 respectively by the Investigative Committee of Belarus. Subsequently, Mr Sudalenka was charged on 1 February 2021 under Parts 1 and 2 of Article 342 of the Belarus Criminal Code – ‘the organisation and preparation of actions grossly violating public order and financing such activities’. Ms Lasitsa is also being held in connection with alleged public order violations.

Mr Sudalenka documents human rights violations and has assisted many Belarusian citizens prepare individual complaints to the United Nations Human Rights Committee on allegations of abuse committed by government and police agents in Belarus. Detained in the temporary detention facility of the Department of Internal Affairs in Homiel, Mr Sudalenka was denied access to his lawyer for many hours.

IBAHRI Co-Chair and former Justice of the High Court of Australia (1996 – 2006), the Hon Michael Kirby AC CMG commented: ‘The IBAHRI calls for the release of Leanid Sudalenka and Tatsiana Lasitsa, and all other human rights activists arbitrarily and illegally detained by the Belarusian government, unless valid evidence is produced in line with fair trial proceedings. Activists who are directly engaged in helping victims of human rights abuses in Belarus should not be charged with criminal offences by the State. The detentions breach Article 9(1)of the International Covenant on Civil and Political Rights (ICCPR),which reads, “Everyone has the right to liberty and security of person. No one shall be subjected to arbitrary arrest or detention. No one shall be deprived of his [or her] liberty except on such grounds and in accordance with such procedure as are established by law.” Furthermore, Article 9(2) states, “Anyone who is arrested shall be informed, at the time of arrest, of the reasons for his [or her] arrest and shall be promptly informed of any charges against him [or her].” Law must not be used to arbitrarily criminalise civil society members. They play a vital role in democracy, which democratic states protect, rather than diminish.’

Under Article 9(1) of the ICCPR, the UN Human Rights Committee has held that ‘arbitrariness’ should be interpreted broadly to include ‘elements of inappropriateness, injustice, lack of predictability and due process of law…reasonableness, necessity and proportionality’.

The IBAHRI also condemns the detention of the journalist and human rights activist Andrei Aleksandrov and Iryna Zlobina by the Ministry of Internal Affairs on 12 January 2021. Reports state they had been detained as suspects in a criminal case for allegedly financing protests in Minsk. According to data collected by the Belarusian Association of Journalists, at least 11 journalists have had criminal justice proceedings opened against them since November 2020 and remain detained.

IBAHRI Co-Chair and immediate past Secretary-General of the Swedish Bar Association, Anne Ramberg Dr jur hc, commented: ‘The IBAHRI urges the Belarusian government to release immediately and unconditionally, Andrei Aleksandrov and Iryna Zlobina and to refrain from harassing professionals doing their job and human rights activists exercising fundamental rights in Belarus. We further urge the Belarusian authorities to guarantee their safety to pursue their legitimate activities without hindrance or fear of reprisals.’