US Supreme Court: replacement of swing voter Kennedy shifts balance for a generation

Justice Anthony Kennedy, who served on the US Supreme Court for 30 years and was recognised as the centrist swing voter, retired in June, with his replacement Brett Kavanaugh widely expected to tip the balance of the Court for decades to come.

Both President Trump’s appointees to the Supreme Court to date – Kavanaugh and Neil Gorsuch – are conservative former Kennedy clerks.

President Barack Obama selected the moderate liberal Merrick Garland to replace Antonin Scalia on the Supreme Court when he died in 2016. However, Gorsuch now sits in that seat, as the Senate did not follow traditional norms of confirmation.

The new majority will consist of the two justices appointed by President Trump; two – John Roberts and Samuel Alito – appointed by President George W Bush, who lost his first popular vote but won the Electoral College thanks to the Court’s ruling in Bush v Gore; a fifth, Clarence Thomas, appointed by George H W Bush, takes a textualist approach – seeking to uphold the original meaning of the United States Constitution – and is generally viewed as the most conservative member of the Court. This backdrop is raising concerns about the future of the Court, and particularly its balance.

For many years, Justice Kennedy formed the fragile fifth vote ensuring a progressive outcome in numerous iconic cases. He joined in preserving the right to abortion for women in Casey v Planned Parenthood (1992). He recognised gay and lesbian rights to marriage in Obergefell v Hodges (2015). He preserved some possibility of race-based affirmative action in Fisher v University of Texas (2016). In Massachusetts v EPA (2007), he joined in reading the Clean Air Act to regulate greenhouse gases. In Roper v Simmons (2005), he banned capital punishment for minors.


Justice Kennedy also joined the four conservative justices in some equally iconic rulings, which progressives blame for some of the major problems currently facing America. In Citizens United v FEC (2010), Justice Kennedy construed the First Amendment to lift any limits on corporate political influence. In DC v Heller (2008), he joined in reading the Second Amendment to enshrine a right to carry guns in the home. In Shelby County v Holder (2013), he helped to dilute the protections of the Voting Rights Act against racial gerrymanders, on the premise that America has moved beyond racism. Just this June, Justice Kennedy joined the four conservatives in opening the door wider to racial gerrymanders (Abbott v Perez), and reading the First Amendment in an unprecedented way resulting in the defunding of public sector unions (Janus v AFSCME).

One of the key concerns is that the Supreme Court will now overrule or roll back some of the more progressive rulings. Paul Smith, Vice President, Litigation and Strategy at the Campaign Legal Center in Washingtion, has argued 21 cases before the Supreme Court and helped to pioneer its gay jurisprudence. He remains relatively optimistic. ‘The Supreme Court doesn't move nearly as fast as some would like and others would fear,’ he says, citing Justice Elena Kagan. On issues like abortion or gay rights, the Court is more likely to chip away incrementally at the edges. Smith predicts, for example, that the Court will not overturn the right to gay marriage. Nor can he imagine that it will so narrow the right as to create ‘two classes of marriage.’ Rather, he foresees a ‘temporary setback… confined to a few states’ that are willing to invite a political and economic backlash.

Smith cites the late Justice William Brennan, who when the Court’s liberal milestones were first threatened in the 1980s, encouraged plaintiffs to seek refuge in state courts and state law. Even if the Court repeals the federal constitutional right to an abortion embodied in Roe v Wade (1973), advocates will be able to fall back on a pitched battle state by state. Similarly with political gerrymandering, if federal litigation comes up short, activists can always focus their energies on the creation of redistricting commissions through state ballot measures. 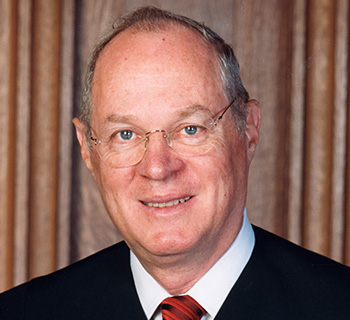 It is possible, too, that the Court will seek to avoid the appearance of partisanship in important cases. Chief Justice Roberts, who is the closest thing the new Court will have to a swing vote, takes his role in protecting the Supreme Court’s reputation particularly seriously. Notably, he joined the Court’s four liberal justices to save Obamacare. A commitment to institutional values might also incline the Court to take a stand limiting President Trump’s executive power in the appropriate situation. ‘The Chief Justice,’ says Smith, ‘is a person who knows the difference between the rule of law and the absence thereof.’

Both Kavanaugh and Gorsuch, however, tend to have a narrow vision of regulatory power, which could be highly relevant in areas such as climate change. Supreme Court advocate John Elwood of Vinson & Elkins served as Deputy Assistant Attorney General in the Office of Legal Counsel under President George W Bush. He believes that Kavanaugh’s strict views on standing – those who can legitimately bring a case before the court – could make it harder for challengers to President Trump’s deregulatory policies to get a hearing. But, says Elwood, it may also prove difficult for the Trump administration to repeal President Obama’s rules unless the President’s agencies are careful to dot their ‘i’s. ‘I think they’ll play it straight,’ Elwood says of the new justices, ‘and may even welcome the opportunity to play it straight.’