A landmark ruling at the International Centre for Settlement of Investment Disputes (ICSID) in July brought an abrupt end to a fraught six-year battle between Uruguay and the world’s largest tobacco company.

The regulations included the Single Presentation Requirement, which meant tobacco manufacturers could no longer sell multiple varieties of a single brand. Another piece of regulation required companies to cover 80 per cent of their tobacco packaging with graphic health warnings – an increase of 30 per cent from the previous threshold. Philip Morris argued that the increase left no space for its legally protected trademarks and, in doing so, violated the terms of Uruguay’s Bilateral Investment Treaty with Switzerland. 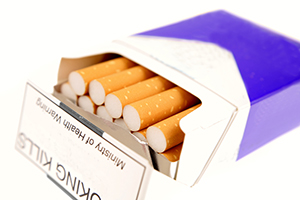 This isn’t the first time a tobacco company has challenged a state’s packaging legislation. In 2011 Philip Morris Asia Limited sued the Australian government, claiming its plain packaging legislation violated a 1993 bilateral investment treaty brokered between Australia and Hong Kong. Then in 2015 Philip Morris, alongside British American Tobacco, Imperial Tobacco and Japan Tobacco International, took the UK government to court over its plans to ban logos or branding on tobacco packaging from May 2016. Both legal challenges were rejected. However, the Uruguay case marks the first time a tobacco group has challenged a state in front of an international court and the first investment arbitration concerning tobacco control.

Paul Reichler, chair of international litigation and arbitration at Foley Hoag, who represented Uruguay in the case, told Global Insight the major challenge for his team was proving to the tribunal that Uruguay’s regulations were justified. ‘The central issue in the case was whether there was reasonableness or a lack of arbitrariness in the two public health regulations that Uruguay had adopted,’ he says. ‘The Single Presentation Requirement was Uruguay’s attempt to deal with ongoing deleterious health effects. Essentially the government found it wasn’t enough to ban words like mild or light, something which it and many other states had already done. Uruguay demonstrated satisfactorily to the arbitrators that it had reason to believe that larger health warnings were effective in dissuading, or at least made people understand the risks better.’

Following the ruling, Marc Firestone, senior vice-president and general counsel at Philip Morris, said in a statement that the company would not be appealing the decision: ‘We’ve never questioned Uruguay’s authority to protect public health, and this case wasn’t about broad issues of tobacco policy. The arbitration concerned an important, but unusual, set of facts that called for clarification under international law, which the parties have now received.’

‘‘It’s great that this case has happened and it’s the first case of its kind in relation to tobacco control, but it doesn’t show that all is well with ICSID

The tribunal ordered Philip Morris to reimburse Uruguay $7m in legal costs for the drawn-out court battle. Leonardo Melos, head of litigation at Bergstein Abogados in Montevideo and an IBA member, believes the case will send a strong message to Big Tobacco. ‘The case is significant because, regardless of the almost cinematographic nature of the uneven battle between David and Goliath – the budget of Big Tobacco exceeds Uruguay’s gross domestic product several times over – it may put an end to a more profound debate: the right of governments to enforce health policies that they believe are more beneficial to their citizens. All of this is irrespective to companies’ right to conduct their business freely and receive equal treatment in the eyes of the law.

‘I believe this case will set a precedent, since, without a shadow of a doubt it will modify not only states’ behaviour but also the behaviour of Big Tobacco and their strategy for defending their business.’

ICSID – run by the World Bank since 1966 as a forum to arbitrate between foreign investors and states – has become increasingly unpopular with other Latin American states, which view the institution as siding with investors. To date Bolivia, Ecuador and Venezuela have all withdrawn from the ICSID Convention.

Melos feels the verdict ratifies the independence of arbitration tribunals like ICSID, but thinks its Latin American neighbours are unlikely to have a change of heart. ‘The objections to the ICSID convention appear to be more political than judicial or technical,’ he says. ‘For this reason if the political context of these countries doesn’t change radically then it’s difficult to see how a ruling like this could modify policymakers’ thinking in these countries. Perhaps they are prepared to only accept rulings when they are favourable. When politics encroaches on regulation and traditional institutions lack the rule of law, it’s difficult for countries to uphold these types of commitments.’

Reichler says the case will do little to convince sceptics that ICSID is the best forum for resolving investor-state disputes. ‘It’s great that this case has happened and it’s the first case of its kind in relation to tobacco control, but it doesn’t show that all is well with ICSID. States are right to look for different systems,’ he says. ‘There’s a role for international arbitration between sovereign states and investors, but the system has been more biased against states than not and therefore a new system is required.’

But, says David Arias, a founding partner at Arias and Co-Chair of the IBA Arbitration Committee, ICSID is far from swayed towards investors. ‘On the contrary, it is a totally impartial and well-balanced institution,’ says Arias. ‘The Washington Convention specifically foresees that when the parties to an ICSID dispute do not agree upon the number of arbitrators and upon the method of their appointment, the arbitral tribunal shall consist of three arbitrators, one appointed by each party and the president by agreement of the parties.’

Arias also cites the fact that, as of June this year, 46 percent of decided disputes registered under the ICSID Convention and Additional Facility Rules were resolved either fully or partially in favour of the investor. He adds: ‘Even though the chair of the Centre has powers under the Washington Convention to appoint arbitrators under certain circumstances – generally resulting from a lack of party agreement – these powers are only used in a minority of cases.’

As for this case, both Reichler and Melos agree Uruguay’s win will have profound implications.

‘It’s a major victory for public health,’ says Reichler. ‘It’s also important that Uruguay’s costs are getting paid as I know other states have been pressurised and backed off. Even though states can be confident of winning their case, for $5m in legal fees they might previously have considered it just wasn’t worth engaging in the battle.’

‘The decision is a big setback for the industry,’ stresses Melos. ‘Certainly if other countries can restrain the lobbying power of Big Tobacco they will implement similar measures. Nowadays scientific evidence showing the harm caused by tobacco is incontestable.’