The International Bar Association’s Human Rights Institute (IBAHRI) and the Clooney Foundation for Justice (CFJ) strongly condemn the new wave of repression against the legal profession in Belarus that has seen at least four lawyers deprived of their licence to practise, including Lyudmila Kazak, lawyer for Belarusian Opposition leader Maria Kolesnikova. The rights groups call for the reinstatement of the lawyers' licences. 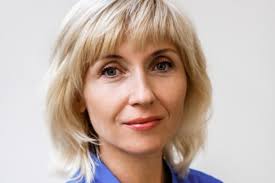 On 19 February 2021, the Qualification Commission on Advocacy Issues—a body under the authority of the Ministry of Justice and therefore not independent—decided to revoke Ms Kazak’s legal licence. According to the Ministry of Justice, this decision was made because ‘[Ms Kazak] disobeyed the lawful demand of a police officer in the performance of his official duties, thereby committing an administrative offence under Article 23.4 of the [Administrative] Code.’

Prior to the arbitrary revocation of her licence to practise law, Ms Kazak was detained by three unknown persons on 24 September 2020—the day before she was to have appeared in court for a hearing in the Kolesnikova case. She was forced into an unmarked car and taken to the Central District Department of Internal Affairs.

While her arrest was initially predicated on charges of allegedly participating in a mass protest in violation of Article 23.34 of the Administrative Code, she was ultimately charged with resisting arrest under Article 23.4. She was also subjected to a personal search that led to the seizure of client-attorney confidential documents. After spending the night in a temporary detention centre, Ms Kazak’s case was heard by the Oktyabrsky District Court. Her trial, which was monitored by CFJ’s TrialWatch initiative, was characterised by irregularities, including the court’s reliance on the evidence of anonymous prosecution witnesses and its refusal to hear some of the requested defence witnesses. Furthermore, as UN experts have noted, “[b]ecause of her arrest, Ms Kazak was unable to represent Ms Kolesnikova at [the] hearing that took place on 25 September 2020.”

Ms Kazak was ultimately convicted of violating Article 23.4 of the Code, sentenced to a fine of 675 rubles, and released. It was this conviction that was the basis for the revocation of her licence to practise law.

Ms Kolesnikova, currently held in a pre-trial detention centre in Minsk, is an ally of opposition leader Svetlana Tsikhanovskaya and has led protests after Ms Tsikhanovskaya fled to Lithuania following the disputed 9 August 2020 Presidential election results, subsequent mass protests and violent crackdown on protesters in Belarus. According to media reports, there were attempts to forcefully deport Ms Kolesnikova from Belarus to Ukraine. However, she ripped up her passport, foiling the attempted deportation.

In similar cases, the Quality Commission has also taken action to revoke the licence of lawyers Konstantin Mikhel, Mikhail Kirilyuk and Maxim Konon, on alleged grounds related to ‘incorrect expressions in relation to representatives of state bodies’, which, according to the Ministry of Justice, is ‘an act incompatible with the title of a lawyer.’ Further, Ms Kolesnikova’s previous counsel have faced persecution: Her lawyer Alexander Plychenko had his licence revoked for ‘speaking to the press about human rights violations in Belarus,’ and another lawyer, Illya Saley, has been under house arrest since October 2020.

IBAHRI Co-Chair and former Justice of the High Court of Australia (1996 – 2006), the Hon Michael Kirby AC CMG commented: ‘The action taken against Ms Kazak, as well as the cases against her colleagues, is directly related to professional activities. It demonstrates that legal professionals in Belarus are not protected from violation of their professional rights, but also are subjected to personal threats in the form of kidnapping, arbitrary arrest, detention, and unjustified prosecution in violation of basic procedural guarantees. This contravenes Principle 16 of the UN Basic Principles on the Role of Lawyers that states: Governments shall ensure that lawyers are able to perform all of their professional functions without intimidation, hindrance, harassment or improper interference, and “shall not suffer, or be threatened with, prosecution or administrative, economic or other sanctions for any action taken in accordance with recognized professional duties, standards and ethics.”’

IBAHRI Co-Chair and immediate past Secretary-General of the Swedish Bar Association, Anne Ramberg Dr jur hc, commented: ‘The Belarusian authorities are riding roughshod over the rule of law. Driven by fear, and trying to rule by fear, the authorities are violating the rights of people in Belarus with impunity. Peaceful assembly and fair trial rights are breached, as well as the right of lawyers to carry out their professional duties without being harassed. The revoking of Ms Kazak’s and her peers’ licences is disgraceful. We call for their reinstatement.’

Amal Clooney, Co-President of the Clooney Foundation for Justice said: ‘As the Belarusian authorities escalate their crackdown, it is critical that opposition figures and peaceful protesters have access to counsel to defend them against spurious charges. Belarus should let lawyers do their jobs, instead of trying to silence them along with their clients. We call for the immediate reinstatement of all arbitrarily revoked lawyers’ licences.’