Politicians should not pick judges, and nor should judges

Despite their power and importance, there’s no global gold standard for how judges are chosen. A strong case can be made that, now more than ever, we need a new international norm where judges are chosen independently and on merit.

In India, judges appoint judges. It’s unusual, yet understandable in historical context. In the 1970s, Indira Gandhi, frustrated by rulings that stopped her cutting down rights, appointed Chief Justice Ajit Nath Ray over the heads of his more senior colleagues. Ray went on to preside, during Gandhi’s emergency rule in 1976, over the notorious ‘Habeas Corpus’ judgment that Indians have no fundamental right to personal liberty.

Government control of the courts was no mere feat. Gandhi’s ability to appoint judges ensured the courts did her bidding.

So many applauded when, over a series of three ‘judges’ cases’ in the 1980s and 1990s, India’s Supreme Court barred the government from any role in senior judicial appointments. They would be made instead by a ‘collegium’ of the Chief Justice and four of his colleagues.

Any unchecked power is likely to be abused, though, and what then seemed a guarantee of judicial independence risks, in 2018, making courts unaccountable, arbitrary, factional and disrespected.

Last summer, the second-most senior Supreme Court judge, Justice Jasti Chelameswar, alleged that collegium meetings have been too informal and improperly convened. Now, Chelameswar is leading a public revolt of senior Supreme Court justices against Chief Justice Dipak Misra’s arbitrary assignment of judges to hear corruption cases (Misra had insisted, in November, on his right to assign to himself a case involving allegations of corruption against him).

‘Democracy itself is at stake’ in this row, Chelameswar has said. It’s an extraordinary crisis in a major Supreme Court. Lying behind it, arguably, is the judicial politics of the collegium itself.

In 2014, Prime Minister Narendra Modi’s government tried to end judges’ right to appoint their own, by amending the constitution and setting up a National Judicial Appointments Commission in place of the ‘collegium’. Supreme Court judges would sit on the Commission – and have a veto on appointments – as would two ministers and two independent members. But, in 2015, the Supreme Court struck down the amendment, ruling that it would unlawfully alter the basic structure of the Constitution. Justice Chelameswar alone dissented. Since then, Court and government have been in fruitless talks about a ‘memorandum of procedure’ for the collegium, while an appointments crisis looms: in 2018, several Supreme Court vacancies will arise.

Modi’s proposed Commission, giving ministers a veto on appointments, was not the best solution – especially given what happened during the emergency. But, nor can it be right for Indian judges to entrench in law their own power to select themselves secretly, casually, unchecked and unaccountably. Fears of corruption and a crisis of trust are the natural result.

What’s needed in India (whether by constitutional change or by fudged ‘memorandum’) is a transparent, independent commission involving not only judges but respected lawyers, legal academics and lay people.

Another country hurrying to update the way it chooses judges is Canada. Its new Supreme Court Justice Sheilah Martin was chosen according to a new process introduced in 2016 by Prime Minister Justin Trudeau. An independent advisory board compiled a shortlist – but Trudeau still picked Martin after further vague ‘consultation’. He also chose the Court’s new President, Richard Wagner, again after consultations with unnamed ‘leading members of the Canadian legal community’. Is this good enough? I think not. Canada is an international model of sound and uncorrupt institutions, and Trudeau’s moves to a more independent system are welcome, but the board should not be simply advisory. It should itself appoint judges, and Trudeau’s ultimate power should be removed. 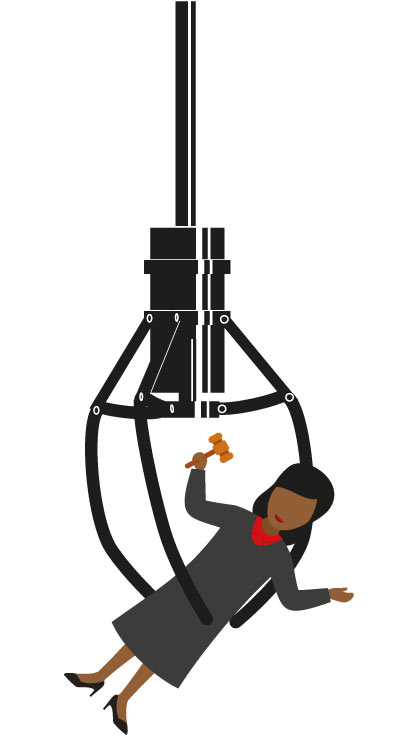 That would make Canada’s system more like the United Kingdom’s, where a special commission chooses each new Supreme Court Justice, and any new President. At the moment, those commissions are made up of the current President (unless their successor is being chosen) together with another senior judge, as well as legal and lay members of the standing Judicial Appointments Commissions for each part of the UK. True, the Justice Minister (or Lord Chancellor, to use the ancient title) has an ultimate veto, if they give reasons for rejecting the special commission’s choice. But it’s hard to imagine the veto being exercised, and why it should be. The veto should be done away with.

The other change the UK should make is to put at least one foreign member on each commission. The idea may be contrary to the nationalist Brexit zeitgeist, but so much the better.

We now live in a world of globalised information, and one of the best ways to ensure our institutions avoid parochial decay is to have foreign input into them. Distinguished foreigners should, in the 21st century, help choose members of the leading democracies’ top courts, and the UK can lead the way. Retired senior judges from other jurisdictions might be ideal for the role.

What we certainly must avoid is any shift towards politicised appointments. It’s astonishing that the new Supreme Court President Lady Hale should have immediately proposed that very thing. She suggested that a senior minister and an opposition spokesman should sit on selection panels, to provide ‘an element of democratic involvement’. This would be 180 degrees travel in the wrong direction for the UK. When judges are attacked by ignorant newspapers as ‘enemies of the people’, it’s more important than ever that courts are seen to be apolitical. If politicians are involved, they’ll either have a veto (unacceptable) or will leak if their ideological objections to a candidate are overridden; and, as we’ve seen with Sir Martin Moore-Bick (Chair of the Grenfell disaster inquiry) and his critics, politicians are capable of objecting to a judge for the stupidest reasons. It’s a terrible idea, that would make the UK more like America. And what a mess America’s in about judges.

The provisions in the United States Constitution allowing the President to appoint Supreme Court Justices with the advice and consent of the Senate is supposed to mean executive power is checked and balanced. Compromise and moderation is, in theory, the result. But, in reality, it means that appointment to the Court is a hyperpolitical process in which a Congressional majority not only can, but does, block judges on partisan grounds no matter how qualified; and not only can, but does, let the President appoint any judge no matter how partisan his choice. The Senate’s refusal to consider the outstanding Merrick Garland and its confirmation instead of the predictably conservative Neil Gorsuch is a disgrace to the American legal system.

What’s really remarkable, standing back from all this, is that there’s no global gold standard for how to choose judges. There have been some attempts to establish guidelines, but they’re very vague. The United Nations Basic Principles on the Independence of the Judiciary, adopted in 1985, say at paragraph 10 simply that:

‘Any method of judicial selection shall safeguard against judicial appointments for improper motives.’

The IBA Minimum Standards of Judicial Independence, from 1982, could be viewed as endorsing the status quo in all four countries discussed. Paragraph 3a says:

‘Participation in judicial appointments… by the executive or legislature is not inconsistent with judicial independence provided that appointments and promotions of judges are vested in a judicial body in which members of judiciary and the legal profession form a majority.’

That okays India. While paragraph 3b:‘Appointments… by a non-judicial body will not be considered inconsistent with judicial independence in countries where, by long historic and democratic tradition, judicial appointments and promotion operate satisfactorily’ covers Canada, the UK and the US. If we agree that it is time for clearer and more demanding international norms on judicial appointments, I propose the following principles.

First, all appointments to a nation’s Supreme or Constitutional Court should be made by an independent commission with judicial, legal and lay membership, excluding political representatives.

Second, every such commission should include a foreign representative.

And third, any state whose constitution prevents the immediate adoption of the first and second principles must submit to inspections and the publication of reports on the operation of its processes by a panel of international monitors drawn from countries that do satisfy the first principle.

Once we establish an international gold standard for appointments to national courts, we can move on to international courts. It may sound like sour grapes coming from a Brit (Sir Christopher Greenwood lost his place on the International Court of Justice, the Indian Dalveer Bhandari having attracted more support in the UN General Assembly), but appointing judges through a political process is no more acceptable at international level than it is at home. We need to move away from it, into a new era where international judges are chosen on merit, independently of states’ diplomatic jockeying – and are no longer hawked around parliamentary and general assemblies in search of votes.

Carl Gardner is the IBA Journalism Fellow. He’s an established legal commentator, former government lawyer and lecturer in law. He can be contacted at carl@headoflegal.com