In the housing estates above Belfast an uneasy peace reigns. British flags flutter in Protestant neighbourhoods while across the Irish Sea, Britain — perhaps indifferent to this display of loyalty — seeks to become ‘great’ again via Brexit. Harking back to the days when its flags fluttered further afield, Britain wants to break free of the European Union and restore free trade with a globalised world.

But what price is the United Kingdom government prepared to pay to achieve its goal when it comes to Northern Ireland?

The Good Friday Agreement (GFA) brought peace to Northern Ireland in 1998, but twenty years later fall-out from the bloody conflict still leaves Protestants and Catholics living in divided communities throughout the province.

Although members of both communities may work side-by-side in Belfast during the day, at night heavy security gates between some Protestant and Catholic areas are closed and locked. Wire grills sit high atop a towering ’Peace Wall’ separating suburban houses, themselves fortified against night-time rocks or Molotovs.

The GFA was the product of tough, lengthy negotiations. Its hard-won compromises gave hope for a future in which gates and walls would eventually disappear.

After the Good Friday Agreement, abolition of a physical border together with the substantive ending of violence created a general sense of optimism… This is being undermined by the threat of a re-imposition of a hard border after Brexit…

Professor Eileen Connolly, Director of the Ireland India Institute at Dublin City University, encapsulates the effect: ‘After the GFA, the abolition of a physical border together with the substantive ending of violence created a general sense of optimism about the future in both the north and in the south. This optimism is now being undermined by the threat of a re-imposition of a hard border after Brexit…’

Unsurprisingly then, the significance of the border is again becoming divisive. Any return to physical infrastructure marking the border would be anathema to the Northern Irish. The existing seamless rural border, which replaced the former highly-visible security demarcation line, has a deep link to the trade-offs agreed under the GFA.

‘The worry,’ says Professor John Garry of Queen’s University, Belfast, ’is that any kind of physical barrier could become a target for a small number of extremists.’ So, the question now is can the practical, political and security challenges to implementing Brexit be overcome, while at the same time preventing a return to sectarian violence – especially when even limited infrastructure, such as cameras or mobile customs posts, represent tempting targets? 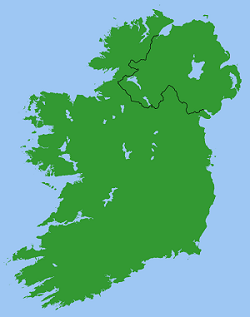 The House of Lords EU Committee looked to the border between Norway and Sweden for inspiration. Although customs checks still exist here, they are minimal and will increasingly be replaced by automated solutions. But these will take up to nine years to begin operating – and that’s with only forty border crossing roads to deal with.

The Scandinavian model, therefore, hardly seems a promising precedent for Northern Ireland, which has some 275 crossing points along the 500km border with the Republic (often meandering through a tangle of twisting country lanes and even private property). But the problem is about more than practicalities. As the Irish government puts it: ‘The border poses complex challenges, including for the standards and regulations that currently make it possible to be invisible. It is also about society and the communities living in the border region. Technology can only go so far and does not address all of the complexities.’

And beyond such sensitivities there are also fears of a return to smuggling and cross-border crime which would be challenging to control. ‘If the efforts of the British and Irish armies could not manage to seal the border during the Troubles, what hope would there be of doing it now?’ Connolly says.

If all else fails, the interim Brexit agreement between the UK and the EU contains a ‘backstop’ solution which is to maintain ‘regulatory alignment’ with EU rules in Northern Ireland.

Fabian Zuleeg is Chief Executive of the European Policy Centre. ‘[I]n the absence of any other solution (which the UK is still free to find and propose) that guarantees an open, frictionless, infrastructure-free border, Northern Ireland will effectively remain in [the] Single Market and Customs Union, implying a customs border in the Irish Sea,’ he says.

The UK government, however, insists it will not have to solve this equation as it will achieve a free trade deal with the EU, making troublesome border issues vanish. But this outcome is far from certain. Upon reflection, this issue serves to demonstrate how well the ‘constructive ambiguity’ of international law, in the form of the GFA, has worked in the past. As Connolly states: ‘Nothing was finalised about the status of Northern Ireland in the GFA. But the result was that the public space in Northern Ireland was now available to nationalists in a way it had not been before the agreement and unionists still kept their identity and strong link to the British state.'

The Good Friday Agreement envisages the possibility of a united Ireland if the majority of the Northern Irish favour such a union, which would be determined by a border poll. Spurred on by a majority vote in Northern Ireland for remaining in the EU, just shy of 56 per cent, the muttering about a vote to unify Ireland has increased in some pubs and churches. Such talk, driven also by fears of the economic consequences of a hard border, threatens to undermine trust between the Northern Irish communities.

The Good Friday Agreement, an international treaty registered at the United Nations, is the bulwark which should protect both Northern Irish communities from the whims of feuding or changing national governments and their fluctuating political agendas. But now we are seeing much more of the these political influences at play in negotiations over the Northern Irish border. So if technology or a free trade deal cannot maintain a seamless, frictionless border between Northern Ireland and the Republic, harder choices will be on the table. As the Irish government reminds us, essential to establishing peace ‘was removing any semblance of a hard border between Ireland and Northern Ireland.’

We must face the uncomfortable fact that, if it threatens the invisibility of this border, Brexit may also threaten Northern Ireland’s still fragile peace, and even reignite disputes about what flags may fly over the province in future.