US Presidency: the ‘age of the downloadable gun’

Cody Wilson is no supporter of the Parkland student movement against guns. On the contrary, his avowed goal is to crush the teenagers’ dreams: ‘All this Parkland stuff, the students, all these dreams of “common-sense gun reforms”? No. The internet will serve guns.’

Wilson founded Defense Distributed, a non-profit company with the mission of posting online the 3D printer blueprints for making homemade plastic guns that can’t be traced or detected.

In early summer, the State Department abruptly settled the case – completely dropping its opposition to Defense Distributed’s plan, announcing that it would narrow export control rules to permit the publication of technical data on gun-making, and generously throwing in $40,000 in attorneys’ fees. Cody Wilson trumpeted the ‘age of the downloadable gun.’ 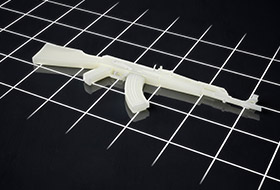 But, at the end of the summer, a scrum of Democratic state attorneys general persuaded a Seattle federal judge to grant a new preliminary injunction on the publishing of 3D gun blueprints. In autumn, in the latest twist, Texas charged Wilson with sexually assaulting a 16-year-old girl he’d met online, and Wilson resigned from the firm he’d founded. Defense Distributed vows to carry on the lawsuit and win on the merits.

Gun reformers like J. Adam Skaggs, chief counsel of the Giffords Law Center to Prevent Gun Violence, blame the gun lobby for the government’s flip flop. ‘The only thing that changed in this case,’ he says, ‘is that the Trump administration took over and decided they had no problem with downloadable guns being available to anyone anywhere in the world.’ Although manufacturers may care little about 3D guns, he says, the arms industry cares intensely about expanding gun exports. ‘The administration's reversal of course is almost certainly a product of gun lobby efforts to make it easier to export guns and guns technology,’ he argues.

Defense Distributed attorney Josh Blackman, of the South Texas College of Law, says that’s nonsense. The gun lobby ‘has never been on our side,’ he says. ‘The reason why the government settled is they were going to lose.’ Courts had only ruled preliminarily against 3D guns, says Blackman, because it was a question of whether online publication would cause ‘irreparable harm’. But if the case proceeded to the merits, that standard wouldn’t apply, and the Justice Department told the State Department they’d lose. 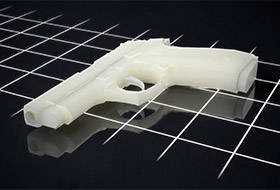 The First Amendment demands that judges strictly scrutinise the constitutionality of rules that constrain speech based on its content, says Blackman. And under the First Amendment case law, publishing gun plans doesn’t fit the narrow exception for ‘imminently inciting unlawful violence.’

Furthermore, he argues, ‘the export control law is not the vehicle to censor the internet.’ That law traditionally applies to confidential rather than public information, he says, whereas ‘all the files that Cody posted were already available on the internet.’ In any event, export control has no relevance to the domestic gun violence that is the main concern of state AGs.

“What this is about is an effort to make guns available to anyone anywhere in the world with a click of a mouse…. without a background check, without any government oversight

Skaggs views the case differently. ‘The idea that Defense Distributed was somehow destined to win when they lost every step of the way doesn’t pass the laugh test,’ he says. ‘Their court papers are dressed up in First Amendment clothing – but [this is] not about speech. It's not about communicating ideas to anyone. It's not about the expressive value of this computer code. What this is about is an effort to make guns available to anyone anywhere in the world with a click of a mouse…. without a background check, without any government oversight.’

As for the export control law, Skaggs argues that ‘the ability to create untraceable firearms poses as much a threat to public safety in the US as it does overseas, [because] the risks of terrorism or assassination are present everywhere’; A downloadable gun ‘poses a threat to the national security interests’ if it’s ‘easily accessible for those intent on’ harming Americans either at home or abroad.

Be that as it may, Defense Distributed continues to disseminate its plans domestically and to sell ‘ghost gunner’ machines for milling metal parts that complete plastic guns.

Meanwhile, President Trump has muddied the waters a little, saying that 3D guns seem not to ‘make much sense,’ and US Attorney General Jeff Sessions has committed to enforcing the ‘Undetectable Firearms Act of 1988.’ Gun reformers are eager for the act to be strengthened, but Skaggs is skeptical of the federal Attorney General’s commitment, and calls it inadequate. ‘The fact that you can be prosecuted for building a plastic gun after you commit an assassination,’ he says, ‘isn't going to stop you from building a plastic gun in the first place.’