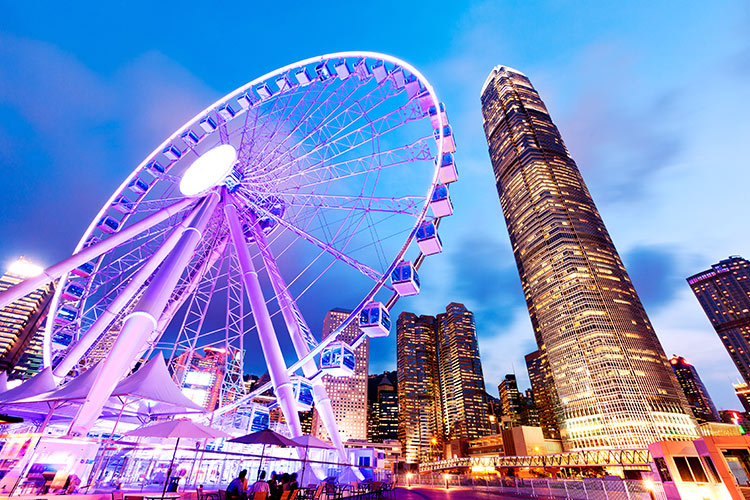 A piece of proposed US legislation – the Holding Foreign Companies Accountable Act – could make it difficult for Chinese companies to continue their listings in the US. Rachael Johnson examines the legislation and the context in which it has been put forward.

The Holding Foreign Companies Accountable Act (the ‘Act’) will ‘require certain issuers of securities to establish that they are not owned or controlled by a foreign government.’ In particular, issuers would be required to outline their ownership status when the Public Company Accounting Oversight Board (PCAOB), a US government entity, has been unable to audit certain reports because the company in question uses a foreign accounting firm that is not subject to inspection by the PCAOB.

The Act has been passed by the US Senate and, at the time of writing, has been received by the US House of Representatives for discussion. There is a good chance the Bill will pass through the House to be signed into law by the US President.

The proposed legislation comes against the backdrop of three high-profile, US-listed Chinese companies – Alibaba, JD.com and NetEase – taking out a secondary listing in Hong Kong and the likelihood of more to come.

Tension has been building between US and Chinese securities regulators over allowing the PCAOB access to reports compiled by Chinese or China-based accounting firms. According to Neil Torpey, a partner in the corporate department at Paul Hastings in both Hong Kong and New York, ‘there’s always been resistance from the Chinese government’s perspective to having those China-based accounting firms […] subjected to oversight by a US government entity.’ Chinese regulators have taken the position, he says, that some of these auditors’ records could in fact be considered State secrets.

Significantly, if the Act becomes law, any US-listed company that does not allow the PCAOB to inspect its accounting company for three consecutive years will be delisted from the relevant US exchange. This will make continuing a US listing extremely challenging for Chinese companies.

With this in mind, a secondary listing in Hong Kong could offer those companies a second option in the event that they are delisted in the US. ‘You could view it as a precautionary,’ says Torpey. ‘Get ahead of the curve and get yourself listed in Hong Kong.’

‘You could view it as a precautionary. Get ahead of the curve and get yourself listed in Hong Kong’

Meanwhile, recent changes to the listing regime in Hong Kong have made it more attractive to new economy Chinese companies. Kevin Zhang, Lead Securities Compliance and Corporate Governance Counsel at Alibaba Group, says, ‘the introduction of Chapter 19C of the listing rules was critical because it allowed us to list in Hong Kong.’

Chapter 19C covers requirements for issuers seeking a secondary listing on the Stock Exchange of Hong Kong (SEHK). It defines a qualifying issuer as one listed on a qualifying exchange: the New York Stock Exchange, the Nasdaq Stock Market or the Main Market of the London Stock Exchange. The new chapter was introduced by SEHK in April 2018 as part of an initiative to attract emerging and innovative companies.

Additional changes were made to the Hong Kong listing rules to attract biotech companies. Innovative or high-growth companies with weighted voting rights structures, or ‘dual-class shares’, were also allowed to list. William Chua, Newsletter Vice Editor of the IBA Corporate and M&A Law Committee and a Hong Kong-based corporate partner at Debevoise & Plimpton, says weighted voting rights structures are attractive to founder-led companies because they ‘allow founders to retain control, even after selling down their controlling interest up to a certain point.’

For Chua, put together these rule changes ‘have reduced the differences in the governance regimes’ of the US and Hong Kong and as such ‘have increased the attractiveness of listing in Hong Kong.’

Chinese companies may view listing in Hong Kong as offering better access to their customer base and to investors who understand and recognise their brand. ‘It made sense to list in a market where investors are familiar with our company and the products and services we offer,’ says Zhang.

An attraction of listing in Hong Kong rather than in mainland China, meanwhile, lies in the openness of the Hong Kong market compared to the Shanghai market and its more international outlook. ‘China has not fully liberalised its capital account,’ says Chua, ‘so cross-border capital flows are still subject to restrictions and controls.’

Hong Kong is also larger than other Asian markets, with a consistently high volume of trades. It benefits from its proximity to China, allowing companies access to investors on the mainland that couldn’t be gained through a listing in other Asian markets.

The secondary listings of new economy companies have helped to diversify the Hong Kong market. Chee Ping Yap is President and Chief Executive of Computershare in Asia, the share registrar that worked with Alibaba, JD.com and NetEase on their secondary listings. He says these high-profile listings, alongside others, ‘created a brand-new segment of Fintech and biotech companies that Hong Kong traditionally has not seen,’ which was beneficial to the market overall.

On a macro level, a Hong Kong secondary listing for US-listed Chinese companies acts as a hedge against rising geopolitical tension. ‘Companies would like to have a way out if things go bad in the US,’ says Yap. ‘Having a secondary listing in Hong Kong will allow many of these companies to continue […] to service their international investors,’ he says.

That said, the US remains an important market for many Chinese companies. ‘I don’t think they will be delisting from the US unless they are forced to,’ says Yap.

As Hong Kong faces an uncertain future, these secondary listings by large, well-known Chinese companies could be seen as a vote of confidence in it as a business centre and a positive indicator of future success. In a letter to investors about its Hong Kong listing, Alibaba’s Chief Executive Officer, Daniel Zhang, says, ‘during this time of ongoing change, we continue to believe that the future of Hong Kong remains bright. We hope we can contribute, in our small way, and participate in the future of Hong Kong.’