Bermuda and Cayman Islands: IBAHRI expresses regret at Privy Council’s decisions upholding discrimination in marriage of LGBTIQ people and calls for rectification by the British government

On 14 March 2022 the United Kingdom’s Judicial Committee of the Privy Council, after reserving its decision for more than a year, handed down two judgments rejecting marriage equality for lesbian, gay, bisexual, transgender, intersex or questioning (LGBTIQ) people in Bermuda and the Cayman Islands. The International Bar Association’s Human Rights Institute (IBAHRI) expresses surprise and disappointment at the decisions. It considers them shocking, discriminatory and contrary to local and international human rights law. They must be rectified without delay. 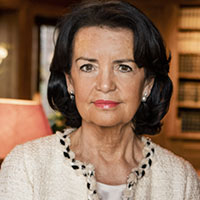 IBAHRI Co-Chair and immediate past Secretary-General of the Swedish Bar Association, Anne Ramberg Jur dr hc, commented: ‘In simple terms, both of the cases decided by the Privy Council came in appeals from British Overseas Territories (BOT). In Attorney-General for Bermuda v Ferguson [2022] UKPC 5 the Chief Justice of Bermuda had upheld the right to marriage by gay men. An appeal from that decision was rejected by the Court of Appeal of Bermuda. That decision was reversed by the Privy Council, with Lord Sales dissenting. In Chantelle Day v Governor Cayman Islands [2022] UKPC 6, the Chief Justice of the Cayman Islands had upheld the right to marriage by lesbian women. The local Court of Appeal reversed holding that the Marriage Act did not confer an equal right to marriage by same-sex couples and that a local Bill of Rights did not override the discrimination in the Marriage Act. So, marriage equality was rejected. The same question was presented to the Privy Council in both cases: whether a BOT, governed ultimately under an Act of the UK Parliament, extended protection to vulnerable minorities against discrimination and segregation.’

Ramberg added: ‘The outcome of the Privy Council judgments perpetuate (and in the case of the Bermuda appeal) revives and re-imposes discrimination. This outcome is extremely disturbing and shocking in 2022. The Privy Council took more than a year to reach its conclusions. Under the UK’s residual powers in both Bermuda and Cayman Islands as BOTs, it should exercise those powers to restore marriage equality in Bermuda and to provide for equality in Cayman Islands. Nothing less would ensure that the UK’s remaining legal obligations are used consistently with international human rights law and the UK’s own treaty obligations to comply with the prohibition of discrimination on grounds of sexual orientation under the European Convention on Human Rights.'

The Privy Council concluded that LGBTIQ people in the two BOTs concerned had no right to be treated equally; that the local constitutions in each case permitted gay people to be segregated and disadvantaged on the grounds of their sexual orientation; and that the asserted religious views of others were to be elevated above the values of equality, human dignity, mutual respect and social harmony of the litigants. While recognising that some courts in the world had held that confining ‘marriage’ to opposite-sex couples, where there was an alternative legal framework of ‘civil partnership’ for same-sex couples, was stigmatising and capable of denigrating gay people; in the Bermuda case, the Privy Council majority conceded that restriction of marriage to opposite-sex couples ‘may create among gay people a sense of exclusion and stigma’. However, the Privy Council majority concluded that overseas decisions were distinguishable because Bermuda had developed ‘differently’. The same concept was expressed more clearly in the case of the Cayman Islands where it was held that being ‘God-fearing’ in the Constitution was a value that took primacy over the equality and human dignity of the homosexual litigants.

The IBAHRI considers that the approach and reasoning of the Bermuda Court of Appeal are to be preferred. So is the dissenting judgment of Lord Sales in the Bermuda case. Lord Sales recognised the speciality of a Bill of Rights provision included in the written constitution. He also paid greater attention to the principle of self-governance of UK dependent territories. This is a concept that extends not simply to acts of government performed by the local legislature and administration. It also included respect for the judicial branch of government, which, in the appeal from Bermuda, had upheld the principle of marriage equality.

Ramberg remarked: ‘The Privy Council’s reliance on a referendum that favoured inequality in the marriage entitlement was not legally binding. This was so because the referendum did not reach the requisite participation of electors. Moreover, fundamental human rights to equality and human dignity must not ordinarily be subordinated to a popular vote of the majority. The elevation of deference to the local legislature and the ease of overriding such fundamentals as human dignity and equality is a left-over from 19th century legal thinking. It is especially inappropriate in 2022 in considering the compliance of a law of a jurisdiction that enshrines fundamental rights of citizens. To elevate in this context the supposed right of religious beliefs of other electors constituted an unacceptable instance of ‘tyranny of the majority’. Lord Sales’s dissenting opinion in the case was more in keeping with contemporary approaches to suggest incompatibility affecting the basic rights of minorities. To revive the discredited ‘separate but equal’ doctrine in 2022 is wrong and unacceptable, as many cases involving racial discrimination clearly show.’

The IBAHRI appreciates that the Privy Council’s decisions, in the cases of Bermuda and the Cayman Islands, constitute the final word of the judicial branch in these two BOT jurisdictions. This is because they are both still subject to Privy Council appeals. However, the IBAHRI points out that it is by no means the end of the matter. The IBAHRI calls on the local legislatures in Bermuda and the Cayman Islands to fulfil their obligations, in accordance with local and international human rights provisions, to repair this ‘blot on the law’ of their countries, left by the failure of the Privy Council to defend and protect the right of LGBTIQ citizens to equality and respect for their human dignity. If the local legislatures fail to act promptly to reverse the effect of the Privy Council’s unfortunate holdings, the British Government, with its residual functions in a BOT, must itself act without delay to overcome the effect of the Privy Council’s decisions. It must do so in order to conform with the UK’s own treaty obligations to comply with the European Convention on Human Rights. It can do so by an Order in Council or UK legislation, provided for marriage equality to be extended to LGBTIQ people living under ultimate British responsibility for their basic rights. 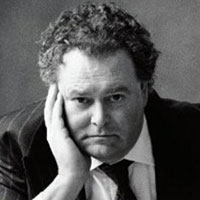 IBAHRI Co-Chair and British Lawyer, Mark Stephens CBE commented: ‘The British Government and the Privy Council have put themselves in the invidious position where the Inter American Court of Human Rights will now have to show them the moral and legal way forward so as not to discriminate against LGBTIQ folk. In the meantime, both the British Government and the Privy Council's blessing of discrimination against LGBTQ folk is morally reprehensible and will damage countless people. The British Government cannot now escape its own separate responsibility for the situation that the Privy Council has held to apply in Bermuda and Cayman Islands. Because the remedies and correction through the judicial process have been exhausted for the LGBTIQ minorities in Bermuda and Cayman Islands, the UK executive and parliament must move, without delay, to correct the serious injustices that the Privy Council’s decisions have imposed.’

Stephens added: ‘These decisions apply not only to the litigants but to significant minorities and people ultimately subject to British law. Marriage equality should be restored for Bermuda and provided for in Cayman Islands. Only this will overcome the Privy Council’s decisions. To ensure that similar outcomes are not introduced by new judicial orders, marriage equality should be provided by UK law to all otherwise qualified persons in the British Virgin Islands, Anguilla, Monserrat and Turks and Caicos Islands. In the last four territories mentioned, there is currently no local legislation in place to protect LGBTIQ people from fundamental breaches of the European Convention on Human Rights. This is a clear responsibility of the British Government which it should promptly fulfil. Doing so, would give effect to the recommendation of the Foreign Affairs Select Committee of the UK Parliament in February 2019. It would also remove the blot left by the Privy Council decisions affecting the fundamental human rights; dignity and equality of sexual minorities. Indeed, the judicial decisions of the Privy Council constitute an anomaly in the Caribbean. The responsible metropolitan powers of France, the Netherlands and the United States, have all moved to secure equal fundamental rights, including equal marriage, to their citizens in their overseas territories. The UK Parliament repeatedly expresses regret for the criminal laws imposed on all its colonial people; criminalising same-sex adult consensual conduct. Recently, the UK Parliament imposed same-sex marriage upon Northern Ireland. Now the opportunity has clearly presented for the British Parliament by legislation, or the executive by an Order in Council, to go beyond mere words and to provide reform in the local law of the BOTs. It should do so as a matter of great importance to restore and achieve equality and dignity for all human beings, including gays, without discrimination.’