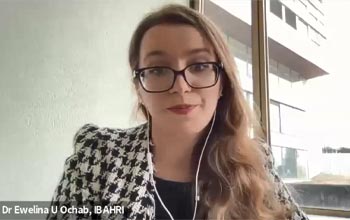 In March 2022, the IBAHRI, the U.S. Mission to the United Nations and the Permanent Mission of the Kingdom of the Netherlands to the United Nations hosted two side events at the UNHRC 49th Session on religious or belief minorities at risk. The first event looked at minorities at risk in Xinjiang, Afghanistan and Nigeria, whilst the second was concerned with UN Special Rapporteur on Freedom of Religion or Belief Ahmed Shaheed’s report on conflict & instability, with a focus on the situation of religious minorities in Iraq and Myanmar. 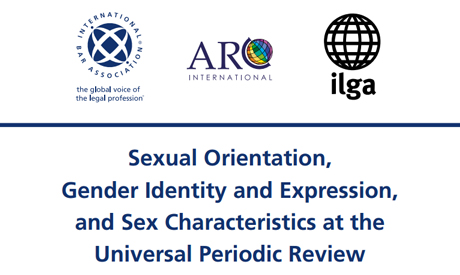 The IBAHRI has published a new thematic report giving focus to the protection of LGBTI rights at an international level. The report gives a revealing overview of the role played by the Universal Periodic Review (UPR) in shaping the protection of LGBTI rights.The UPR is a unique peer-to-peer assessment of all 193 UN states’ human rights performances, designed to promote and protect universal human rights.

More on the report 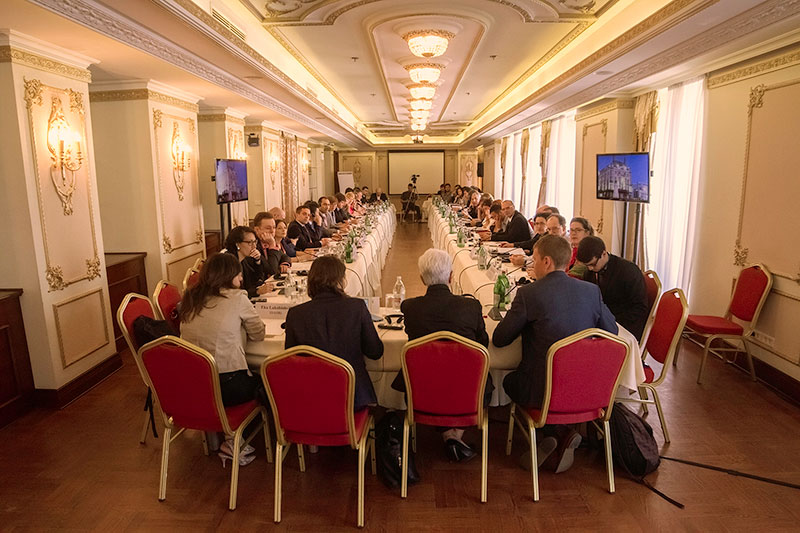 On 11-12 June 2016 the IBAHRI and Human Rights House Network brought together human rights lawyers from across Eastern Europe and Central Asia for a special consultation with Monica Pinto, the UN Special Rapporteur on the Independence of Judges and Lawyers. 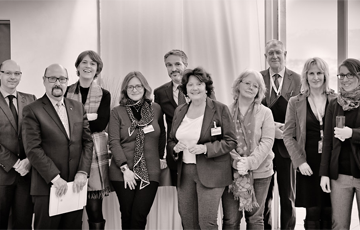 Judges, lawyers, prosecutors and human rights: The role of the Universal Periodic Review in advancing human rights in the administration of justice

In March 2016, the IBAHRI and the Permanent Mission of Austria to the United Nations hosted the launch of the IBAHRI report, 'The role of the Universal Periodic Review in advancing human rights in the administration of justice', at the Palais des Nations in Geneva. The report assesses and analyses references to legal professionals in UPR recommendations. Further information on the event

About the IBAHRI UN Programme

The International Bar Association’s Human Rights Institute (IBAHRI) launched its United Nations (UN) Programme in 2014, with the aim of informing and fostering lawyers’ engagement in UN mechanisms and strengthening the dialogue between states and the legal community on human rights.

With lawyers at the forefront of protecting human rights, the effective implementation of UN standards relating to the independence of the judiciary and legal profession is at the heart of the promotion and protection of human rights around the world. UN human rights mechanisms provide effective and accessible tools to promote international standards, which protect the legal profession’s ability to safeguard the rule of law.

Running programmes in multiple countries around the world, the IBAHRI conducts fact-finding missions, trial observations and supports the establishment of bar associations in order to protect and build the capacities of the legal profession.

In order to leverage its in-country activities, the IBAHRI advocates at UN-level in Geneva for a greater promotion, protection and enforcement of human rights in the administration of justice. The IBAHRI also advocates for the UN standards on the role of judges, lawyers and prosecutors. These standards constitute key benchmarks in the monitoring process of the Sustainable Development Goals (SDG) 16, through which states envision promoting access to justice for all by 2030.

The IBAHRI submits information on the independence of judges and lawyers to different UN mechanisms and encourages joint submissions among national and international organisations of legal professionals.

The IBAHRI is particularly engaged in assisting the mandate of the Special Rapporteur on the Independence of Judges and Lawyers by providing information and facilitating contacts with the legal profession.

On 15 March 2019, the IBAHRI prepared a statement on the occasion of the General Debate on the Universal Periodic Review(UPR), held during the 40th session of the Human Rights Council. The IBAHRI’s statement focused on addressing juvenile justice within the framework of the UPR and highlighted the report, ‘The role of the UPR in advancing children rights in juvenile justice’. It called on states to monitor, during the UPR process, the state obligation to establish a rehabilitative and restorative juvenile justice system, with particular emphasis on access to lawyers for children.

The UN Programme’s research and analysis component aims to inform the work of UN human rights mechanisms and the drafting and implementation of UN recommendations, through the publication of research reports and legal position papers.

Key priority issues identified by the IBAHRI are:

Thematic research reports* assess, for specific human rights issues, the main potential of impact on the ground of UN mechanisms and shed light on the contribution lawyers can bring to produce a greater impact. Among the UN mechanisms, special attention is being given to the Universal Periodic Review (UPR). The UPR process is a unique mechanism through which to address the human rights situation in all countries, and constitutes a key entry point to discuss the efforts by states to advance human rights on the ground, at international and national levels.

For 20 years, the IBAHRI has provided human rights training and technical assistance for legal practitioners and institutions, building their capacity to effectively promote and protect human rights under a just rule of law. The UN Programme’s training and awareness raising component aims to build the capacity of lawyers, judges and bar associations to engage with UN human rights mechanisms and facilitate a dialogue between diplomatic representations and legal professionals through high-level discussions at the UN.

Training: Every year, the IBAHRI organises training activities for delegations of lawyers from countries which are being reviewed through the Universal Periodic Review process. The objective is to assist lawyers in engaging with advocacy activities, and develop their own advocacy strategy. Lawyers trained in Geneva are expected to further foster the engagement of the broader legal community in their country with UN mechanisms.

Awareness-raising: The IBAHRI organises regular, high-level discussions at the UN in order to highlight the role and importance of legal professionals in human rights and their need for ongoing protection. Further, these discussions focus on the recommendations in the annual reports of the Special Rapporteur on the Independence of Judges and Lawyers.