On 2 September 2022, the International Bar Association’s Human Rights Institute (IBAHRI) published a report entitled ‘Crackdown on Human Rights Defenders, Opposition, and the Right to a Fair Trial in Myanmar’. The report sheds light on the deteriorating situation in Myanmar since the coup d’état on 1 February 2021.

With the transfer of all judicial, legislative and executive powers to the military, the report highlights the severe undermining of the principle of separation of powers and the rule of law in Myanmar. It also examines the crackdown on human rights defenders and the opposition, the increase in arbitrary detentions, the conditions in which prisoners have been detained, the lack of access to legal counsel and the manner in which trials have been conducted. The analysis reveals that many individuals have been, and are currently being, denied their right to a fair trial. Some of the challenges to the right to a fair trial were previously present however the coup d’état has exacerbated these.

Furthermore, people in Myanmar face significant risk to life if viewed as a threat by the military, which earlier this year carried out the first executions in Myanmar in more than 30 years; four men were tried, convicted and sentenced to death by closed-door military tribunals. Their deaths were reported by Myanmar state media on 25 July 2022. It is highly likely that further executions will follow under the pretext of enforcing ‘legal judgments’.

Baroness Helena Kennedy QC, Director of the IBAHRI, commented that: ‘What we see in Myanmar is a crackdown on human rights of everyone daring to oppose the military. This military stands accused of committing genocide against the Rohingya only a few years ago. Now that they have taken over full control of Myanmar, everyone who holds human rights and the rule of law dear is at risk. The international community must step up to put an end to these violations and restore the rule of law in the country.’ 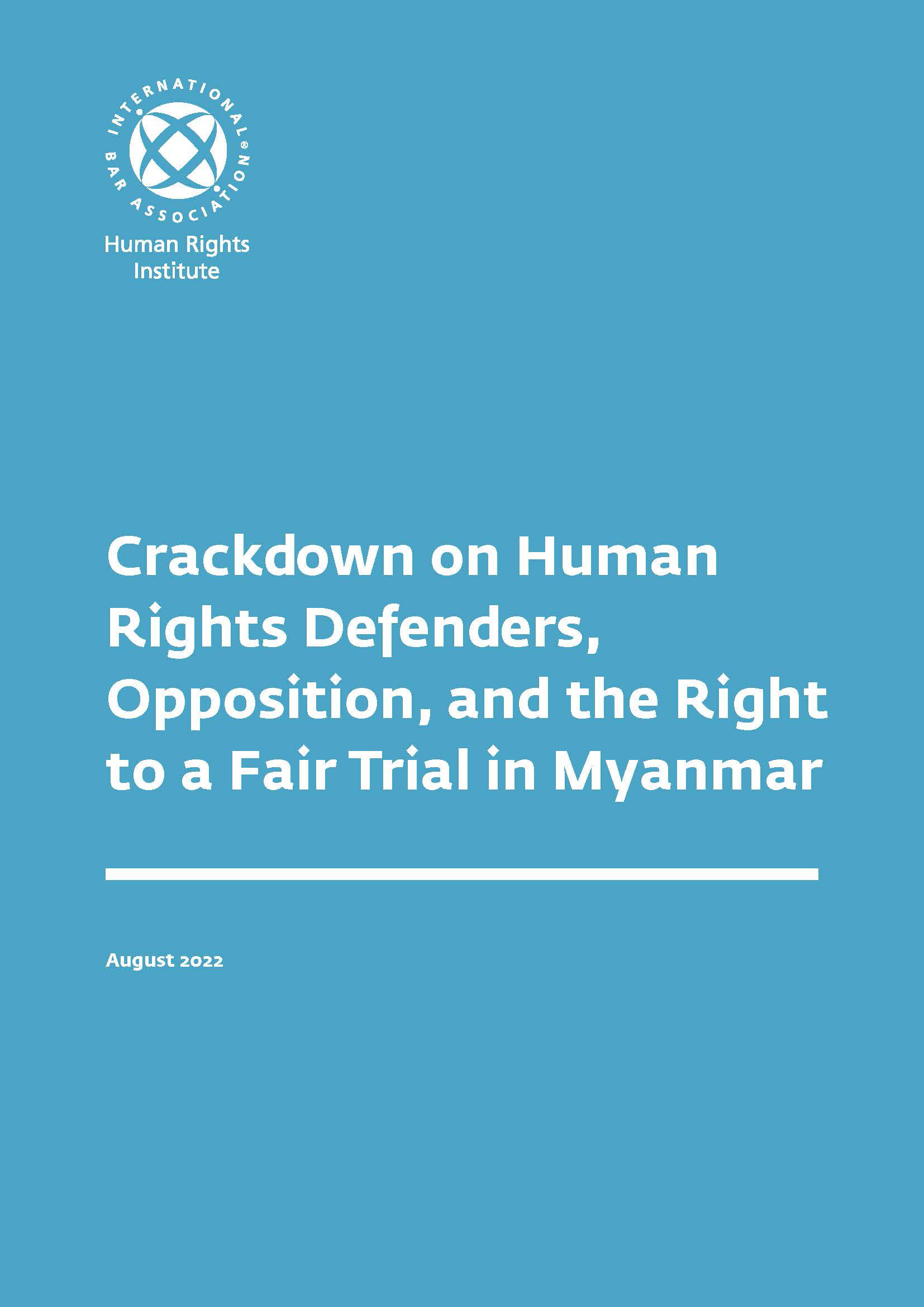 Dr Mark Ellis, Executive Director of the IBA, noted that: ‘The military takeover targeted opposing politicians, human rights defenders, lawyers, journalists and many others. As they continue to be arrested and detained, they are denied the fundamental right to a fair trial and face a Kafkaesque process. We have seen this in the case of State Counsellor Daw Aung San Suu Kyi and other political leaders, and most distressing we have seen this in cases of thousands of other victims, whose voices will never be heard. All of them must be granted the right to a fair trial, in accordance with international standards. However, as long as the military clings to power, the right to a fair trial in Myanmar will continue to be denied and a charade of justice presented to the world.’

As the report was being published, British media reported that the United Kingdom's former ambassador to Myanmar Vicky Bowman, and her husband Htein Lin have each been sentenced to one year in prison by the country's military authorities. The case comes after the UK Government announced sanctions against the military authorities in Myanmar. Media reports also announced that Myanmar’s deposed leader Aung San Suu Kyi was handed a three-year jail sentence for election fraud. This adds to the 17-year prison term she had already been given for other offences.