IFRS 15 and its legal implications for Nigerian construction companies 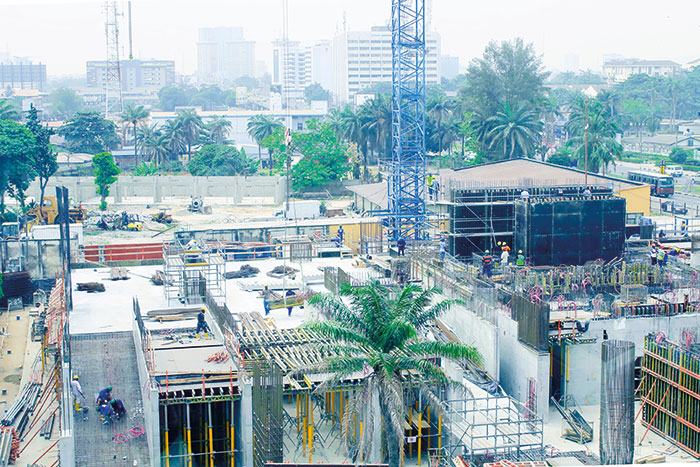 In Nigeria, every business entity has the legal responsibility to prepare a statement of accounts or financial statements at the end of its financial year under sections 370 and 375 of the Companies and Allied Matters Act (Cap 20) Laws of the Federation of Nigeria (LFN) 2004 (CAMA). Section 335(2) of CAMA also states: ‘The balance sheet shall give a true and fair view of the state of affairs of the company as at the end of the year; and the profit and loss account shall give a true and fair view of the profit or loss of the company for the year.’ Any company that does not comply runs the risk of being delisted as a company by the Corporate Affairs Commission (CAC) under section 525 of CAMA among other risks such as payment of penalty (CAMA, s 378) and being rendered dormant (CAMA, s 7(1)(e)).

History of the adoption of IFRS in Nigeria

Before 2012, the Nigerian Accounting Standards Board (NASB) produced and regulated the Statement of Accounting Standards, which lay out the standards for the preparation of companies’ financial statements. The NASB was established in 1982 as a private sector initiative and it became a government agency in 1992, reporting to the Federal Ministry of Commerce.

The NASB was given a legal backing by its inclusion in section 335(1) of the Companies and Allied Matters Act 1990, which mandated all companies to prepare financial statements that complies with the Statement of Accounting Standards (SAS) as developed and issued by NASB from time to time. In 2003, the NASB was given the full autonomy as a legal entity with the enactment of the Nigerian Accounting Standards Board Act of 2003 (the ‘NASB Act’) on 10 July 2003. The NASB Act provided the legal framework under which NASB set accounting standards. The primary functions as defined in the NASB Act were to develop, publish and update Statements of Accounting Standards to be followed by companies when they prepare their financial statement and to promote and enforce compliance with the standards.

Based on the premise of NASB to promote general acceptable published financial reports and high-quality accounting standards that are consistent with international practices, it inaugurated a Stakeholders’ Committee on the Roadmap to the Adoption of the International Financial Reporting Standards (IFRS) in Nigeria on 22 October 2009. In July 2010, the Nigerian Federal Executive Council approved the Roadmap to the Adoption of IFRS in Nigeria where it iterated in its report that it would be in the interest of the Nigerian economy for reporting entities in Nigeria to adopt globally accepted, high-quality accounting standards by fully converging the Nigerian National Accounting Standards with the IFRS by following a phased transition effective from 1 January 2012.

Mr Olusegun Aganga, then the Minister of Trade and Investment under the Obasanjo administration, in explaining the benefits for the adoption of the IFRS financial reporting system in Nigeria, stated that:

‘More meaningful and decision enhancing information can now be arrived at from financial statements issued in Nigeria because accounting, actuarial, valuation and auditing standards, used in the preparation of these statements, shall be issued and regulated by this Financial Reporting Council. The FRC is a unified independent regulatory body for accounting, auditing, actuarial, valuation and corporate governance. As such, compliance monitoring in these areas will hence be addressed from the platform of professionalism and legislation.’

Jim Obazee, Executive Secretary and Chief Executive Officer of the Financial Reporting Council, speaking at a forum put together by the Capital Market Correspondent Association of Nigeria (CAMCAN) in agreement with the Aganga, stated that:

Definition, scope and objective of IFRS 15 – revenue from customers

According to the IFRS Foundation and the International Accounting Standards Board, the project objective for setting up IFRS 15 is because:

IFRS 15 specifies how and when a company will recognise revenue in its financial statements, as well as requiring such entities to provide users of financial statements with more informative and relevant disclosures. The standard provides a single, principles-based, five-step model to be applied to all contracts with customers. IFRS 15 was issued in May 2014 and applies to an annual reporting period beginning on or after 1 January 2018.

IFRS 15 has five steps before revenue is to be recognised in the books of a company and these are listed below.

Identify the contract with the customer

A contract with a customer falls within the scope of IFRS 15 when there is first the existence of a contract whether written, verbal or implied. The contract must have commercial substance and the payment terms for the goods and services must be identified. It must also be probable that the entity will collect the consideration to which it is entitled and each party’s right regarding the goods and services to be transferred must be identifiable.

Lastly, the parties must have approved the contract and be committed to carrying it out. It is not a contract if any party can walk away from it without any consequences or without the other party requiring such party to be penalised. From the legal perspective, the Court of Appeal has given the criteria within which it can be held that a contract is in existence.

‘an agreement between two or more parties creating obligations that are enforceable or otherwise recognizable at law. According to Black’s Law Dictionary 8th Edition, a contract is defined as a promise or a set of promises, for breach of which the law gives a remedy, or the performance of which the law in some way recognizes as a duty’1 [emphasis added].

For a contract to be valid in law, it must have some essential elements. In the case of Alfa System Co Ltd and Ors v Orisajimi and Ors (2016) Lpelr-40295 (CA), the Court held that:

It is not enough to have a valid contract. Parties must ensure that they fulfil their obligations for they cannot enter such agreements and then after reaping the benefit raise the defence that the contract was not valid. Indeed, the same Court in the case of Amadi v Obiajunwa (2016) Lpelr-40461 (CA) stated that once the validity of a contract is proved a party cannot claim that it was not valid especially where such party induced the other into the contract.

Specifically, the Court of Appeal stated that:

‘The Supreme Court and indeed this Court had held that: A party who induced another party to enter into a contract cannot subsequently deny the validity of that contract. See Okechukwu v Onuorah (2000) 12 SC (pt. 11) 104 at 109; and to re-echo the illuminating dictum of my Learned brother in the recent case of Chachangi Airlines (Nig) Ltd v AP Plc (2015) 4 NWLR (pt.1449) 256 at 274-275 paras D-A, no person after reaping the benefit from a transaction of which he is a party shall be heard to say that such transaction is void or illegal or voidable, when it comes to fulfilling his obligation under the transaction so far as the rival party has done all that he pledged to do under it.’3

A contract in practical terms is a promise to provide goods and/or services to a customer. Due to the fact that these undertakings are for a future event, the promises or undertakings are regarded under IFRS 15 as ‘performance obligations’. An entity would account for a performance obligation separately only if the promised good or service is distinct. A good or service is distinct if it is sold separately or if it could be sold separately because it has a distinct function and distinct profit margin.

The transaction price is the amount of consideration an entity expects to be entitled to in exchange for transferring goods or services. The transaction price would reflect the company’s probability-weighted estimate of variable consideration – including reasonableness estimates of contingent amount – in addition to the effects of the customer’s credit risk and the time value for money, if material.

Allocate the transaction price to the performance obligations

Recognise revenue when (or as) a performance obligation is satisfied

Such obligation in accounting must be subsisting. Under Nigerian law, however, where there is a variation, the obligation can be said to be nullified. In the case of Ashaka Cement Plc v Asharatul Mubashshurun Investment Ltd (2016) LPELR-40196 (CA), the Court of Appeal in defining a variation and its effect stated:

‘Variation of contract involves a definite alteration of contractual obligations by the mutual agreement of both parties. Variation is analogous to the entry by the parties into a new contract. The requirements of offer, acceptance and consideration are thus imposed… For a variation to be effective, there must be a valid and subsisting contract… between the parties; there must be some form of consensus between the parties as to the obligations which are to be altered; and it must be supported by consideration – Oriloye v Lagos State Government (2014) LPELR-CA/L/839 /2007, Unity Bank Plc v Olatunji (2014) LPELR-CA/K/300/2012.’

When the outcome of the contract cannot be estimated reliably, revenue was recognised only to the extent of costs incurred that it is probable will be recovered; contract costs were recognised as an expense as incurred. When it is probable that total contract costs will exceed total contract revenue, the expected loss was recognised as an expense immediately. However, under IFRS 15, such cannot be fully expensed if the performance obligation is defined. The remaining will be held as contract liability that will be recognised as non-current liability in the company’s statement of financial position where the obligation is more than one year and in current liability where the performance obligation is within the next financial year.

What should construction companies in Nigeria do to prepare for the application of this standard from a legal perspective?

In the author’s opinion, there are certain steps that a company that is involved in construction and real estate development should do to prepare for this new standard of accounting for revenue from customers:

• do a legal audit of its construction contracts for an analysis of the type of expenditure to categorise such contracts;

• do a legal audit of their present performance obligations to avoid possible litigation;

• do a legal audit of already existing litigation as some of the defence options available to construction companies with this new standard will no longer be applicable;

• engage in negotiation, mediation or arbitration to timeously deal with the pending and impending disputes with clients/customers. Court litigation should be a last resort;

• liquidate companies whose debt profile on construction contracts in terms of performance obligations will not enable it to continue to be a going concern;

• seek professional advice to ensure future construction truncations and performance are compliant with the IFRS 15 reporting standard and ensure performance for continued revenue recognition in their financial statements; and

• get professional assistance to put in place the internal processes that will ensure the gathering of proper information both for the figures in the financial statement and the disclosures for the preparation of the company’s financial statements.