Bringing the Paris Agreement to life

Three years ago, the world was celebrating the completion of the Paris Agreement, the first international climate change framework agreed at the United Nations level since the Kyoto Protocol in 1997. Covering the period after 2020, the historic deal aims to keep the increase in global average temperature to well below 2°C above pre-industrial levels, and to limit the increase to 1.5°C.

Parties that signed up to the Agreement expected to have five years to finalise the rules for implementation, before it came into force. However, in a flurry of activity in 2016, a number of governments kept the momentum going and ratified it. The deal entered into force that November.

While great news for the environment, this unexpected turn of events set the clock ticking for government negotiators to finalise the rules for the Agreement sooner than anticipated. The latest UN Conference of the Parties (COP24) climate talks, held at the start of December in Katowice, Poland, marked the deadline for getting the rulebook into shape.

‘All the timing that was embedded in Paris [said] it was a five-year process,’ says Rick Saines, Head of Baker McKenzie’s North America Climate Change and Environmental Markets Practice, who was an adviser to Fiji’s government for its presidency of COP23. ‘The parties made the decision to be very aggressive.’ 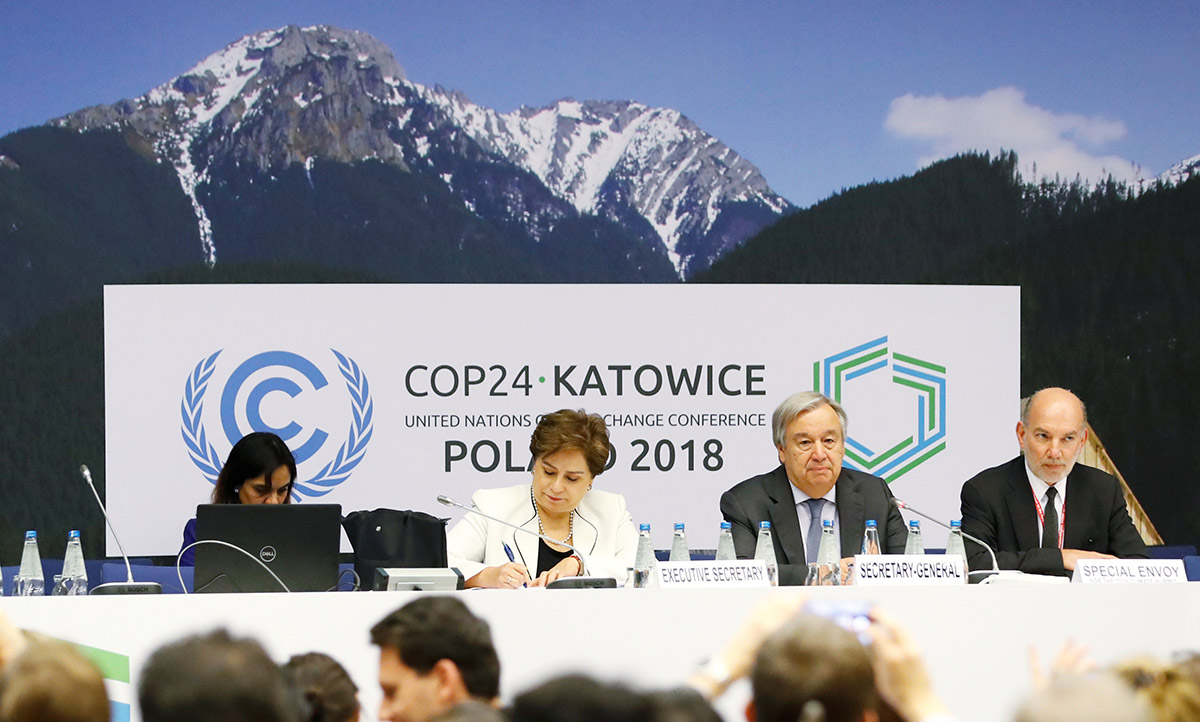 ‘By and large, parties did it – but there’s still a lot to be done,’ says Saines. Notably, government representatives at the COP ended up delaying a decision on Article 6 of the Agreement – relating to cooperative approaches, an international market mechanism and non-market approaches – until next year, following a series of tense negotiations.

‘The Paris Agreement has constructive ambiguity, which means it’s fuzzy, and it was fuzzy [in order] to allow countries to sign up to it,’ New Zealand’s Climate Change Minister, James Shaw, told journalists after the talks wrapped up. ‘In preparing the rulebook, we’re taking away some of that fuzziness.’

Shaw, who led the Article 6 negotiations during the COP, said removing this ambiguity led to some pushback by nations who felt it wasn’t what they had signed up for.

‘Everyone got caught up in the fact that markets weren’t in the text. But that’s less important than the progress made on Article 13, the transparency breakthrough,’ says John Carnegie, Executive Director of Energy & Infrastructure at advocacy body BusinessNZ. ‘It’s pretty damn important – it’s the platform on which they’ll build ambition.’

Erwin Jackson, Policy Director at the Investor Group on Climate Change, agrees. ‘The transparency framework is one of the central pillars of the Paris Agreement,’ he says. It governs what countries will report on their national contributions to the climate change fight, how they will communicate the information, and how and what to report on climate change adaptation. Developed countries will also report on assistance given to poorer nations, including financial support, technology transfer and capacity building.

The location of the talks – on a site above an old coal mine in a city dubbed Europe’s ‘capital of coal’ – was ‘quite a poignant place to be,’ says Wendy Miles, a partner at Debevoise & Plimpton in London and Chair of the IBA Arbitration Committee’s Working Group on Climate Change. It helped highlight the battle between the need to ensure energy security, but also the need to move to a low-carbon future. ‘The air was thick with coal dust and smog,’ she says.

The package agreed at the COP talks in Poland consists of guidelines to implement the Paris Agreement. These include:

October’s special report by the Intergovernmental Panel on Climate Change (IPCC), which warned of the grave consequences of allowing global warming to reach 1.5°C above pre-industrial levels, also set the tone for the talks. There was drama when governments at the COP failed to formally acknowledge the report, following objections from Kuwait, Russia, Saudi Arabia and the United States, although many states said they would strive to meet the IPCC’s advice.

Although the Paris Agreement aims to limit the global average temperature increase to well below 2°C, ‘the IPCC report clearly says to me that 2°C is not an option and 1.5°C is still catastrophic but manageable,’ says Miles.

‘The IPCC report is clear that we’re not doing enough, that we need to increase efforts,’ adds Shaw.

‘One of the most important elements going in to the talks was the IPCC report, and also how to enhance ambition,’ agrees Saines. ‘In 2019, the trick is going to be getting a chorus of countries to reflect on that and enhance their [national contributions],’ which he predicts could be catalysed by a summit in September organised by UN Secretary-General António Guterres.

Saines adds: ‘Paris set up that countries are not limited in their implementation and in their ambition by what other countries want to do.’

Carnegie at BusinessNZ agrees, arguing that the failure to finalise the Article 6 rules does not stop governments from forming so-called ‘carbon clubs’ to collaborate bilaterally or even multilaterally on market mechanisms, nor from introducing non-market approaches such as regulations. ‘There is sufficient [detail] in Article 6 for governments to get on without the rulebook. But markets are a vital component to deliver on ambition, and we’re going to need a vibrant offset mechanism to get the finance flows.’

‘I’m really quite disappointed on where we ended up on Article 6, given where we started from,’ says Lisa DeMarco, a veteran of the climate talks and partner at DeMarco Allan in Toronto. ‘There’s not enough here to mobilise private capital.’

‘The only way to get transition is through corporates, with corporates and through corporate buy-in,’ says Miles, who sees Article 6 as a way for the private sector to engage with the Paris Agreement. For this transition, she says, it’s crucial that there are laws in place and that these laws are reflected in contracts, as well as public policy.

In a similar vein, DeMarco says: ‘We will see more bespoke contracting, if there’s any bilateral transactions going on, as well as explanatory notes, from a public international law perspective.’

The Paris Agreement has constructive ambiguity… to allow countries to sign up. In preparing the rulebook, we’re taking away some of that fuzziness

Looking ahead to the next COP, to be held in Chile either in late 2019 or early 2020, DeMarco says to watch out for the development of the compliance committee’s rules of procedure, and some measures for expert review.

‘I’m not seeing as much governance direction,’ she says of the current guidelines for the Paris Agreement. ‘We had expected a lot of that to come from the rulebook for Article 6. Governance structures around the market mechanisms are very important.’

This lack of clarity on governance is temporary, says Saines. ‘It’s set up for this to be a really useful and valuable outcome, but it’s not quite there yet. We’re moving forward. The process is never easy, it’s never straightforward.’

Katie Kouchakji is a freelance journalist and can be contacted at katie@kkecomms.com