In an open letter to His Excellency Ayatollah Ali Hosseini Khamenei, Supreme Leader of the Islamic Republic of Iran, the International Bar Association’s Human Rights Institute (IBAHRI) expresses deep concern over a proposed amendment to Iran’s Code of Criminal Procedure that will allow judicial authorities to deny some detainees access to counsel for a period of 20 days. ‘National security,’ ‘terrorism’ and ‘financial crimes’ are included as types of offences to which the proposed amendment will relate while charges are being investigated. 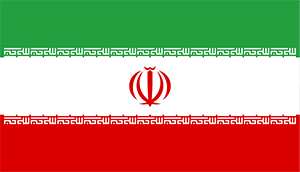 Commenting on the planned amendment, IBAHRI Co-Chair, The Hon Michael Kirby AC CMG, commented: ‘The proposed legislation would severely undermine the right to counsel, without which there can be no meaningful right to a fair trial. The passage of the amendment would mark a serious deviation from Iran’s obligations under international law and under its own Constitution. The absence of counsel during interrogations is particularly alarming, as it will likely make detainees more vulnerable to other rights violations, including compelled confessions and torture.’

Furthermore, the intended amendment will allow authorities to extend the 20-day ban virtually indefinitely by issuing an order ‘prohibiting the presence of a lawyer’. The amendment would therefore erode not only the right to counsel, but also the right to have adequate time and resources to prepare one’s defence and the right to communicate with counsel.

Anne Ramberg Dr jur hc, IBAHRI Co-Chair, commented: ‘It appears that Iranian lawmakers are setting the stage to deny access to counsel outright. At present, a defendant’s right to choose their legal representation is limited to a list of lawyers approved by the head of the judiciary. The proposed amendment threatens to weaken even further the right to counsel. It is another troubling development with broader implications for fair trial rights, including the right to presumption of innocence and, more generally, the erosion of the rule of law in Iran. Lawmakers should focus on remedying an already deficient provision and upholding defendants’ rights to access and to choose their own counsel.’

In the open letter, the IBAHRI reminds the Iranian authorities of their obligations under Article 14 of the International Covenant on Civil and Political Rights (ICCPR) to ensure that individuals facing charges have prompt access to legal counsel of their choosing and that individuals are informed of this right. Furthermore, Article 35 of the Iranian Constitution provides that ‘[i]n all courts of law, the opposing parties to a dispute have the right to choose an attorney for themselves. If they cannot afford to hire an attorney, they should be provided with the means to do so.’

The IBAHRI concludes the letter by urging the Supreme Leader to ensure that lawmakers respect and meet Iran’s obligations, both under the ICCPR and under the Iranian Constitution, to uphold the rights to counsel and to a fair trial.