Enforceability of the AIA C195 indemnity provision under English law 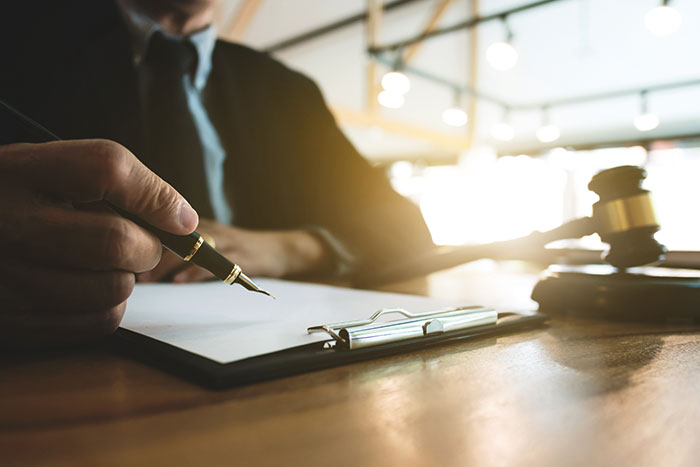 The C195 document was introduced by the American Institute of Architects in 2008 as an international integrated project delivery contract form. The document requires its members to create a limited liability company for the purpose of project delivery. Sub-clause 12.3.1 imposes a broad indemnification obligation on the company which requires it to indemnify its members for any loss, damage and claim under certain conditions. Being guided by the Canada Steamship rule, English courts reject the enforceability of indemnification for an indemnitee’s own negligence in the absence of an express or equivalent word. This article investigates the enforceability of the C195 indemnity provision to negligence of an indemnitee under English law.

Indemnity clauses require that one party (the indemnitor) indemnify the other party (the indemnitee) against any losses the indemnitee may suffer on the construction project. The main purpose of the clauses is to shift the burden of liability onto the party whose ultimate malfeasance results in damage to another party. For instance, a contractor promises to indemnify the owner against claims brought by third parties for damage caused by its own deficient construction as the ultimate responsibility also rests on the contractor.1

The common logic behind indemnification clauses is that the risk should be shifted to the party that is in the best position to deal with and has the most control over it.2 For this reason indemnification clauses are also commonly used in commercial contracts as a risk allocation method.3 However, improper use of the clauses can result in unwanted situations and leave the party to whom the risk is shifted liable for the risk in circumstances outside its control.4 Indemnifying an indemnitee for its own negligence is of this kind. Such an indemnification obligation is considered to be improbable to be accepted by the indemnitor, as Justice Steel in Colour Quest Ltd v Total Downstream UK Plc5 said: ‘There is in any event an inherent improbability that a party would agree to indemnify another for negligent conduct for which the latter was responsible’.

The contract form AIA C195, however, employs a broad form of indemnity clause. Sub-clause 12.3.1 in requiring the company to indemnify its members says:

The broad language of the provision as it requires the company to indemnify ‘any loss, damage or claim’ can impose an indemnification obligation on the company for a negligent act or omission of its members. Because of the improbability of the intention for such the result,6 English courts generally require express words or equivalent words for negligence in indemnity clauses in order to ensure the meeting of minds. In this regard, the Court of Appeal in Walters v Whessoe7 said: ‘It is well established that indemnity will not lie in respect of loss due to a person’s negligence or that of his servants unless adequate or clear words are used or unless the indemnity could have no reasonable meaning or application unless so applied.’

Having said that, since the result of indemnifying an indemnitee for its own negligence, in general, is not favoured among English courts, the enforceability of the C195 indemnity provision is controversial.

There is no anti-indemnity statute in English law governing contracts between businesses. Section 4 of the Unfair Contract Terms Act 1977 was applicable to indemnifications in consumer contracts; however, it was recently revoked by the enactment of the Consumer Rights Act 2015.8 The House of Lords, with regard to commercial indemnity provisions, also held that ‘there is no substantive rule of law which empowers the court to strike down an indemnity clause merely because it is unreasonable or because the consequences of the breach are serious’.9 Therefore, as the validity of the indemnity provisions is not barred by any statute, contracting parties can agree on indemnifications as a means of risk allocation by exercising their freedom of contract right. Nevertheless, the enforceability of such agreements will ultimately be a question of construction of the relevant clauses.10

Encountering vague and ambiguous wording of contract terms, courts apply the longstanding rule of construction of contracts known as contra proferentem. The rule requires the courts to interpret the words and clauses against the party that is seeking relief by relying on them and shifts the burden of proof to that party.11

Applying the rule to indemnity provisions to the effect of an indemnitee’s own negligence where the word ‘negligence’ is not expressed, English courts are guided by the Canada Steamship rule.12 The rule provides three tests on the interpretation of the indemnity provisions. First, if the language expressly exempts the indemnitee from the consequences its own negligence, effect must be given to that provision. Second, if there is no express reference to negligence, the court must consider whether the words used are wide enough, in their ordinary meaning, to cover negligence on the part of the servant of the indemnified person. Contra proferentem will apply. Third, if the words used are wide enough to cover negligence, the court must then consider whether the head of damage may be based on some other ground than that of negligence.13

The Canada Steamship rule is not a rule of law in the United Kingdom, though it has a long history in English law. In fact, the rule is generally applicable in English courts; however, the courts deviate from the rule in certain situations. For example, recently in Greenwich Millennium Village Limited v Essex Services Group PLC (& ors),14 which was an appeal against the decision of the trial court which enforced the broad language of an indemnity provision contained in the sub-sub-sub-contract between the Health and Safety Executive (HSE) and Robson to the indemnitee’s own negligence as to failure to detect the defect and consequently failure to provide notice in due time, the appellate court said that the Canada Steamship rule:

‘is of general application. Nevertheless, it is based upon the presumed intention of the parties. In applying that rule the court must have regard to the commercial context of the contract under consideration. In the case of a construction contract a failure by the indemnitee to spot defects perpetrated by its contractor or sub-contractor should not ordinarily defeat the operation of an indemnity clause, even if that clause fails expressly to encompass damage caused by the negligence of the indemnitee.’15

The case law suggests that the Canada steamship rule is no longer strictly applied in English law. Although the rule has long been applied by English courts, as noted by some courts,16 like all rules of construction, it functions to guide the courts to achieve the intention of the parties. Thus, it should not be applied strictly to create a result which is not intended by the parties. The House of Lords in Investors Compensation Scheme Ltd v West Bromwich Building Society17 stated that as a matter of construction, courts have to find out the intention of the parties in each case with regard to the purpose of the provisions and their words.

The broad language of the C195 indemnity provision creates an understanding that it covers the indemnitee’s own negligence. Being contrary to the traditional fault-liability pattern of commercial contracts, courts, in general, would be reluctant to enforce such provisions to the negligence of an indemnitee in the absence of clear words.18 Therefore, because of the courts’ unwillingness in holding the company (indemnitor) liable for an indemnitee’s own negligence by way of the mere broad language of the indemnity provision, proving the effect of the provision to negligence demands interpretation.

In interpretation of a contract term the priority is with the plain meaning of its language and in case of ambiguity, courts have to consider its purpose. The House of Lords in Investors Compensation Scheme Ltd v West Bromwich Building Society19 stated that if a clear meaning of a clause cannot be extracted from its wording, the courts are required to interpret the clause based on its aim or purpose.

The plain language of the C195 indemnity provision suggests that the indemnification for negligence is intended as the provision limits the indemnification expressly to the good faith conduct and excludes indemnification for the wilful misconduct of an indemnitee. Parties to such contracts are sophisticated and the drafter is assumed to intend the clear meaning of its employed words and the other parties are aware of such a meaning. Silence about the negligence indicates that the drafter did not intend to exclude liability from its coverage. In addition, the drafter did not express the indemnitee’s own negligence as it expectedly did not want to create an impression of careless performance among the project participants by expressly entitling them to indemnification in case of their own negligence.

This argument can be in line with a reasonable meaning of the provision which is to be achieved based on the understanding of a reasonable person. As such, the interpretation is a rule of contract interpretation in common law.21 Therefore, as indemnification for an indemnitee’s own negligence encourages careless behaviour from the indemnitee, a reasonable person will not intend to expose the contract performance to such careless behaviour of the other party who is relieved of liability for their negligence. By analogy to the C195 indemnity provision, the argument still exists as all the participants are entitled to be indemnified by the company. Since the company is a legal entity established and managed by the participants, exposing it to such a great risk of liability means exposing all the participants to the same dangerous situation. Reasonable members will not intend to encourage careless performance of other members by indemnifying them for their negligent act or omission and endanger the project progress.

On the other hand, as the English Supreme Court recently emphasised in Wood v Capita Insurance Services Ltd,22 contract interpretation is to be consistent with business common sense. The courts should interpret broad indemnity provisions in the light of their commercial context and therefore with regard to their purpose and aim. Since the aim of Integrated Project Delivery  is to deliver fast and high-quality work through creation of a highly collaborative environment among the participants during the project,23 the C195 indemnification provision is designed to remove the fear of liability arising either from negligence or contractual breaches which bar the project participants from cooperation.24 The effect of the indemnity provision is in fact the sharing of liability among the members as sub-clause 12.3.1 limits the indemnification obligation of the company to its assets which are contributed to by its members (sub-clause 4.2). In other words, the purpose of the indemnity provision is to reduce the burden of liability for negligence which the indemnitee has committed during project performance so as to remove the fear of openly sharing information which is important for the overall success of the project. As a result, as the commercial purpose of the C195 indemnity provision demands indemnification for an indemnitee’s own negligence, it indicates that the parties to the C195 contracts do not intend that one party alone bears the liability for damage or loss defined in the provision even if it occurred from its own negligence.