The 2020 International Bar Association (IBA) Award for Outstanding Contribution to Human Rights has been bestowed upon Neri Javier Colmenares, a renowned human rights lawyer and activist in the Philippines. He receives the accolade in respect of his extensive contribution to human rights, and his continuing determination and advocacy, in the face of great adversity. 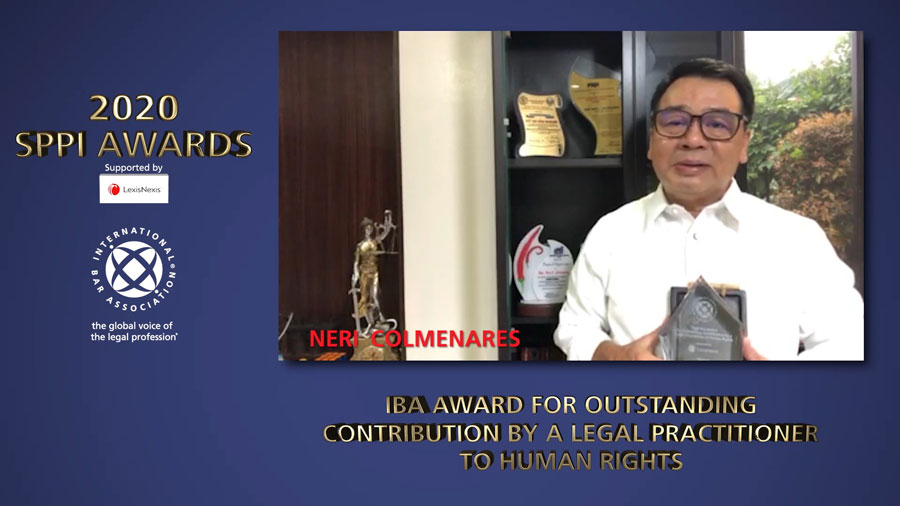 On notification of becoming the 2020 IBA awardee, Mr Colmenares commented: ‘I thank the International Bar Association, the IBA Human Rights Institute and the Human Rights Law Committee for this award, which is not only an honour but also an inspiration to human rights lawyers like me to continue our work with the people despite the threats and difficulties. Awards from established international institutions like the IBA also serves as a mantle of protection to threatened lawyers worldwide and I thank the IBA for this recognition and your continuing advocacy to promote and protect human rights.’

IBA President Horacio Bernardes Neto said, ‘This award is bestowed upon those who use their professional and legal skills to help others. This is true of no one more than Neri Javier Colmenares. Seeking justice for victims of human rights violations as well as helping lead the campaign for the protection of lawyers and other human rights defenders, his courage, tenacity, fortitude and intellect have brought about the sort of positive change that will benefit generations to come.’

Sponsored by LexisNexis, the Award is conferred annually to a legal practitioner who has made an outstanding contribution to the promotion, protection and advancement of the human rights of any group of people, particularly with respect to their right to live in a fair and just society under the rule of law. The presentation was made on Monday 9 November 2020 during the online Section on Public and Professional Interest Awards ceremony that took place between 13:30 – 14:00 GMT, as part of the IBA 2020 - Virtually Together Conference.

Mr Colmenares’ human rights advocacy began when he became the Regional Chairman of the Student Catholic Action of the Philippines during martial law in the 1970s, when he was a young student. Due to his campaigning for the return of student councils, as well as on other human rights issues, the Philippines then president, Ferdinand Marcos, ordered his arrest, following which, Mr Colmenares was tortured and imprisoned for four years. At the age of 18 he was one of the youngest political prisoners. Upon his release from prison he maintained his human rights advocacy. 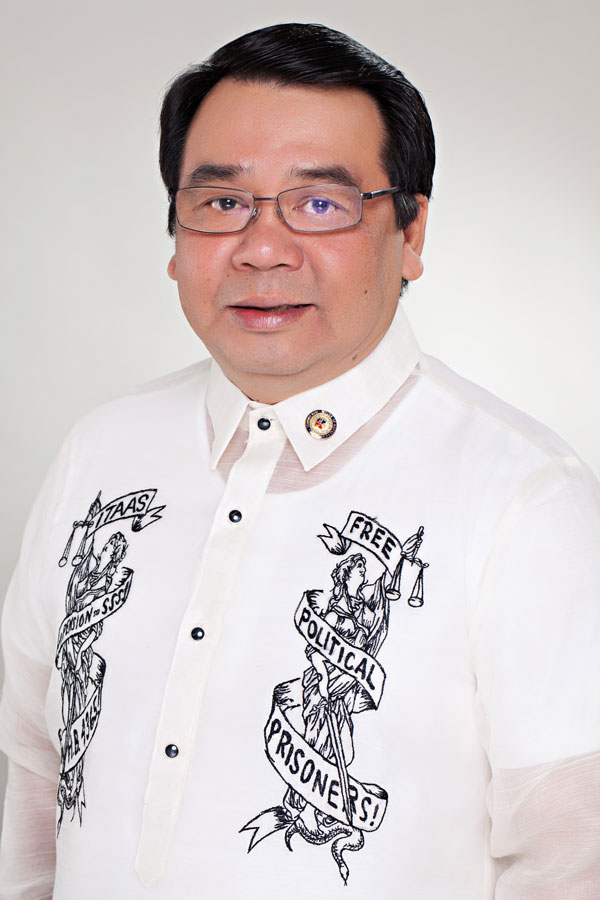 As a human rights lawyer, Mr Colmenares has argued a number of cases before the Supreme Court of the Philippines in support of minorities, including the Party List Election Case in 2000, which led to the Supreme Court ordering that 20 per cent of the seats in Congress be reserved for the marginalised and underrepresented poorer citizens. He also played a central role in bringing about constitutional change following the infamous Pork Barrel Case, a political scandal in which public funds allocated for development projects in the Philippines were being misused by several members of Congress.

In 2005, Mr Colmenares helped organise the Counsels for the Defence against Attacks on Lawyers, a group of lawyers and law students advocating against the unlawful killings and arrests of their colleagues under then President Gloria Arroyo. In 2007, he was elected as founding Secretary General of the National Union of People’s Lawyers, a group of lawyers providing legal aid to the victims of human rights violations.

Mr Colmenares is also acting as Counsel in a complaint against President Duterte for crimes against humanity, filed to the International Criminal Court (ICC) by families of extrajudicial killing victims. Although the Philippines withdrew from the ICC in 2018, and despite it no longer being a party to the treaty that founded the Court, the Rome Statute, the ICC can still try alleged crimes committed when the Philippines was a member (2011 until March 2019). The ICC Prosecutor is expected to resolve the complaint later this year (2020).

Most recently, many lawyers in the Philippines have contested the constitutionality of the country’s new Anti-Terrorism Act of 2020 (3 July 2020). Along with Mr Colmenares, they dispute its vague and overly broad definition of terrorism, how it permits warrantless arrests and allows authorities to hold individuals for weeks without charge. It has been compared to the new national security law introduced in Hong Kong (30 June 2020). Mr Colmenares warns of its potentially chilling effect, ‘it chills freedom of expression. It chills free speech. It chills freedom of the press. It chills freedom of association’. He has been consulted to provide expert guidance in various congressional hearings on the problematic law, and was recently appointed to act as co-counsel by former Philippine Vice-President Jejomar Binay, former Senator Rene Saguisag and other lawyers in the Concerned Lawyers for Civil Liberties petition to declare the new law unconstitutional.

In addition to his work as an attorney, Mr Colmenares was a member of the Philippine House of Representatives for three terms, from 2007-2016, where he served as Senior Deputy Minority Leader of the 16th Congress. During his terms, he authored a number of human rights laws, including the Anti-Torture Law, the Anti-Enforced Disappearance Law and the Philippine Disaster Alert Law. He has also worked tirelessly to ensure compensation for the victims of human rights violations during the rule of President Ferdinand Marcos, whose government was beset with well-documented cases of corruption, brutality and oppression.

Mr Colmenares advocated for the democratic rights of those with disabilities and the elderly. He authored an act creating Special Election Precincts to assist them in voting, as well as introducing the Early Voting Law for media personnel who would be covering the election on the day. He recently appeared before the Parliament of Myanmar regarding the passing of laws for the protection of women, children and minorities.

Federica D’Alessandra, Co-Chair of the IBA Human Rights Law Committee, commented: ‘Throughout his career, Neri Javier Colmenares has drawn on every tool in the legal toolbox, from legislation, to litigation, to advocacy in order to advance human rights and the rule of law for the protection of the Filipino people. With this award the IBA recognises his incredible accomplishments, and celebrates his great resolve as he continues to fight for media freedom, and stand against extrajudicial killings, forced disappearances and unlawful detention in the Philippines. Mr Colmenares is truly an exceptional human rights lawyer, and has contributed hugely to increasing respect for the rule of law and the promotion and protection of human rights. His advocacy is all the more remarkable given the relentless persecution in the Philippines of individuals speaking out against human rights abuses. His continuing determination and courage make him an exceptional awardee. I congratulate him wholeheartedly.’

The IBA Award for Outstanding Contribution by a Legal Practitioner to Human Rights was presented during a virtual ceremony of the SPPI on Monday 9 November 2020, as part of the IBA 2020 - Virtually Together Conference.

The full 2020 SPPI Award Ceremony can be watched here.