As Chief Economist of Deloitte in China, he has strong views on the likely future direction of the world’s second-largest economy. In conversation with the IBA’s Director of Content, James Lewis, Sitao Xu discusses the potential impact of major developments such as Made in China 2025 and the Belt and Road Initiative.

James Lewis: You’ve spent a considerable amount of time advising companies and institutions on how to navigate the many challenges of investing in China. Right now, what would be your main pieces of advice?

Sitao Xu: My main piece of advice is that the Chinese economy is likely to surprise on the upside. Second, some of the risks in China are overstated. Third, the Party Congress is critically important.

JL: You’re saying people are likely to be surprised by the upside. Can you unpack that?

SX: For several reasons. First of all, 2017 has been a great year for most economies, particularly for rich, developed countries. It’s quite rare to see this synchronised recovery of developed countries. Everyone knew the United States was going to do well. But Europe turned out to be a pleasant surprise. Japan has done quite well. China’s economic cycle, as the largest trading nation, is very much linked to developed countries.

So, this bodes well for China. But the most important point I’ve been making in past years is: can you name another major economy in the world where demand is not being met? I can give you numerous examples in housing, the auto sector, the consumer durable, so on and so forth, where demand is not being met. In many other countries, policy makers really try hard to have consumers take on more debt, but that’s not the case in China.

JL: That growing middle class is the really big story in China. And that’s continuing apace, and will do so for years to come.

SX: The main reason is that China is going through what many countries have gone through with per capita gross domestic product slightly above $8,000. So, from $8,000 to, let’s say, $15,000, for most countries, this is just sheer momentum, unless you commit major policy mistakes. You don’t have to do everything perfectly. China is in that sweet spot. Second, China is so diversified. If we compare China with the Eurozone, you have Germany, France, Holland, Belgium. You have Spain and Portugal. You also have Poland and Turkey. I mean, that’s just how diversified our country is.

JL: You also said that the risks aren’t as great as some people perceive them to be. There is a perception that doing business in China is risky.

SX: The leverage clearly is a risk. I don’t have to elaborate on what the rating companies – Moody’s, Standard & Poor’s – have done this year on China’s sovereign risk. So, that’s a big issue, right? Because fast credit growth, in general, has resulted in resource misallocation...

JL: ...a lot of non-performing loans. That has been the case historically, going back ten, 15 years.

SX: Yes. So, the issue is whether the policy makers are tackling that. Actually, I think the Chinese government is addressing that problem. I mean, for four straight months, the credit growth has come down to less than ten per cent. I think that’s a welcome sign. Second, are we willing to take tough decisions to really remove so-called zombie companies?

When we look at Belt and Road, we should view that as a more inclusive economic growth model, meaning you work with both developing and developed countries

I’m not saying China is doing everything right because it’s very difficult for any country to take tough decisions when not in crisis. This is human nature, right? So, most policy makers procrastinate. But, at least in a few areas, the steel sector, for example, we have seen a lot of blast furnaces mothballed, closed temporarily. That’s a welcome sign.

JL: I’m going to pick off some of the major developments. One is Made in China 2025, a huge initiative. Can I get your insight into what impact that’s going to have?

SX: It will have a global impact far beyond China because, in the manufacturing sector, China is so dominant. Whether white goods or brown goods, China has a dominant position. To use a sweeping statement: in several sectors, if China doesn’t make money, no one makes money. That is why industry consolidation in China has global ramifications. 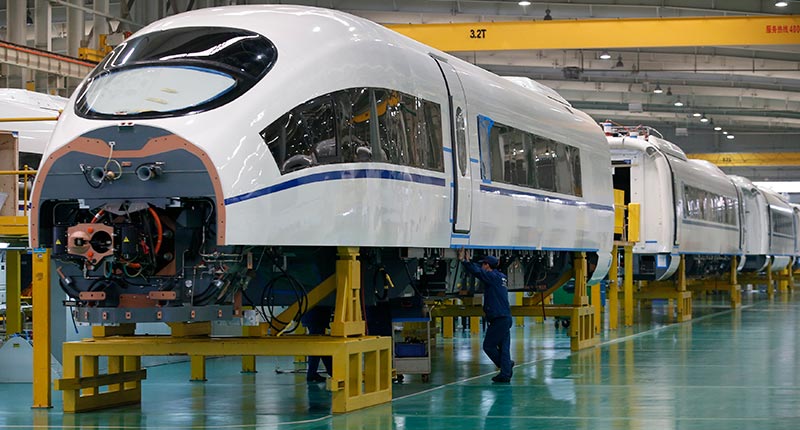 The essence of China 2025 is about upgrading China’s manufacturing capacity. You may view that as an aspiration and a roadmap to turn the manufacturing powerhouse of China into a gigantic Germany or Holland, which means you can produce manufactured products, but sell them at luxury goods prices. If China can do that, what’s going to happen to other industrial countries? A lot of countries will be very nervous. But, if China doesn’t do that right, we could turn some promising industries into industries plagued by overcapacity. This is a very big issue.

JL: You’re talking about becoming a ‘manufacturing powerhouse’. Is that focused on certain sectors? Is there a focus on new technology? Are we talking about mobile payments, driverless cars, electric cars, that sort of thing? Or is it just across the board?

SX: It’s beyond driverless cars. Alternative energy is very big because, in China, we have tasted the bitter fruit of economic success: see the smog in Beijing. Winter is coming in Beijing. It’s been getting better in recent years, but it’s still dreadful. So, that’s really the backdrop for the industry upgrade. We need to pursue green growth.

Beyond driverless cars, beyond alternative energy, there is a focus on a wide range of industries. But, the key issue, is whether China can do that not entirely from the bottom-up so we can avoid some of the mistakes we have made; for example, in the steel sector.

JL: I was talking to an environmental expert yesterday, who’s travelled to China more recently than I have, who says policy makers are talking seriously about addressing the appalling climate problems, the air quality being really detrimental to people’s health, that this is going to become an increasing problem because people on the streets are going to force change.

It has been a problem for a long time now, which is surprising because, when Chinese policy makers want to change things, they can do. What’s the stumbling block here? What’s the timescale for that change occurring?

SX: The biggest stumbling block remains the target of economic growth. I think, in the medium term, this is a trade-off. If you want to pursue green growth, you must accept a lower growth rate. Actually, China doesn’t need a very high growth rate. Its $12tn economy, growing middle class, labour market, means there won’t be any social turmoil if economic growth was down to, let’s say, four per cent.

In the industrial sector, we actually need to shrink the size of the economy. So, there are many reasons for China to embrace a lower growth rate. But, for many political leaders, for various reasons, the mentality is still higher growth. That’s the biggest stumbling block. 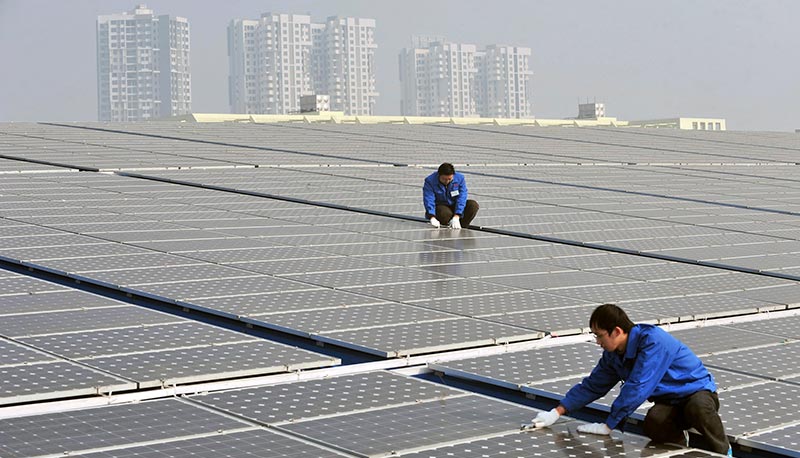 JL: Belt and Road is something that, certainly in the Western press, there’s a lot of focus on. What’s your view on how that’s going to transform the global economy?

I actually would emphasise developed countries because, in order for Chinese companies to thrive in many of the frontier markets, it’s critically important to work with developed countries in order to mitigate geopolitical and political risk. Now, coming back to the essence of China’s growth model, China has made mistakes. But, in general, from 1979 to today, it has been an economic miracle. I don’t think anyone can deny that. There are many lessons, but the most important one, in my opinion, is: at some point, don’t be too dogmatic. In order to achieve sustainable development, we need to have good infrastructure; so, that’s the precondition. China has been repeatedly emphasising.

It’s very important for China to share that experience with some other, less developed countries because, otherwise, some of these countries can never get started.

We have tasted the bitter fruit of economic success: see the smog in Beijing… We need to pursue green growth

JL: People focus on the sheer scale of it – trillions of dollars being invested into these, sort of, regimes that China is putting money into. And the risk factor there alongside Moody’s downgrading of China’s credit rating. I suppose the question is: is it a good idea for China to invest in some of those risky regimes?

China has a lot of experience in working with these countries, which is why it’s very important… Let’s say, for example, if China has a certain investment project in former Soviet Yugoslavia or in Eastern Europe, we should work with German companies, French companies, Italian companies…

This is an abridged version of an interview with Sitao Xu at the IBA Annual Conference in October 2017 in Sydney.