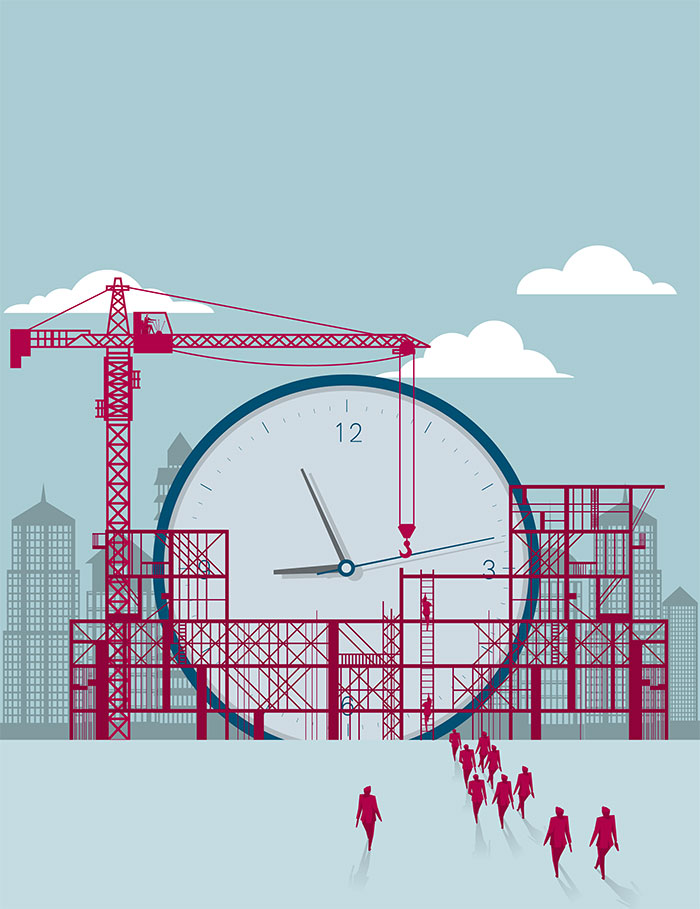 Questions of delay and responsibility for it feature in most construction disputes. Delay cases are complex and expert opinion evidence is often necessary to resolve them.

The United Kingdom Society of Construction Law’s Delay and Disruption Protocol (the ‘Protocol’) is well known to construction industry participants for its explanation of various methodologies that may be used to analyse delay. The Protocol describes itself as a guidance document only and disavows the notion that it should be treated as a statement of law.

Since its first edition in 2002, the Protocol has been referred to by Australian courts in numerous decisions, albeit in generally neutral terms.1 In 2012, the South Australian Supreme Court arguably endorsed the Protocol in Alstom Ltd v Yokogawa Australia Pty Ltd (No 7)2 by finding that a delay expert’s methodology should be rejected for reasons including that it was not recognised by the Protocol (or other reference texts).3

Nevertheless, in White Constructions Pty Ltd v PBS Holdings Pty Ltd (‘White’),4 the Supreme Court of New South Wales (Hammerschlag J) recognised that: ‘The Protocol methods have apparently been accepted into programming or delay analysis lore’.5 There is, at times, a perception in the industry that methods of analysis included in the Protocol ought to be preferred over other methodologies.

In White, the court rejected the party-appointed experts’ evidence despite both experts having used analysis methodologies that are countenanced by the Protocol. Instead, it emphasised the need to select a delay analysis method that has regard to what actually happened on the ground and produces a common-sense analysis of the extent and cause of any actual delay.6

White concerned a project involving the design and construction of sewerage infrastructure. The developer sued two of its consultants for loss and damage that it alleged it had suffered due to the delayed development of the sewerage design. A large component of the damages claimed was delay costs that the developer alleged it was liable to pay to its construction contractor under their construct-only contract because of the delayed design.

The developer was therefore required to establish the delays to the project that had resulted from the design, and that such delays had caused it to suffer loss and damage. While the court found that the developer had failed to establish liability, it nevertheless addressed the parties’ delay evidence.

The parties called delay experts to give evidence. Each expert selected a different delay analysis methodology (‘collapsed as-built’ in the case of the consultants, and ‘as-planned versus as-built windows analysis’ in the case of the developer), both of which are included in the Protocol.7 Each expert disagreed with the methodology that the other had adopted and how the other had applied that methodology.8 The experts’ conclusions were profoundly different.

Remarking that the reports were complex – to ‘the unschooled… impenetrable’10 – the court used a procedure permitted by its procedural rules (but seldom used) to obtain advice from a third expert to critically evaluate the opinions and conclusions of the parties’ experts.11

The court considered the third expert’s assistance to be invaluable, stating: ‘His advice demonstrated that the complexity that has been introduced is a distraction’.12 The court acted upon the third expert’s advice, preferring it to the findings of either of the party-appointed experts.

The court found that neither of the methods adopted by the party-appointed experts was appropriate in the case at hand, and that the following instead was required:14 ‘[C]lose consideration and examination of the actual evidence of what was happening on the ground [to] reveal if the delay in approving the sewerage design actually played a role in delaying the project and, if so, how and by how much. In effect… a common law, common sense approach to causation.’

Delay cases are won or lost on the evidence, and the skill with which the available records of work on site and progress generally are marshalled and analysed. Expert evidence plays a key role, but debates over analysis methodologies should not cloud or distract from the real issues requiring resolution.

The decision in White is an important reminder that complex and often expensive delay analysis will be wasted if fundamental matters, such as the available records and appropriate analysis methodology, are not carefully considered at the outset.