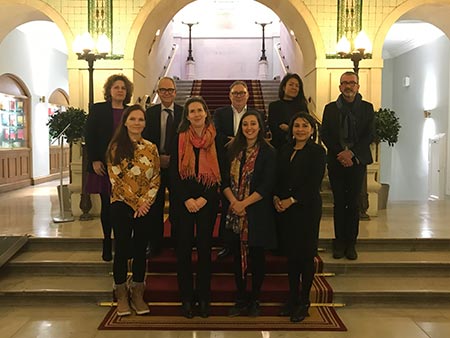 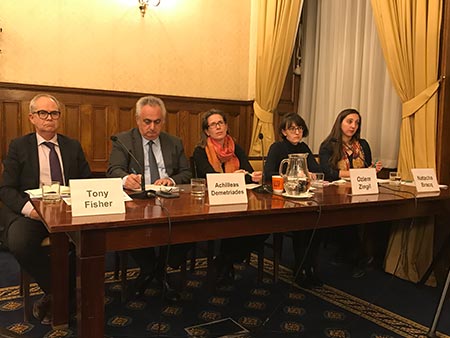 On 24th January 2019, the Day of the Endangered Lawyer aimed to promote solidarity with persecuted and silenced members of the global legal profession, focusing specifically on the situation in Turkey. Since the attempted coup in 2016, over 1500 Turkish lawyers have been prosecuted and reports of lawyers being forcibly and violently removed from courts are increasing. Alongside the persecutions, Recep Tayyip Erdogan’s government has drastically changed the landscape of the judicial council, with roughly 53 percent elected by parliament in 2017 compared to 18 percent in 2010.

For the day of action, the International Bar Association’s Human Rights Institute (IBAHRI) and the Law Society of England and Wales conducted a roundtable meeting of representatives from European bar societies and NGOs and an evening seminar open to the public. As part of the initiative, a joint declaration signed by eleven organisations was published, urging the Turkish government to guarantee independence of the judicial and legal profession, commit to fair and public hearings and end arbitrary detention of lawyers.

The public seminar was led by a panel of experts: Ozlem Zingil (Lawyer,Turkey), Archilleas Demetriades (Specialist Advisor, Cyprus), Tony Fisher (Chair, Law Society Human Rights Committee), Natacha Bracq (Programme Lawyer, IBAHRI) and Marina Brilman (International Human Rights Policy Adviser, Law Society) . Topic covered included execution of judgements from the European Court of Human Rights, Turkey’s membership of the Council of Europe and the use of emergency and codified decrees targeting the right of defence. Muluka Miti-Drummond, IBAHRI Deputy-Director closed the session, arguing that the principle of the European Court of Human Rights requiring the exhaustion of domestic remedies has limited the protection of human rights in Turkey, where there is little or no access to justice.